Home / Fanboying! / Daniel Radcliffe AKA Mr. Harry Potter Is Awesome To Fans Signing Autographs After How To Succeed In Business! 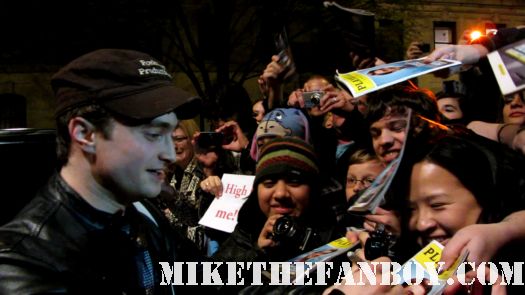 There is no bigger fan of Harry Potter than The Lovely Erica. I know what you are going to say, “Oh, but I…” or perhaps, “My friend has a…” No… Sorry… I think Erica has you beat. So to continue on her adventures in The Big Apple, the lovely young Erica has her sights set on Harry Potter himself Mr. Daniel Radcliffe! He is of course on Broadway doing a little show called How To Succeed In Business Without Really Trying.

And It being New York you just have to wait by the stage door for people to exit. Right? RIGHT? LOL… Anyway, I’m totally for this and so is the Lovely Erica. Especially when it comes to Harry Potter and Daniel Radcliffe!

Take a look at her full report after the jump!

P.S. I love the photo of her getting crushed by Playbills above! Classic!

On the day we went, we arrived while the show is still going and we headed to the far side. We noticed some professional autograph seekers and a paparazzo with a large camera are on our side as well. Not a good sign as stars will generally only sign Playbills so professionals will not come night after night.

I notice Daniel’s ex-Russian hit man bodyguard is scoping out the scene. I politely ask and he confirms that Daniel is now doing Playbills or folio posters from the show only. In his last show, he would sign anything, but that’s probably gotten a little old now. That explains why one guy has a stack of 4 Playbills in front of him.

Security comes over to talk to the big camera guy who is here to take photos of Daniel. Security tries to shoo him off, but the paparazzo goes off on the “I have a job to do and I have a right to be here” speech which security counters with “if you are here, we will not bring Daniel over.” The paparazzo shrugs it off, but we get worried and jump to the other side of the barricade.

The stupid pros then follow us over to the other side so security comes and clears them out (this side is for ticket holders only). So now the pros are on the other side and its just us fans the other. 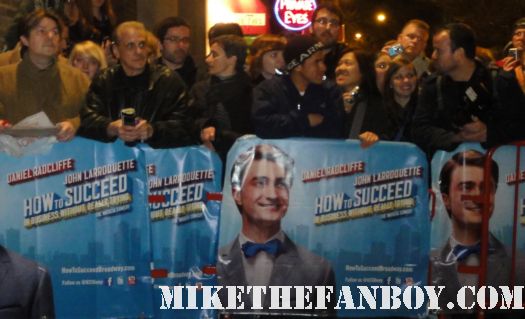 The crowd starts to build and the pap keeps taking test shots of us…ugh! As people layer in, security tells us to keep Playbills low as Daniel is not that tall. I also call out for the front row to duck when possible since backing out does not work. We all agree as we are a happy, organized crowd and it’s pretty loose even though there are lots of people.

The show ends and we see a lot of the cast scramble to get out before the madness. My friend Elisa is with us and she recognizes many cast members who do some quick signatures. As a crowd, we all work with each other and duck and pass things forward so it’s all good.

John Larroquette comes out first and methodically signs for everyone in the crowd. He’s pleased when someone references his guest spot on Chuck saying he likes the show and really did it because of (Zachary) Levi. He basically signs for all and then heads out.

It takes some time for Daniel to get out as he has to greet everyone’s guests before he can go home. Such a nice guy! 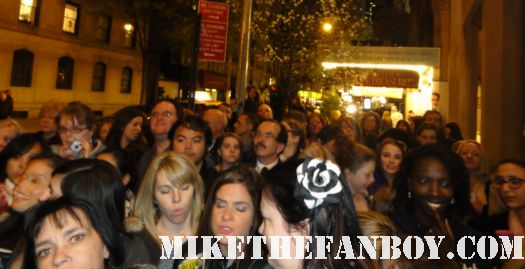 Daniel Radcliffe finally comes out and starts signing. Strangely, he is reaching up and taking his time. 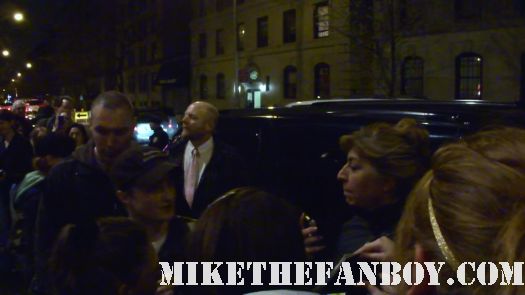 (normally he signs for the ones that are immediately eye level). He gets a proposal from the crowd and barely batters an eye while he pockets the engagement ring in stride. 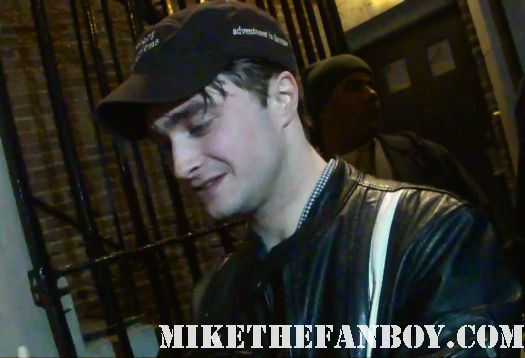 He is as amiable as ever and chats and thanks the crowd constantly. 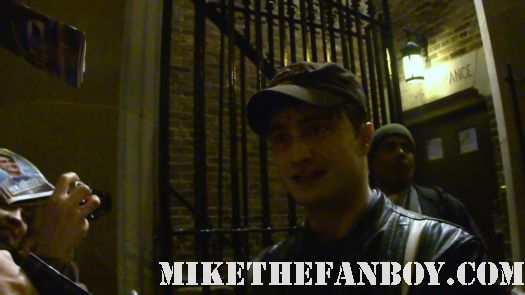 He covers quite a bit, but doesn’t stop for pictures or anything. 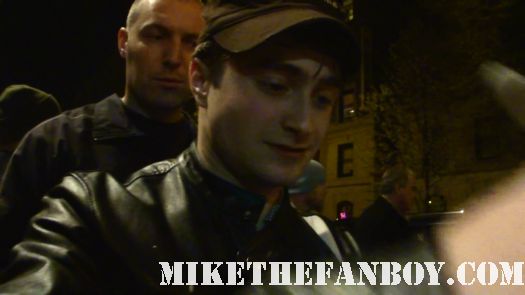 Then, shockingly, he gets straight into the car without a look at the other side where the pros and some fans are waiting. Security was good on their word and did not take Daniel over to where the pros were in wait. The look of disbelief on the young girls’ faces was heartbreaking, especially since I have been there before!

Yep, the professionals ruin things for others, even when they’ve been warned. And all the paparazzo got were pictures of the back of Dan’s head at best…his body guards were standing around behind him so there really wasn’t a shot for them.

I’m so glad we switched sides! 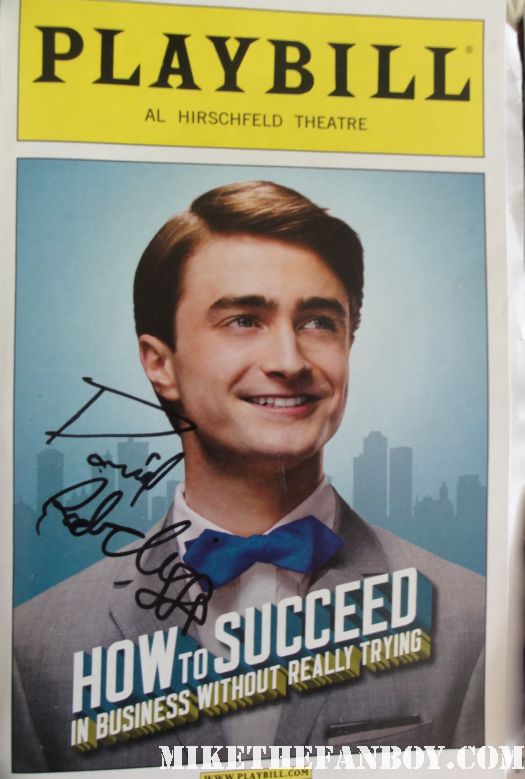