Home / Daniel • Fanboying! • Theater / Meeting Harry Potter Himself AKA Daniel Radcliffe After His Play The Cripple Of Inishmaan At The Noel Coward Theater! Autographs! Photos! And More!

It’s been a little while since we’ve heard from Daniel, but he’s back with a pretty awesome success! While out and about Daniel was able to meet another Daniel… None other than Daniel Radcliffe!

Mr. Potter! In the flesh! NICE!

Daniel is awesome and a super cool guy!

Check out Daniel’s report after the jump!

Hi Guys, sorry it has been a few months, haven’t really been out to collect autographs lately, crazy I know! Since Daniel Radcliffe was at the Noel Coward Theatre in London, I thought why not go and give it a shot, the chances to meet him don’t come up that often do they? He’s starring in the play ‘The Cripple Of Inishmaan’ until August 31st. I heard it gets pretty busy at this theatre, but surely I have to make the effort and meet Harry Potter in the flesh!

Firstly,I decide to arrive at the theatre at around roughly 8pm (yes 8pm!) The show started at 7pm but I must make sure that I guarantee a place on the first row of the barrier, otherwise there isn’t a large chance of obtaining his autograph or even a photo with him! There are already a few girls waiting for him already, about 10 or so, majority of them are American, funnily enough. This is going to be a long night…. 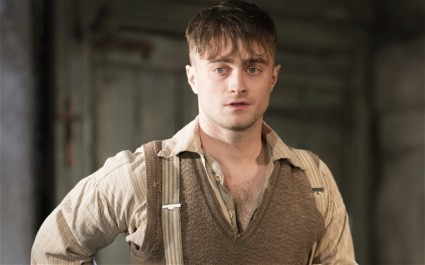 Secondly,at around 9pm, the amount of people waiting here is quite significant, there are at least two rows of people waiting here, about an hour before the show is due to finish! I begin to chat with a few other autograph collectors I know, its good to hear some other stories from people to pass the time. The people here are friendly and acknowledge that I am going to be in the first row itself!

At about 10pm, the show ends and the audience from the show are clearing quite fast, the amount of people here is now crazy! Its at least 5-6 rows of people wanting to meet Daniel! Security comes out from the theatre and puts barriers up for the crowd that are waiting. I manage to grab a spot in the front row, hope this turns out well!

At around 10.45pm, the stage door opens and out comes Daniel Radcliffe! 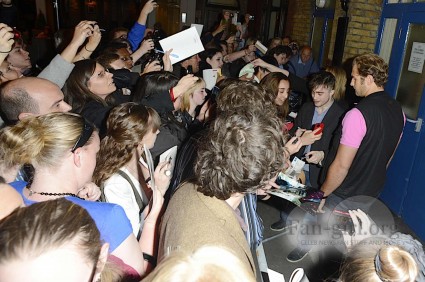 people are going crazy for him, he goes over to the left hand side and works his way towards the right. His security guard is with him and makes sure that everyones safe. 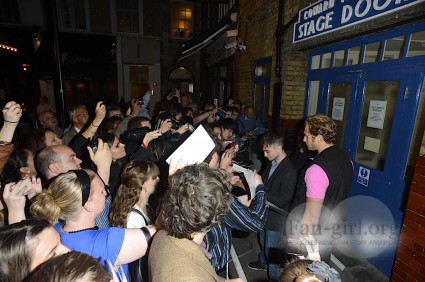 Daniel reaches to me and I obtain his autograph, then I ask him for a photo and he agrees! I have no choice to take the picture myself, so I snap away and it comes out perfect! 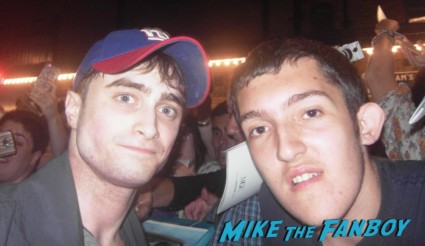 A late night, but it was worth it….