I’m so jealous of James right now. He’s tormenting me! Dave Stewart! You know, I love the Eurythmics so much and I’ve never seen Dave Stewart. NEVER! I’ve had the pleasure of meeting Annie Lennox a couple times but never Dave.

Plus, James met LOST Star Matthew Fox… Nice! That alone is an amazing day, but no… James met even more peeps!

Check out his full BBC report below!

Me again, I’m back after a bit of a break! I went to the BBC on Wednesday (18th Sept) primarily to ask Fearne Cotton if someone is live on her show on Friday, to save the disappointment of turning up and it not being, as well as to meet a friend I’ve not seen in a while. It turned into a a pretty decent day!

When I arrived, I found out Matthew Fox of Lost fame was inside for an interview. About 15 minutes later he left and was more than happy to sign my autograph book and to pose for a photo with me. He was really friendly, which made a nice change to how he was when I met him during his theatre run a couple of years ago (he was rather rude to say the least…) 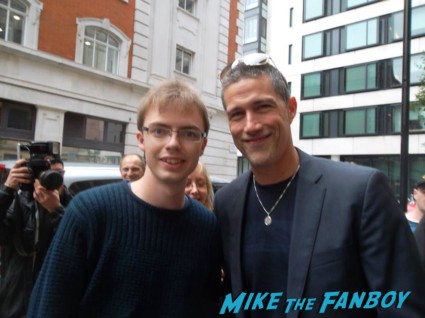 Shortly after, Dave Stewart of Eurythmics arrived; I got two index cards signed (one for a friend) and a photo with him. I’ve met Annie Lennox before, so it was nice to complete the Eurythmics set. Just a shame I didn’t know in advance otherwise I’d have brought my CD signed by Annie! 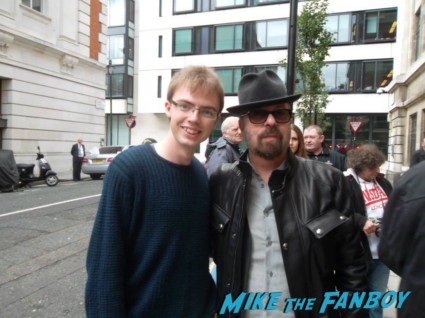 It must be music day at the BBC, as before long Gary Numan arrived in a black cab (!) and was great to all of us waiting. He kindly signed and dedicated an index card and posed for a photo with me. Another new autograph for my music collection! 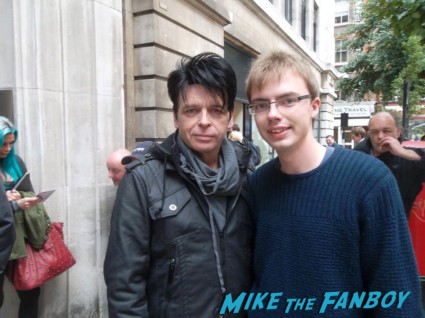 Headed over to Radio 1; DJ Fearne Cotton left – I got an answer to my question, good news for me! Guess I’ll be back at the studios in the morning! Birdy (no, I don’t know where the nickname comes from either) left, and signed an index card for me, and posed for a photo. She’s probably best known for her songs on the Hunger Gamesand Brave soundtracks, and for her awesome cover of Skinny Love by Bon Iver. For me, however, she is another addition to my Paralympic/Olympic Ceremonies set. 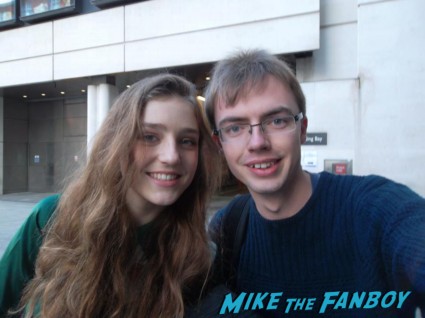 Back at Radio 2, Huey Morgan of Fun Lovin’ Criminals left, and signed an index card for me, as did Eastenders actress Barbara Windsor, who also posed for a photo with me. 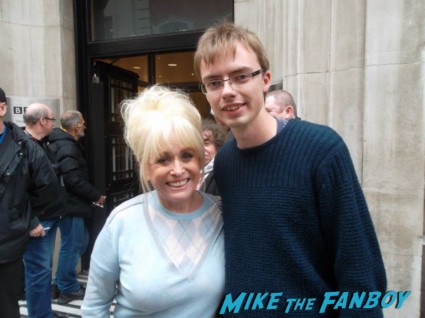 The last one of the day for me was also, I think, my favourite; Bill Medley of The Righteous Brothers, a duo best known for their hits ”Unchained Melody” and “You’ve Lost That Lovin Feeling”, whilst Bill as a solo artist is best known for “(I’ve Had) The Time of My Life” from Dirty Dancing. As he left he was happy to sign an index card and to pose for a photo with me. Rather chuffed, this is one of my favourite music autographs in a while! 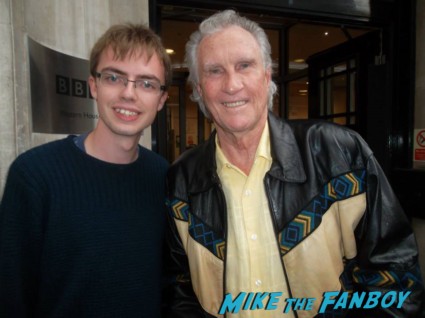 I missed singer Kiki Dee at some stage, but not too worried after having such a nice day!

Make sure and check out James page here! 🙂