David Duchovny, God love the man. Suddenly Susan and I headed out to meet the X-Files star. Now, if you remember we were lucky enough to get into the SDCC X-Files signing with Chris Carter, Gillian Anderson and some of the Lone Gunmen.

David Duchovny was on the same show as Danai Gurira who again, you might remember from the April Fool’s Day disaster of 2014.

Suddenly Susan was dealing with her giant poster and it was so windy it kept blowing everywhere. Doh! 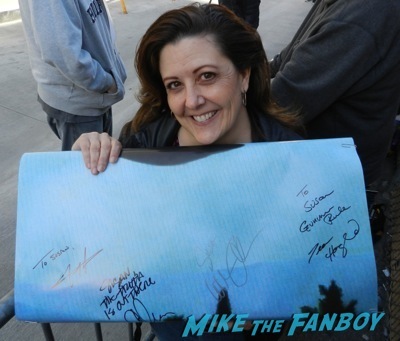 It looks great though, it’s the replica of the poster that Mulder had in his office during X-Files.

Suddenly, even though we were trapped in a wind tunnel the time was passing quickly. Then before we knew it… Out came David Duchovny! 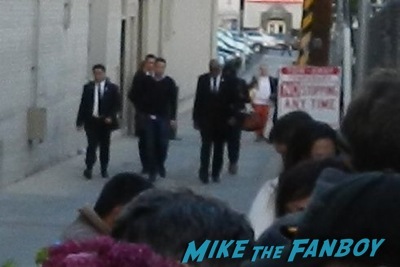 We didn’t even have to yell, David Duchovny came right on over to greet the fans. Very classy! 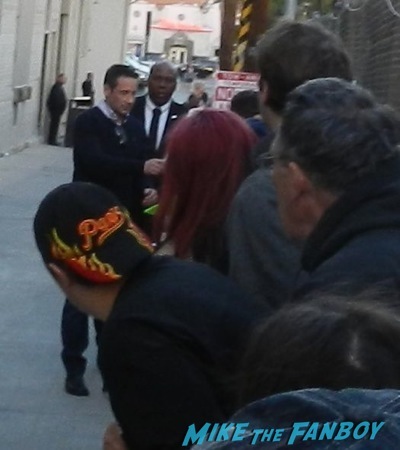 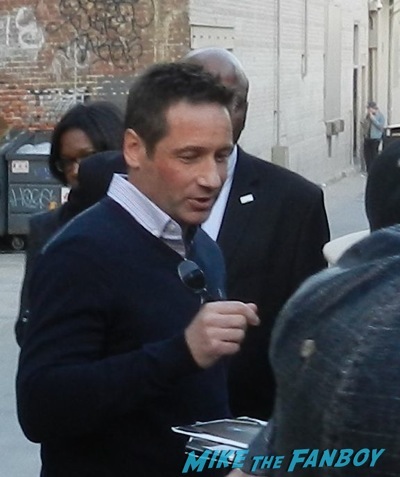 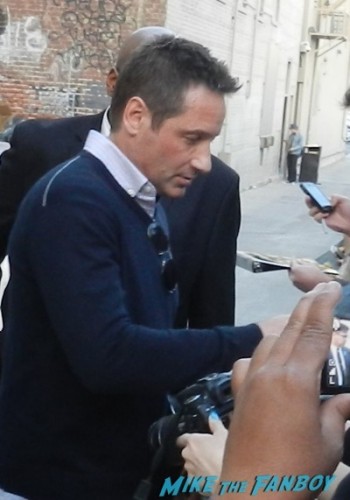 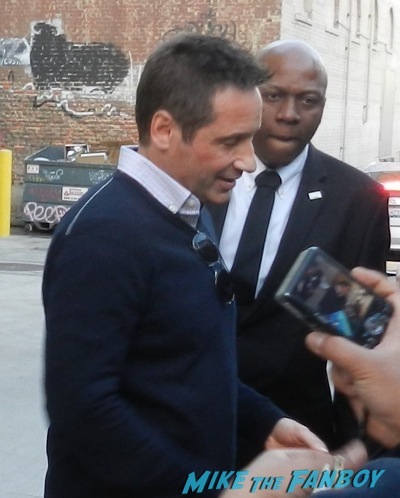 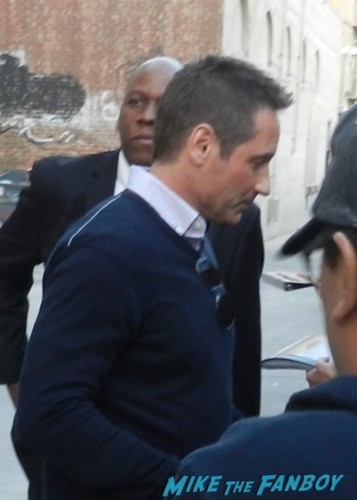 He was very nice, not too chatty but very cordial. He signed one each down the line. Susan clutched her poster with giddy glee. I had my press kit and counter standee, which one to get done? 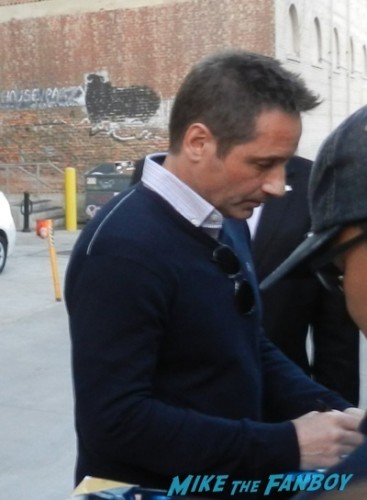 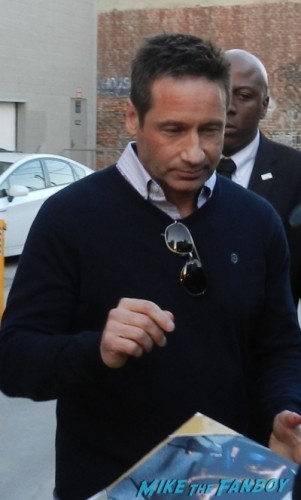 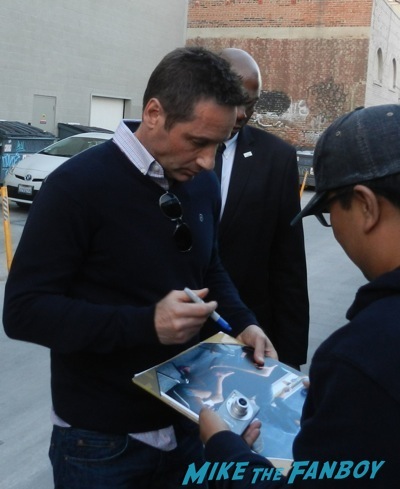 Clearly, I had to go with the one that Mary Louise Parker already signed. David saw Susan’s poster and asked her how long it took her to get everyone to sign it, Susan said, a few years! It’s hard to get a full cast! 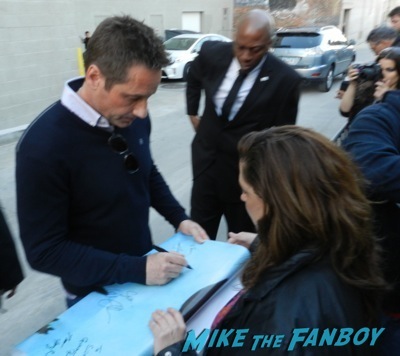 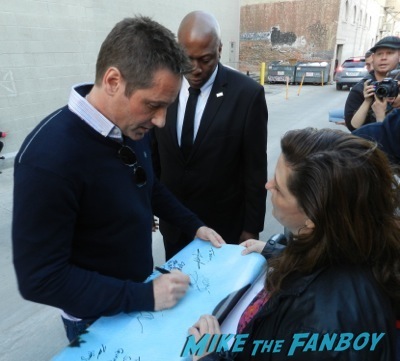 David Duchovny made sure everyone got one and was taken care of. It was really cool of him and like I said, very classy! 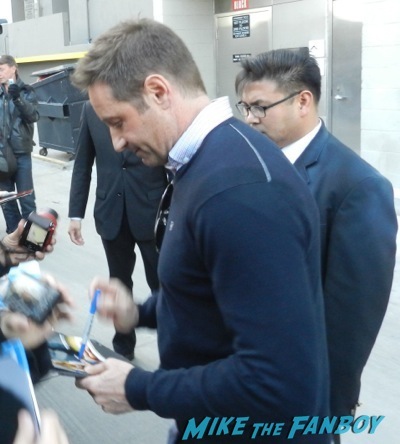 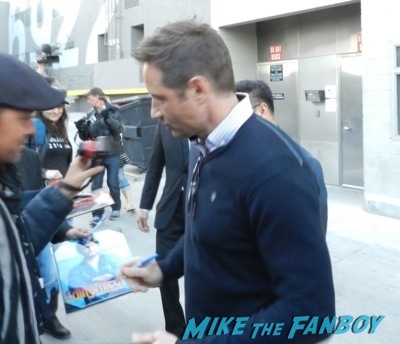 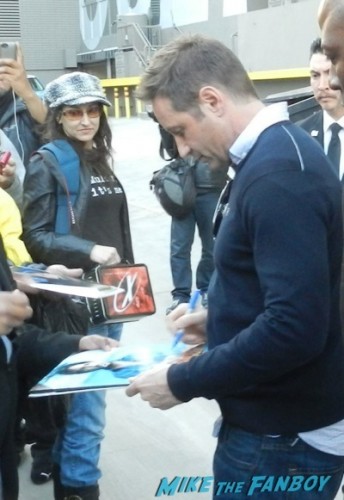 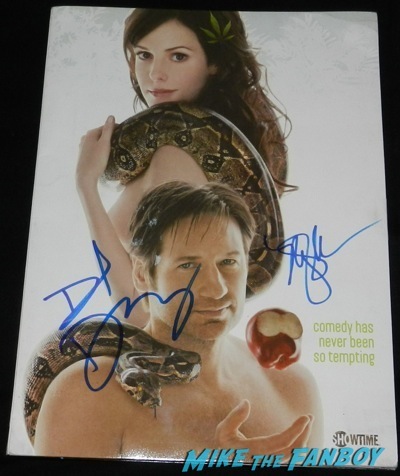