Superhero films have been filling the multiplexes for the past five or six years now and there’s no end in sight. In fact, it seems like every superhero is going to get their own movie at some point, no matter if the audience is getting superhero fatigue or not. Something fresh and interesting has to come along that will reignite the genre and I’m happy to say… That day has come. 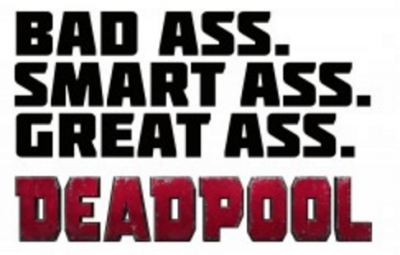 Deadpool, out now on blu-ray is the freshest and most unique films I think I’ve seen all year. Yes, Deadpool is a superhero, no Deadpool is not a hero, Deadpool is out for himself and I wouldn’t have it any other way. First appearing in Wolverine: Origins, Deadpool (Ryan Reynolds) was a fast talking sword wielding smart ass, and throughout that movie he got killed, brought back to life and his mouth was stitched shut. 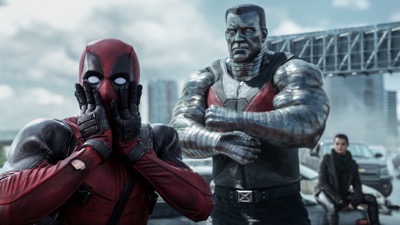 Thankfully, no one remembers Wolverine: Origins or has chosen to forget it existed. This Deadpool (Once again played by Ryan Reynolds) is a whole different bag of worms. As the film opens we are treated to one of the best opening credits sequences in film this year and then one of the best action-comedy moments as well. Deadpan is taking a taxi to catch a bad guy, who we know only as Francis (Ed Skrein). He also goes by Ajax as Deadpool tells us in a series of flashbacks that happened all throughout the film.

Francis is the man responsible for turning Wade Wilson into Deadpool, he scarred Wade to the point his disfigurement made “normal” life impossible for Wade, at least in his opinion. The plot itself, Deadpool is after the man who hurt him is formulaic, this is a superhero movie, and if you didn’t get the idea from the main credit sequence, it’s a meta superhero movie that knows the basic plot is standard. That’s sort of the joke here. Everything is done with a wink and a nod. 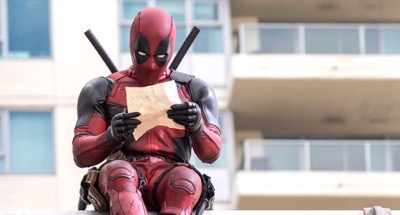 Ryan Reynolds really excels in his role here, you know where he was cloying and so miscast as Green Lantern, as Deadpool, Reynolds nails every beat and is pitch perfect. There’s no one else who could have possibly played Deadpool, this is the role that Ryan Reynolds was born to do and he’s nothing short of awesome.

I also love the fact that it’s an “R” rated superhero film! People die! There’s swearing, it’s not the bland neutered Marvel films (which I also love, but let’s face it, Black Widow and Hawkeye would have died a long time ago if the Marvel universe was real life. They get thrown into planes and off buildings and don’t have a back ache? Come on!) this is something all together different. In fact, Deadpool worked so well, it might be influencing the newest Wolverine film. That’s pretty impressive. 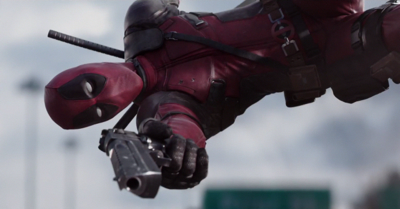 Deadpool arrives on Blu-ray thanks to 20th Century Fox Home Entertainment in an amazing transfer. As one would expect the picture quality is crisp and clear with fine details throughout, even in the high intensity action sequences. Even in the Deadpool suit you can see the fabric and texture’s so clearly including the small spots where there is damage from fighting. It’s really impressive. It’s these details that one might miss when seeing it on the big screen. 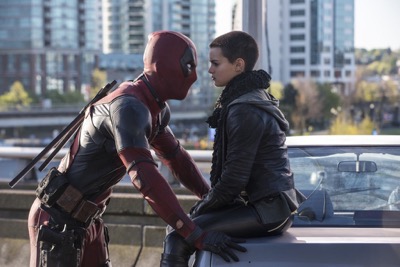 Bonus Features on this release are:

About 20 minutes of deleted or extended scenes as well as a six minute gag reel.

There are two audio commentaries I really enjoyed, one with star Ryan Reynolds along with writers Rhett Reese and Paul Wernick and one with director Tim Miller and Deadpool co-creator Rob Liefeld.

From Comics to Screen… This is a set of five different featurettes covering the films production, special effects, origins and more. Truly worth a look.

There is a gallery with different photos of concept art, Costumes and Storyboards.

There is Deadpool’s Fun Sack which features some interview videos with Ryan Reynolds and some additional stills.

To be honest, I was expecting a little more, but it’s not bad. 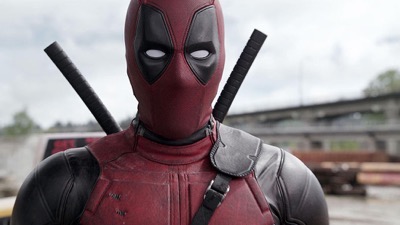 Overall, there’s no way you can’t love this movie. I knew I would like it, but I didn’t realize how much I was going to love it. Ryan Reynolds is just so good in the role and if you’re anything like me, you’re going to find yourself grinning from ear to ear the whole time. The plot takes a backseat to character and the in-jokes and banter are so well done. Kudos!

Deadpool is out now on Blu-ray!