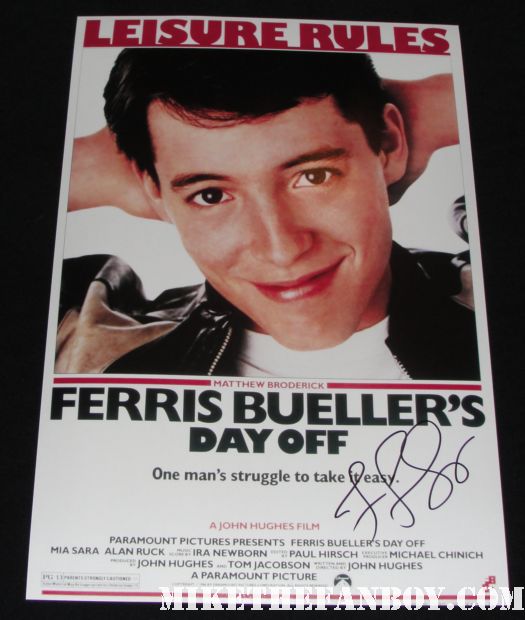 I just got a call about a small event tonight in Beverly Hills. The legendary Mr. Joel Grey is being honored with a lifetime achievement award. Now, while I have a couple things for Mr. Grey I really would like his daughter Ferris Bueller star Ms. Jennifer Grey. Also a little bird told me that Mr. Joel Grey’s good friend Ron Rifkin might also show up. And I, being a gigantic Alias fan have always wanted to meet Mr. Ron Rifkin. For the uninitiated Ron Rifkin played Arvin Sloane the evil head of SD6. I called Scotty and he was all excited because he has always wanted Jennifer Grey on his Dirty Dancing DVD. So, I’m heading out, and he’s meeting me up there.

6:22 p.m. – I just arrived and parked. The press are all lined up and seem to be getting ready. So far I’m the only one here. I figured there would be at least a few people… but nope. Just me.

6:31 p.m. – The press line is inside and I’m outside. The problem with this venue is that the celebrities can garage underneath and just take the elevator up. So, theoretically you could miss everyone, or just see them arrive in the lobby, and watch like Oliver on the cold London streets begging for food.

6:32 p.m. – I would like to credit my friend Liz for that over dramatic sentiment. She wrote that when complaining about a professor in college and I have loved using it to torture her with ever since. (insert Mike smiling here)

6:35 p.m. – Oh… I can see Joel Grey through the window. Damn… I brought my Oz and Alias posters for him… Ah well. He isn’t with Jennifer Grey so there’s still hope.

6:38 p.m. – Oh Scotty just arrived. We are both watching through the window. Sigh…

6:40 p.m. – I spot Clark Gregg. Clark is married to Ms. Jennifer Grey but you probably know him best as Agent Phil Coulson from Iron Man, Thor, The Incredible Hulk, Captain America, Iron Man 2 etc… I have my Thor poster and my 500 Days of Summer poster for him as well.

6:45 p.m. – Okay now Clark is coming back. I have my Thor poster out and ask him if would mind signing. He’s like “Sure!” Such a nice guy. I asked him if he’s seen the movie yet. He said, no, but he’s seen parts of it and it looks good. I say I’m glad cause I’m very excited to see it. 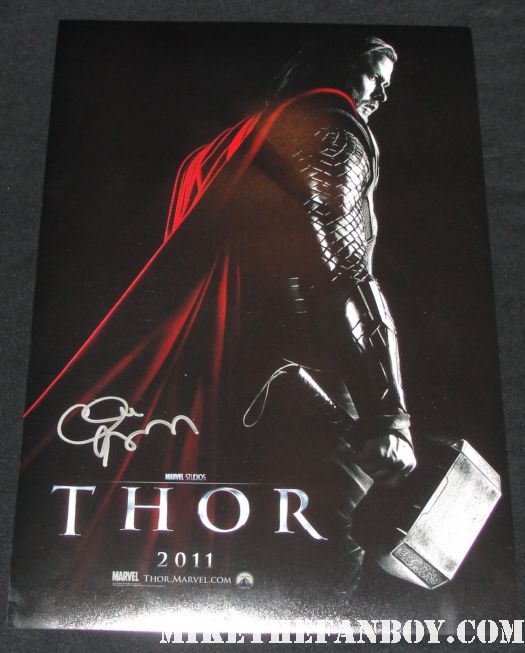 6:48 p.m. – Scotty and I are both a little shocked that we are the only ones here. I mean Jennifer did just win Dancing with the Stars. I dunno, you just never know sometimes. I mean there were times I was sure there would be no one there, and it was a mob scene, so I guess you just never know.

6:49 p.m. – Out of the corner of my eye I spot someone walking down the street. It’s Ron Rifkin. I grab my Alias poster and give Scotty my Alias DVD set the special Rambaldi box edition.

6:50 p.m. – Mr. Rifkin is walking past, and I asked him if he would mind signing my Alias poster. He stops and is happy to sign. I literally started fanning out. I started going on and on about how Alias is my favorite show and how good it was. He says “Oh wow… well… thanks…” lol… I’m a dork. I should call my site mike the dorkboy.com… lol… 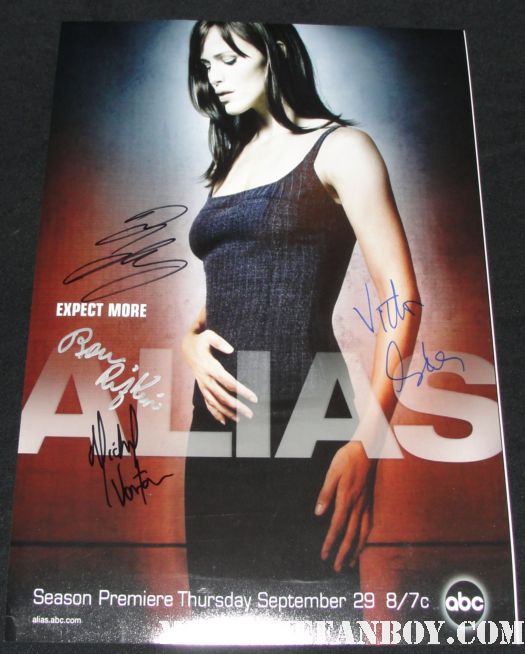 6:51 p.m. – Scotty asked Mr. Rifkin to sign the DVD set and he does. It was a simple interaction, but I’m very happy. 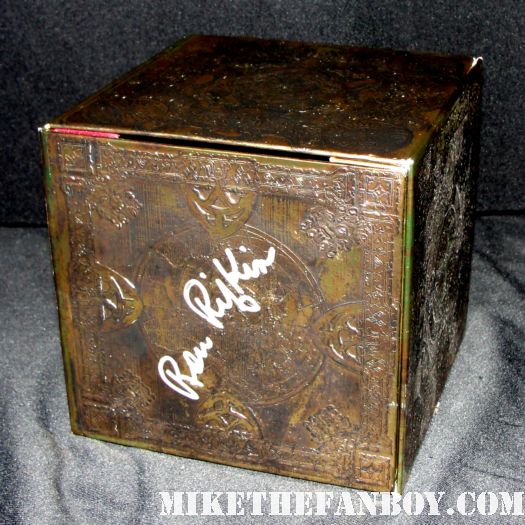 6:52 p.m. – Scotty just noticed Jennifer Grey arrived. We can see through the window. Man, the chances that she and her husband are going to leave again are slim. Sigh… 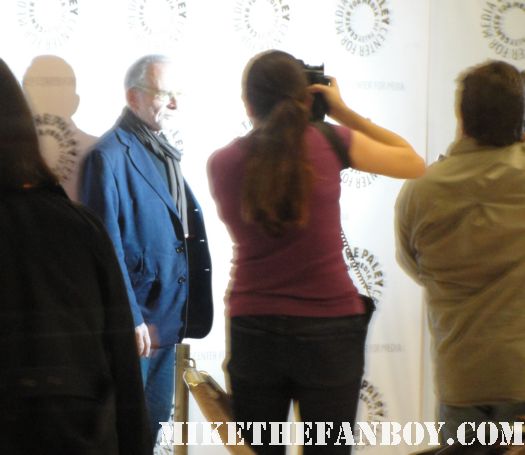 6:56 p.m. – I have this really cool original counter standee from Ferris Bueller’s Day off that dates back to the original VHS release. And I also have a mini poster for Ferris Bueller as well. Scotty has a laserdisc… also for Ferris… 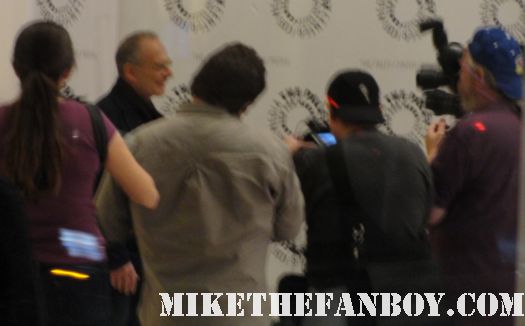 7:01 p.m. – The event has started. Scotty keeps saying it looks like Jennifer is coming this way, but I’m being pig headed and dismissing him. I’m like dude the event is starting hello!

7:06 p.m. – Scotty yells at me… She’s coming she’s coming! I look over and sure enough he’s right. Jennifer is leaving, I grab the standee, but I’m fumbling around and can’t grab the poster. Grrrr….

7:07 p.m. – We ask Jennifer if she would mind signing and she’s like sure! When she seems the standee she went, wow that’s cool. Then she signed both of Scotty’s DVD’s. 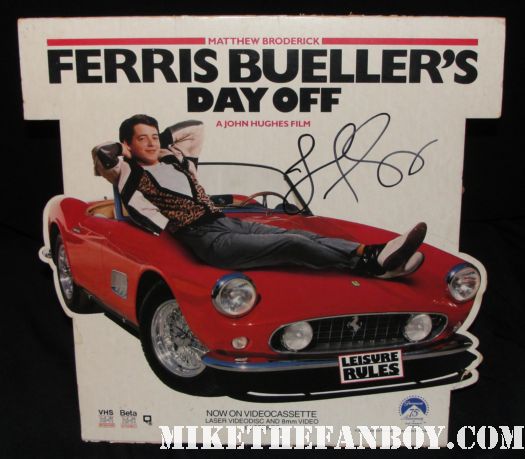 7:14 p.m. – Scotty and I are hanging out to see if they would mind signing one more. I hate asking twice, but since it’s only the two of us, and we only have a couple things each I’m not really worried about it.

7:21 p.m. – It is such a nice night! Scotty and I are just chilling and hanging out… Ah a casual night for once! Lol…

7:34 p.m. – Oh that looks like Clark Gregg and Jennifer Grey. I have my Ferris Bueller poster and Scotty took my 500 Days of Summer poster.

7:35 p.m. – We wait and I asked Jennifer if she would mind signing one more. She was like sure! God, if I had 50 things she would sign them! Lol… I just have a hard time asking for more than two or three, I think more than that is greedy. Unless it’s a mob scene and people are just signing and signing away. 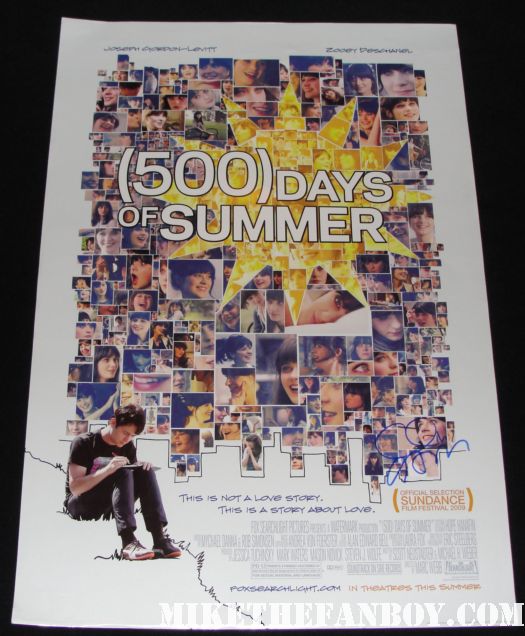 7:36 p.m. – Scotty got my 500 Days of Summer poster signed by Clark Gregg and that was our evening. It really was a fun night. It was simple we didn’t have to wait hours and hours on end; there was no fighting with people. Calm and fun. Whoo hoo… I wish more nights out on the town were as simple as this. Plus what fortunate luck they actually left the building for food! 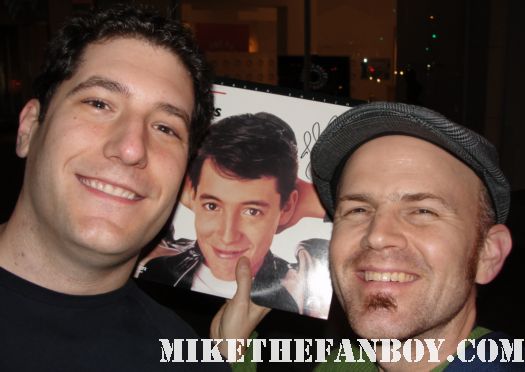