Ah Evanescence, you know I was really into them back oh… six or seven years ago now… While my love has slightly wained, The Novel Strumpet is taking a break from giving you all the news from the literature world and now taking you to the scene of the Evanescence concert from the Hollywood Palladium! Whoo hoo!

Our Strumpet has a wonderful review of the show and some photos as well.. so make sure and check out Amy Lee in all her glory after the jump!

Evanescence at the Hollywood Palladium:

October 11th, not only saw the drop of a new Evanescence album (my little inner emo is still smiling – meaning the corner of her mouth lifted a tad before she went back to looking forlorn and bored) but I got to see them at the Hollywood Palladium, which was awesome. 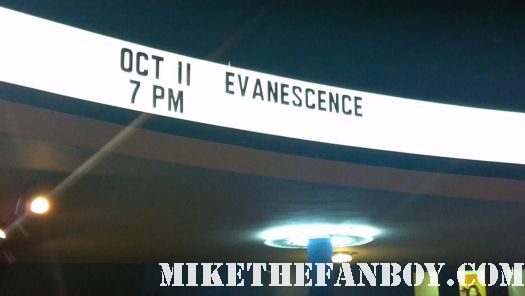 I’ve never gotten to see them live before, and to able to do so in a smaller venue was amazing. Except the tall people. I swear there is a memo out there to everyone over 5’1” to find me and stand/sit/lie/etc. in front of me, and I will find the person who sent it….oh yes, I will find you…… One day, when I become Empress of the Universe, I shall make a height rule for everything. That way, people over 5’4” cannot stand in front of me and block my sight line. Of course, when I’m Empress of the Universe, I can sit/stand onstage if I want to so it’ll be a moot point and I’ll just let you plebian hordes suffer…mwahahahahahahaha…….

The whole thing was supposed to “start” at 7pm, which basically meant the doors opened then. I got off work at 7pm, but thankfully only work 15 minutes by car from the venue (which means 2 miles in LA). There was a line swinging around the building and the next block. 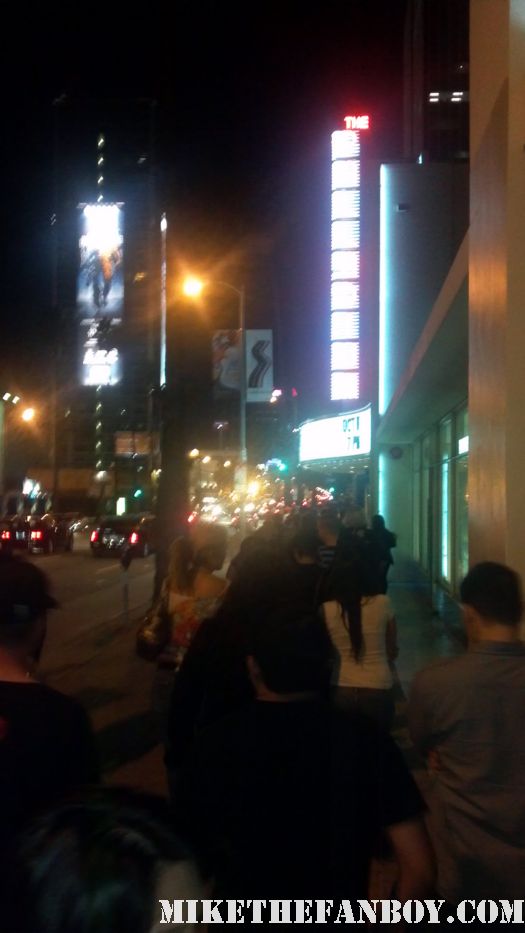 The inside was interesting, definitely had that music venue feel from way back, kind of shady but kind of cool. It’s set up in a half circular shape with balconies…kind of felt like Rocky Horror meets Xanadu. Lots of red neon…LOVE IT! I decided to take a chance and risk the “pit” of emo hordes…I mean I run the risk of not having the most amount of black on and not looking apathetic enough. It’s dangerous down here… 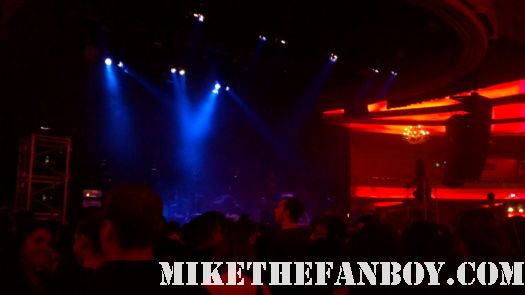 *Notice I am kind of center, just a little ways back from the stage.

The first band was the Rival Suns. They’re from Long Beach and sound like Led Zepplin to me. I’m not the biggest fan of LZ, but they were good and had some great energy. *Still standing in my decent spot…

Next, were the Pretty Reckless, or as I call them now my new obsession. They were awesome, and I fully admit I love bands with loud female lead singers because I’m just like them. You know, minus the whole talent thing. But I got volume in spades. I must have their album…I MUST! Someone near me that I was chatting with said that they have a song on the “Kick Ass” soundtrack. 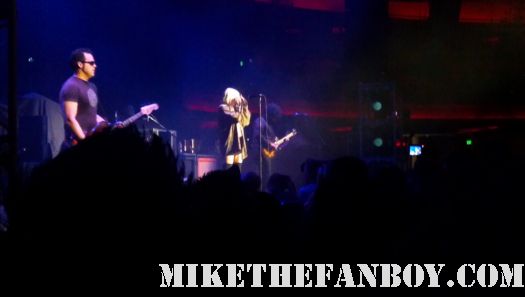 *Notice I have now moved slightly closer and further to the side of the stage. Grrrrrr…tall people.

So I’m standing there all set, decent sight line so long as no one moves their head, chatting with some fun fans – and we’re all staring and shoving the two most obnoxious girls I have ever seen. It makes me sad how little self-esteem some people have. That’s the only reason to be that drunk, act that “we’re so hot” (and I’m woman enough to admit they were really attractive girls – bitches), and then sling their hair in my face which then caused some words to fly back and forth – I won’t bother with that here because I’m above it….but I won. Then the lights went out and everyone around us closed ranks quickly, which meant my really nice view was now completely obstructed…sigh.

So I decided to move back from the stage a bit and little to the side since it seemed pretty open. Then the moment we were all here for….EVANESCENCE!!!!! To say that Amy Lee can wail is an understatement, that woman is seriously disgusting: 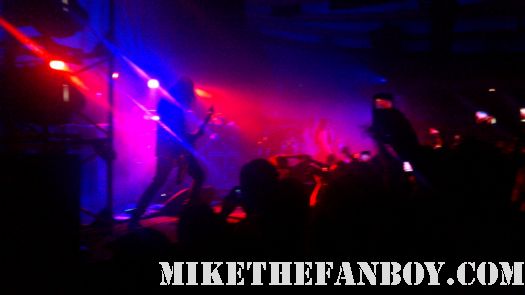 I just got this phone, so I haven’t figured out how to take the best pictures on it…plus the lights right in my face didn’t help, but who cares because it’s Evanescence and they are awesome!!! Of course they started with their new single “What You Want”, hands went flying up, voices started singing along…man I love this vibe. And not once did her voice ever stop being amazing…. 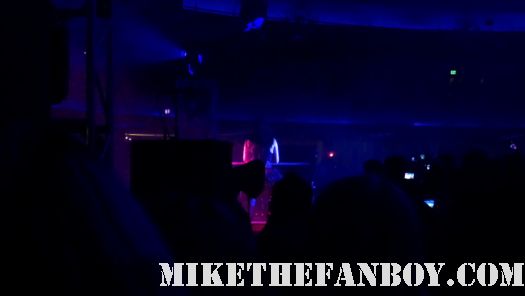 Fast songs, slow songs, they were all amazing, the band was amazing, of course the singer was amazing. Have I told you it’s amazing? Did they play new stuff, yes. Did they play older stuff that we all love and adore? Of course! “Bring Me To Life” – check, “Your Star” – check, “Imaginary” – check, “Call Me When You’re Sober” – check, “Lithium” – check…oh it goes on and on:

I finally gave up trying to be as close and just started to move around the sides as my view changed. Yeah, I lost all of the band unless the guitarist nearest me decided to come up front and put his foot on the speaker and toss his hair around while playing some awesome riffs. Catch that? I’m all speaking music/rocker like 😛 Ok, every now and then the drummers head would be in view as well. But by the time I got to that spot I just stopped trying to get any good shots/vids and just started rocking out and dancing. That’s right I started dancing…what of it? I mean this is emo dancing, it’s not like I’m moving around that much. Basically I’m just standing in one spot swaying and flinging my hair around…like the guitarist…only without the instrument. Could explain the stiff neck today. I’m too old for this and DON’T CARE!
Had my new momentary friends snap a shot of me after: 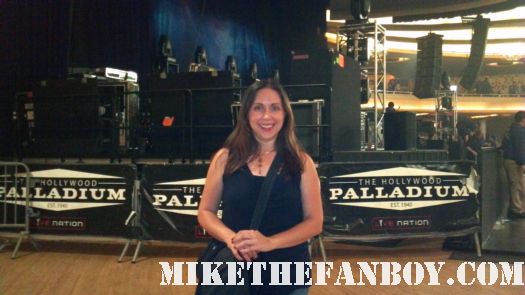 Yeah, this pretty much destroys my emo street cred because I’m smiling too much. Whatever. It was an awesome night. Got to see one of my all time, most favorite bands live. Got to discover a new and soon to be all time favorite band live. Got to verbally bitch slap some annoying cheerleader type. Got to dance around and rock out to some awesome music. Got to go to In-n-Out to finally grab some food. Got to bed at 2am.

Yeah, you’re jealous. Admit it. Oh, and you should be.