If there’s one man who knows his way around a sword and sandals epic, it’s Ridley Scott. He’s the man behind bringing Russell Crowe to the masses in Gladiator and basically reinvigorated that genre of filmmaking. Now, Ridley Scott is putting his own twist on the sword and sandals genre by doing the classic religious tale of Moses. 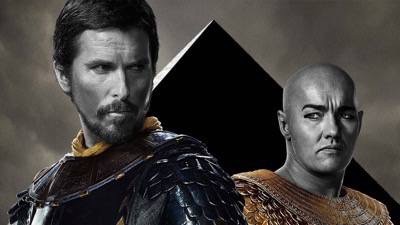 The story of Moses is a classic tale, no matter what your religious views, it is an epic struggle detailing the Jews’ fight to get out of slavery in to a brave new world. As religious tales are becoming big business at the box office, Hollywood is trying to cash in. While Exodus: Gods and Kings, out now on blu-ray, never goes into the over-the-top ether as Darren Aronofsky’s Noah, it also isn’t as slavish to the source material as one might expect.

Exodus: Gods and Kings opens with Moses (Christian Bale) as an adult. He’s about to meet up with Ramesses II (Joel Edgerton) who is battling an invasion with the Hittites. There a prophecy revealed by a priestess to Seti I (John Turturro) that one of the two men, who are brothers of a sort, will be spared. The brother who saves the other will go on to be a great leader. 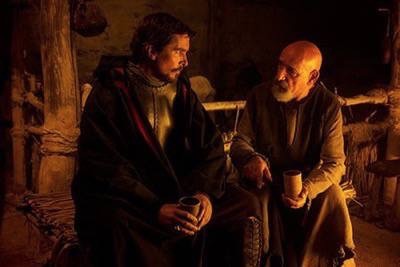 As we all know, that man is Moses and the prophecy happened just as the priestess foretold. Moses saves Ramesses but the events that it sets up, of course changes the course of history. As the film goes on there are parts that are biblically correct, other parts that were left on the editing table and other things, I had to go back into the recesses of my Sunday School teaching days to realize they were “introduced” for the film. 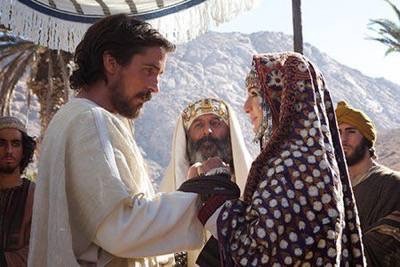 Take for example the scene with Moses and the burning bush. A physical creature appears to Moses in the form of a child, and it’s seemingly caused by a hit to the head. Now, it may be a choice, but it does alter the original stories intention of having God talking to Moses, instead Moses talks to God because of a head injury. Two similar but intentionally different messages. The story isn’t given the liberty that Aronofsky took with Noah, Ridley Scott clearly was going for realistic explanations for the divine occurrences in the original story, but then I have to ask… What’s really the point? 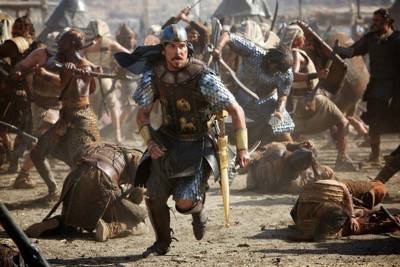 If you take a story rooted in religion that millions of people, for lack of a better word, follow and change the intention like in the burning bush example you run the risk of diluting the message. That’s my one chief qualm with the script. I’m all about bringing realism to larger than life stories and tales we’ve all heard. Christopher Nolan did a great job with the Batman saga in this regard, but when it comes to Biblical stories, the intention and meaning behind the story is so much more important than the story itself, that if you bring it down to earth sort-of-speak you take what’s precious out of it. 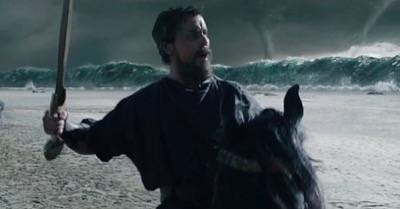 The cinematography and visuals are stunning, Scott knows his way around a battle sequences. However, the smaller intimate character moments that could have been really powerful are lost and overlooked. Many times, cameo’s from A-List stars like Sigourney Weaver to Aaron Paul are either jarring or unnecessary and really can take the viewer out of the film instead of enhancing the plot. 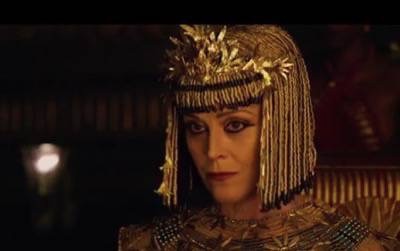 That’s not to say I didn’t like the film, I love it when an old story is told in a new and different way. That’s one thing I did enjoy about Noah, it was a fresh perspective to say the least. Exodus: Gods and Kings is a more traditional version of the story of Moses. You could almost feel Ridley Scott’s vision being choked by him wanting to do right by the religious audience and the story he wanted to tell. Unfortunately, the film suffers because of it.

Exodus: Gods and Kings looks stunning on blu-ray. This is the type of film that gets amplified by the high def visuals. The CGI, while not overbearing looks clear and sharp. The details that you can see in the film are wonderful and it enhances the viewing experience ten fold. 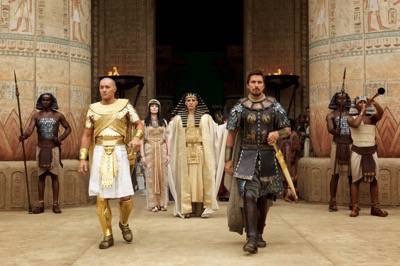 For such a massive film, I really expected a wealth of bonus features. Shockingly there are only a few. A Commentary track with Ridley Scott and co-writer Jeffrey Caine, which is interesting but not spectacular. There is a historical guide, and almost 15 minutes of deleted scenes. 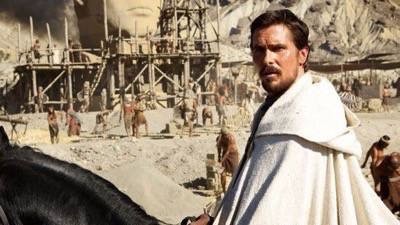 Overall, while Exodus: Gods and Kings isn’t going to rank on a biblical epic classics list, if you like tales based on the good book, I think you’ll still find elements enjoyable. It’s not anywhere near the classics that Ridley Scott has made in the past but it’s worth seeing if for the visual effects alone.

Exodus: Gods and Kings is out now on blu-ray! 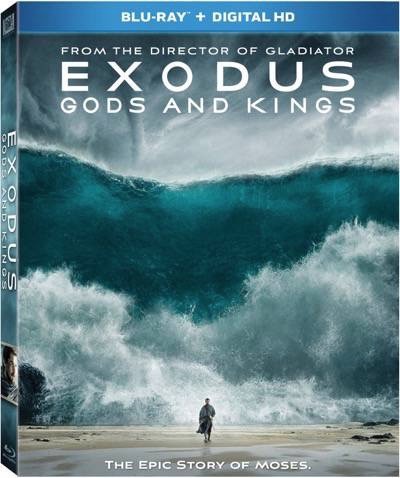