Once Upon A Time…

Who knew that a series about a fairytale land with a magical curse that brings residents like Snow White and the Wicked Witch into the real world world of Storybrooke, Maine would capture the public’s attention in the way that it has.

With a rabid growing fan base, the series is only getting better and more intricate. Not content to let the trappings of the “curse” confine the series, the writers had the curse lifted at the end of the first season changing the game for season 2. Sure we still have Regina (the delicious Lana Parrilla) causing mischief but still facing the consequences of her actions and Snow White and Prince Charming who are still separated not by the curse but by distant far far away lands.

If you’re a fan of the series you already know in great detail what happens this season and suffice it to say, I applaud the producers and writers for making a point not to rest and make easy choices for their characters. This season is thrilling and some of the most fun you will have on network television. 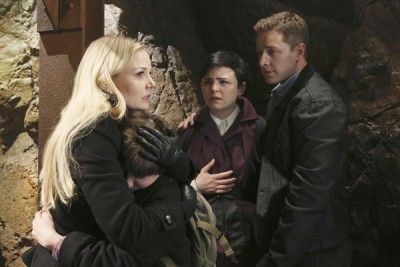 The premiere is one of the best episodes of the entire series hands down, but I do admit that after that, the beginning of the season tends to plod slightly. There is way too much time devoted to the fairy tale world and Mulan and Aurora don’t exactly light the screen on fire. However, two of my favorite episodes are in the beginning of the series, The Crocodile and Tallahassee are both awesome and are not to be missed.

I must mention how much I love Barbara Hershey as Cora. She is in a word, awesome. When Cora and Regina share the screen every scene just pops. Cora also helps Lana Parilla’s Regina reveal the different layers of her character making her one of the most compelling people in television… In this world and in the fairy tale world.

Honestly though, if you’re a fan of the show you don’t need me to mention any of this, what you really want to know is if this set is worth buying. Emphatically yes! The blu-ray transfer really lets the series pop and the costumes are brought to life more than they ever could have on broadcast television. This is one of the best transfers I have seen done for a current television series. 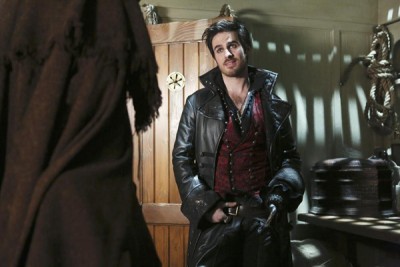 One of the other awesome things is the bonus features. There is something for everyone. Discs 1-4 have commentary tracks and disc 5 contains featurettes, a gag reel and more.

The commentary tracks are exceptional and unlike most DVD commentaries worth the listen. Ginnifer Goodwin, Josh Dallas, Lana Parrilla, and Robert Carlyle are just some of the names who lend their time on specific episodes. They are informative, talk about plot, placing small reveals into each episode and the best thing… No one drones on and on. Everything is said with purpose.

The commentaries really did help me look at each episode more carefully and how everything is said and placed for a reason.

The special features are also very well done. The deleted scenes are specific and some are even referred to in the commentary tracks which is a rare change of pace. Generally deleted scenes are… well… deleted for a reason, here you find out more and they reveal more. The gag reel is fairly standard but I love them. It’s fun to see the actors break character and enjoy being around each other. 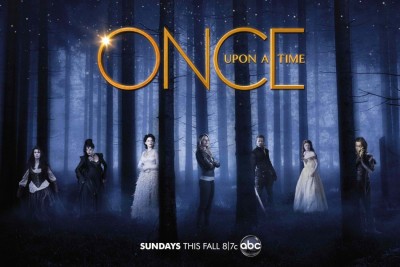 The featurettes are fun even if they don’t shed new light into the series. The best one is A Fractured Family Tree which is narrated by Modern Family star Sarah Hyland. This is a recap of all the people and relationships from the series that we know of at this point.

Overall I would highly recommend picking up Once Upon A Time season 2 on blu-ray. It’s well worth the time and investment.

Once Upon A Time Season 2 is available now! 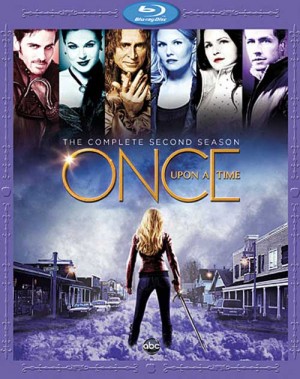