When it comes to long running shows, there are few that offer the kind of passion that Family Guy does. It’s become a sensation, saved from cancellation and brought back with renewed vigor, everywhere you look there’s a Family Guy bumper sticker, stuffed animal, magnet, T-Shirt, the show is everywhere!

Family Guy Season 13 has just been released on DVD, and I’m happy to report the series shows no signs of stopping anytime soon. While season 12 was a little uneven, I’m so happy to report that season 13 comes back strong. In fact, the beginning of the season is the episode I’ve been waiting for… for like… Forever? The Griffins meet the Simpsons in Springfield! 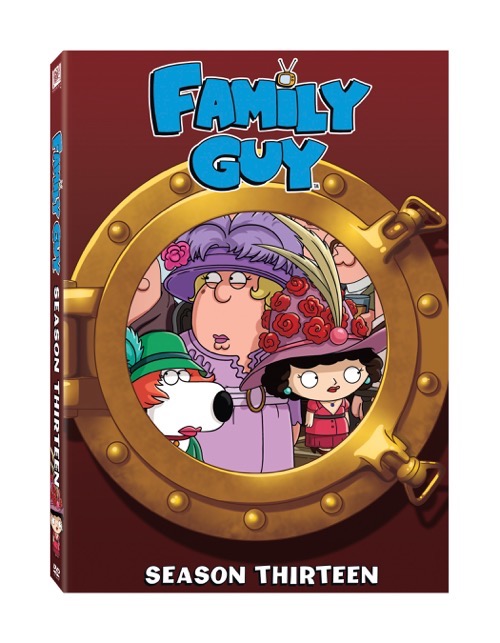 It’s like the crossover you were always waiting for, and it’s epic. Peter and Homer bonding and then getting into a battle of the beer, Stewie gets pranking lessons from Bart, Lisa getting annoyed that Meg is just as good at playing the Sax as she is, etc… It’s perfection! For me it was the highlight of the season to be sure. There are also a lot of standout episodes as well.

Other highlights of Season 13 are:

The Book of Joe – Peter works with Joe and helps him get his book published only taking over the reins. Brian goes for a run and then becomes obsessed with exercise.

Turkey Guys – I’m a sucker for any holiday episode and who doesn’t love Thanksgiving? Peter gets drunk the night before Thanksgiving and eats the Griffins turkey. To get out of this jam, he tries to frame Brian for the crime. They both go out and try and find another turkey… and eventually find one, just not where you would think. 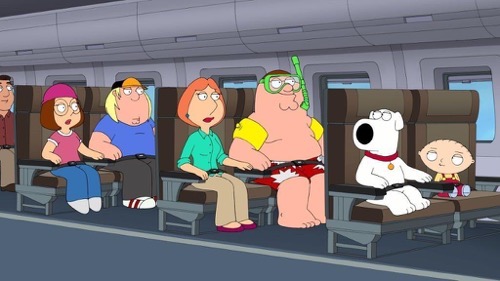 Baking Bad – Lois wants to open an cookie store, and she joins up with Peter to open one. Peter then hires strippers to get customers in the door, which doesn’t sit well with Lois to say the least. Stevie then becomes a cough medicine addict after Brian gives him some.

The 2000-Year-Old-Virgin – Peter’s hanging out at the mall and bumps into.. Who else? Jesus. In the course of conversation, Jesus mentions that he’s never had sex. Peter is shocked and then decides he has to remedy the situation. Peter gets Cleveland, Joe and Quagmire to help me get Jesus laid. Only Family Guy. 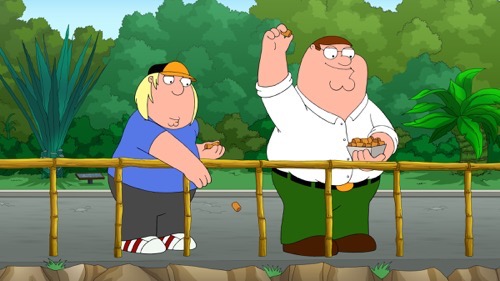 Stewie, Chris, & Brian’s Excellent Adventure – Chris has to pass a test, otherwise he’s going to be stuck in ninth grade forever. So, Stewie and Brian decide to take a trip through time to hep him out… Only they get stuck in time… on the Titanic. 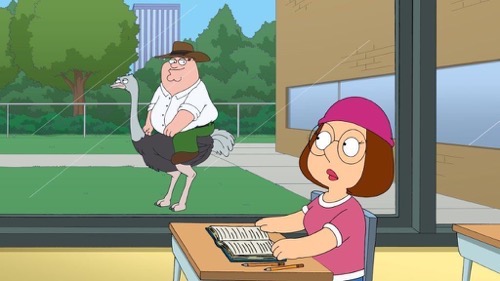 Our Little Piggy – Stewie is fed up with pre-school and decides to live the rest of his life at a folk festival. Meg in the meantime, gets signed for a modeling contract but she soon realizes that her “modeling” is for foot fetishists only. Doh!

Dr. C and the Women – Meg gets a new job at the airport and becomes the most popular woman there… Because she’s the hottest woman in the terminal. Cleveland then gets a new job as a therapist and tries to give Lois and Peter advice about their marriage. Peter gets mad and threatens Cleveland with revealing a secret about Cleveland’s bachelor party! 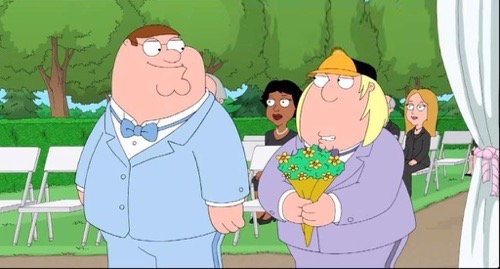 Season 13 of Family Guy has plenty of cameos from the likes of Liam Neeson, Jeff Garlin, Julie Bowen and Allison Janney. Which always is fun especially in the case of someone like Allison Janney who lends so much to every role she’s in.

One of the best things for me, was that Fox released the series as a full season set rather than the volumes that they used to do. Each episode was really well done and this way you can really binge on the series. It’s also great that the episodes are the uncut version. I’m sure some people wouldn’t notice, but I could tell which really makes me happy. 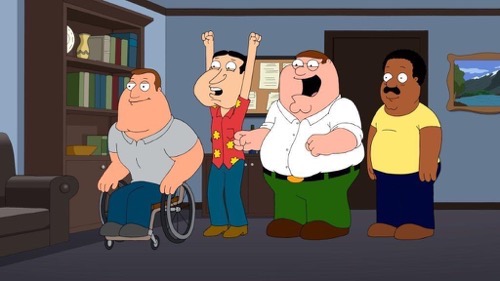 Bonus Features on this release include a making of featurette for the Simpsons and Family Guy episode as well as six commentary tracks. There are two other featurettes titled Baby Ways and Who Let the Dog Out as well as Deleted Scenes. 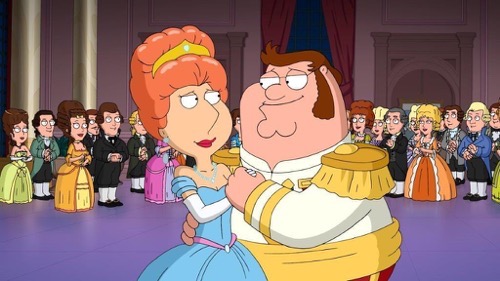 Overall, Family Guy is one of those shows you love or one you try to avoid. Personally, I thought that after 13 seasons that this season was really strong and the set is worth it for the Simpsons crossover episode alone! Definitely check it out!

Family Guy Season 13 is out now on DVD!