I can’t remember a series that has had such an uptick in quality and substance than MTV’s Teen Wolf. Now, I know what you’re going to say… Teen Wolf? To that I say, listen… Give it a chance. Anyone who loves Sci-fi teen series like Buffy The Vampire Slayer might just fall in love with the kids from Beacon Hills. 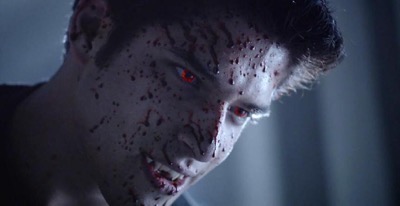 Teen Wolf: The Complete Fourth Season has just been release on DVD and I’m glad to report that it’s just as compelling as season 3. When we last saw Scott (Tyler Posey) and the gang they had just lost one of their best friends Allison Argent (Crystal Reed) after Stiles (Dylan O’Brien) was possessed and went all Dark Witch Willow. 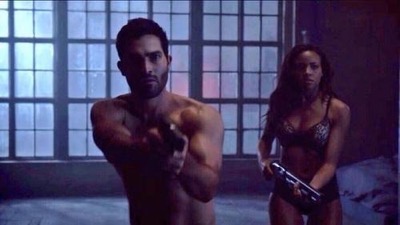 When season 4 opens the gang is looking for Derek (Tyler Hoechlin) who is missing. They head to Mexico to look for him, but while there they get tangled with some Mexican hunters, and Scott’s alpha powers are tested.

Once the gang gets back they start to put the pieces together about the newest enemy in town, and that’s the Benefactor. Putting together sort of a blacklist of supernaturals, the Benefactor has put a monetary value on Scott, Lydia (Holland Roden) and more.

In the meantime, Kate Argent (Jill Wagner) has been resurrected. She has taken Derek, de-aged him to that she can break into the Hale vault and steal the money the Hale family has saved. Derek eventually reemerges as his old self with one exception, he’s losing his werewolf powers.

As supernaturals get ticked off one by one, Scott also must contend with a new beta werewolf he created named Liam (Dylan Sprayberry). He has what could only be called anger management issues and is having trouble controlling his newfound wolfie powers.

Lydia is learning how to use her Banshee powers and is evolving into a fighter herself. She cracks the benefactor’s code and in essence solves the riddle of who the benefactor actually is. Scott is having to deal with all of that, his families money woes and is trying to basically stay alive in the midst of madness. 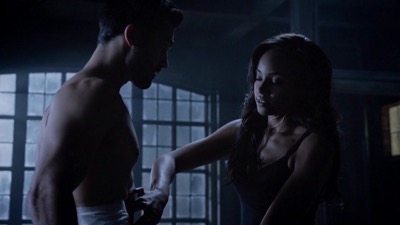 The interesting thing about Teen Wolf is that from it’s humble beginnings, it has really become a fun and engaging series. I don’t think it will ever graduate past “guilty pleasure” viewing but in all honestly it’s way better than it needs to be, but not as good as some of the classic television series it gets compared to. 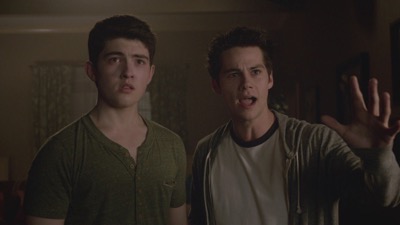 This season in particular Tyler Posey and Dylan O’Brien really step up to the plate. Their acting and camaraderie really do fuel the series, they have such great chemistry and really are the most fun things in the series. Holland Roden is also coming into her own as Lydia. I’m really excited to see what happens in the next season. She keeps peeling back the layers of Lydia and in lesser hands, Lydia wouldn’t have the heart or depth that Holland brings to the role.

All in all, Teen Wolf season four is an excellent continuation of the MTV series. If you’re not caught up in the comings and goings of Beacon Hills, I suggest tuning in with season two and then continuing on. However season four is a great continuing saga of the series and a lot of fun.

Teen Wolf: The Complete Fourth season is out now on DVD!