What’s up autograph fanatics! Ace here with a Fanboy Fail Friday in my attempts to meet Richard Dreyfuss…

Now, I never do a Fanboy Fail Friday… When I write these, I have to be royally pissed off due to a minor injustice displayed. The last time I wrote one I think it was back when Bill Cosby verbally emasculated us. Therefore, it has been quite some time. Once again, there will be no pudding pop goodness in this recap…but “this was no boat accident.”

We showed up around an hour and a half before the movie was supposed to start. The guest speaker for this TCM festival event was the horror/sci-fi icon, Richard Dreyfuss. Now, I have heard horror stories of people trying to meet the Spielberg collaborator. He has been in three iconic films that will stand the test of time: Close Encounters of a Third Kind, American Graffiti, and Jaws.

Regardless of the stories that I have heard, my brother and I appreciated his work, especially enough, in order to give it a shot. I wanted him on my Jaws mini-poster that is already signed by Steven Spielberg.

Before you commenters go crazy about him having the right not to sign a single thing, this Fanboy Fail Friday isn’t about bashing him. Please read further…

After waiting about thirty or so minutes, a car pulled up… Now, the four of us waiting were thrilled with anticipation. Honestly, my brother and I only wish that we had recorded what was about to take place.

Mr. Dreyfuss steps out of the town car from the back seat. Immediately, we asked if he would sign an autograph for the four people that were there. He remarks with a smile, “You crazy kids.” He proceeds to walk over to us.

We were so ecstatic. Our faces lit up like a Christmas tree…

What could go wrong in the next 5 seconds?

This “Mary Ellen Moffat” runs in a frenzy and screams “Sorry guys, he can’t sign. Blame us… It’s our fault…” If there was evil plagued on the devil’s face, she would have taken the cake… 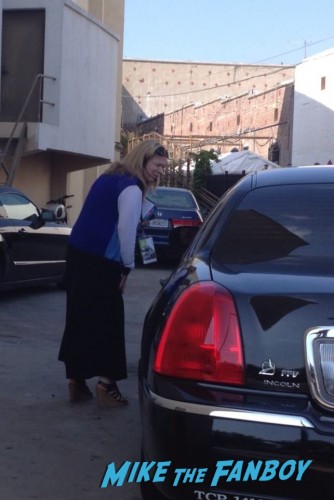 When I say I wish I could have recorded it, I just wish you guys could see the look on her face as she was pulling him away. She had some sort of satisfaction by controlling the situation. She had this vindictive powerful look as though it were her job to be a total B$%CH. She constantly proclaimed, “Blame us… It’s our fault…” She pridefully smiled as she said it. 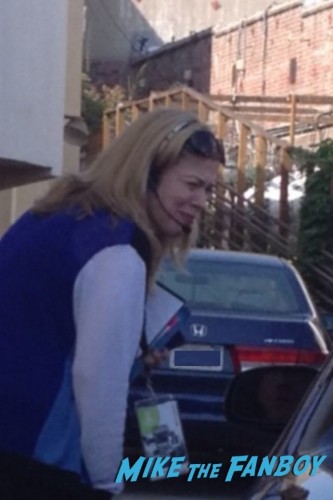 The people that were waiting with us were pass holders for this film festival. The TCM pass ranges from $300-$1500. Honestly, If I paid that much, and experienced the same series of events, I would complain.

Plus may I add, my brother and I have purchased tickets to see movies at the festival in the past. If this is what they stand for, I will make sure not to encourage them with each $20-$30 they accumulate.

First off, TCM has been celebrating the classic Hollywood spirit since 1994. The Hollywood persona has been built on this certain stardom that we refer to as being a celebrity since the beginning of cinema. It is only part of the nature to ask for autographs, especially at a film festival. Celebrities such as James Stewart, Lauren Bacall, Alfred Hitchcock, Lucille Ball, Kirk Douglas, Sophia Loren, and Orson Welles, just to name a few, appeared at film festivals across the world in their lifetime and signed some autographs. I have recently read accounts of these encounters…

My point is… its just nature for fans to ask for an autograph at a film festival.

Not to mention, Ted Turner, the head of Turner Broadcasting Systems, which owns Turner Classic Movies, is an autograph friendly figure. I know… I have gotten his autograph…

I totally understand when a celebrity doesn’t want to sign an autograph… I get it… They don’t wanna do it… Oh well… But, it is a completely different beast when an event coordinator or publicist goes out of their way to stop them.

You know that feeling when someone makes a decision from a pretty bitter place in the depths of their soul. I hope you read this because I hope you got the satisfaction you were looking for.

The reason I am writing this is because I am sure this woman has done this before.

Now, this is where some will say it was some ploy devised by them in order to prevent him from signing. First off, he signed several times throughout the week and we all felt his attempt was genuine. He showed up forty-five minutes early, so I doubt he was in a hurry, as the way she came running out of the theatre, to pull him by the shoulder, did not serve as a collaboration on their parts.

Regardless, she did not let him sign on the way in or way out. It seemed like he was even keen to do it on the way out, but once again “Blame us… It’s our fault…” If she weren’t there, I would have a Richard Dreyfuss scribble on my mini-poster….

Then again… it doesn’t help as he walked away and proclaimed, “It’s okay, they can pay thirty five bucks and get me at comic-con.”

Well, I hope you enjoyed this recap guys…   I know I didn’t…