Oh Fridays! That can only mean one thing… Fanboy Fail Friday… And again I have my choice of Fanboy Fails to write up this week.. What to do? What to do?

I settled on a fine Fanboy Fail involving the lovely Ms. Jennifer Lopez, AKA Jenny from the Block, AKA J to the Lo!

Ms. Lopez was on a talk show along with another one of my favorites Mr. Mark Wahlberg. You may have read Billy Beer’s awesome success with him, however by the time I got there Mark Wahlberg was already inside.

So, Scotty and Jack both arrived and we all waited. And waited… Now, I don’t fault anyone for not signing twice. I mean all you can ask is that they do it once right?

I’m catching up with Jack and Scotty and hearing all the stories about what happened with Mark Wahlberg when he went in. Anyway, judging by that I figure he wouldn’t do it on the way out.

Now, Jennifer Lopez went in and… And this is according to Scotty.. It looked like she wanted to come over and sign for everyone. But instead she went inside.

Even though I like both of them, I really would like Jennifer Lopez. She’s not out as much as Mark Wahlberg and she’s not as good of a signer as he is. You can generally get Mark Wahlberg at some point if you try, he is that nice.

Suddenly, I look up and there’s J to the Lo’s boyfriend Casper walking their dog in the alley. 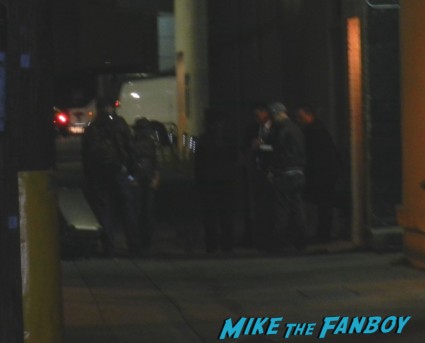 LOL… Now that’s something you don’t see everyday, Jennifer Lopez’s boyfriend waiting for her dog to take a shit. It puts life into perspective doesn’t it.

Scotty has his vintage Jennifer Lopez poster all boarded up. Billy keeps teasing him about it. Scotty keeps holding out hope though. I keep thinking back to the dog shitting in the ally… That’s pretty much the best show we’re going to get I’m afraid… A dog shitting in an alley way. 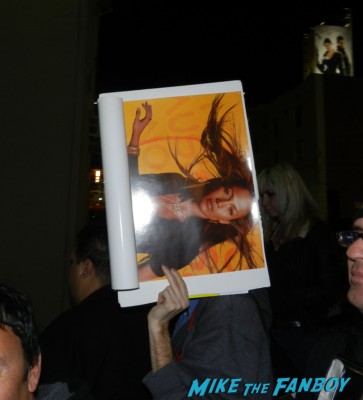 That’s the thing with this hobby you just never know. 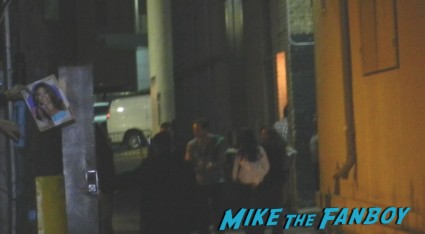 He has this whole family with him. He looks over and says, “Guys, I have my family here and you know normally I would do it, but I have them with with me and I have to go. I’m really sorry.”

I thought, oh my God… Now, that’s a class act. Not only did he already sign for everyone but here he is apologizing for not being able to sign MORE! #fanforlife 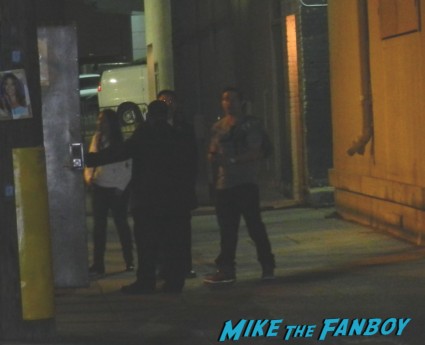 That was literally the nicest ditch I’ve had yet.

About 20 minutes pass and Scotty is still clutching that poster. Jennifer Lopez’s boyfriend comes out and we all start yelling. Jennifer Lopez has completely changed and is now in a track suit. That’s not good. Jenny from the Block is not going to get photographed in a white tracksuit! Doh!

Sure enough, Jennifer Lopez stops and waves. She then heads on off…. Doh! 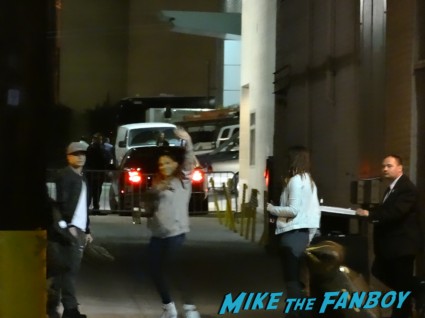 Ah well… Here’s to a more successful week or two ahead!