I think I have about 100 fanboy fails from this week… Or it just feels like that. Sad times. And I’m sure some people had fails of their own just trying to get Paleyfest tickets.

Suddenly Susan headed out to meet Michael Fassbender, but alas he didn’t show where he was supposed to and then showed where he wasn’t on the list.

Due to the whimsical nature of the industry…

I headed out this weekend to three different events, all trying to meet Michael Fassbender to no avail. He was a no-show where he was scheduled and a surprise show where he wasn’t. Boo. Hiss. Agony. Defeat. Fail.

Not entirely though. The primary objective may not have been realized, but I got to hang out with Anushika and a few other MTF auto buds, plus a few new friends. I did get a few photo ops throughout the day.

The first venue was pretty low key and calm, which was nice. Security was laid back as well. They gave us an invisible line not to cross, but let us stay right out in front. I was able to get a photo with Will Forte who is the nicest 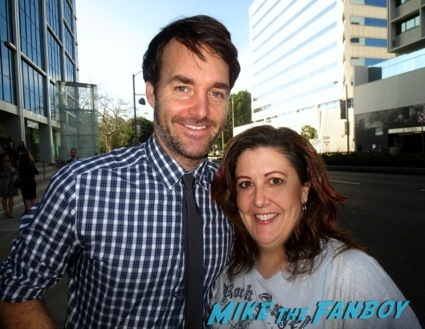 and Emily Mortimer, who is in second place for nicest celeb. Too bad I had my Dear Frankie and Lars and the Real Girl DVDs at home. 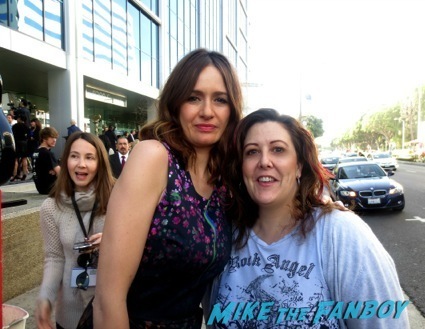 At the second venue, the boy band Five Seconds of Summer (I never heard of them either) was staying at that particular Hotel. It was crawling with over a hundred tweens. This did not bode well. Security finally asked them to move to the side of the hotel where the band would be exiting and if they wanted to stop the cars to say hello, they would. Great! Our group of six stayed. The same security came over to us and said, “like I told them, if you’ll have to wait on the side of the hotel…” We told him we weren’t there for the band. He asked who we were there for and we said Michael Fassbender. He said ok, we could stay, just keep of off the driveway. That was nice. 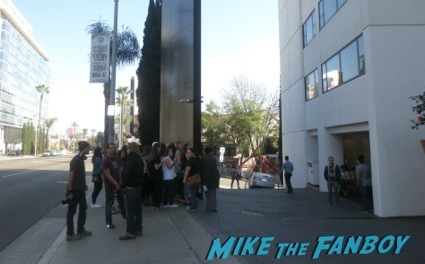 It was a long wait and the only person who actually showed and who I had something for was director Steve McQueen. There I was, in the front row, stretching 6 people across, right in front of him and I missed out. Too many giant boards were placed over me and my poster. Had I knocked them up in the air, which I soooo wanted to do, it would have hit him in the face. Too bad I got snubbed, especially after 12 Years A Slave just won the Golden Globe for best picture. 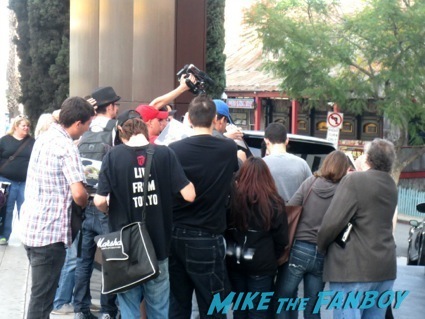 There was a random sighting of Kit Harrington from Game of Thrones. He was nice enough to sign, but I had nothing for him (at home, of course I have plenty). I decided not to bother him for a photo as he got swarmed. 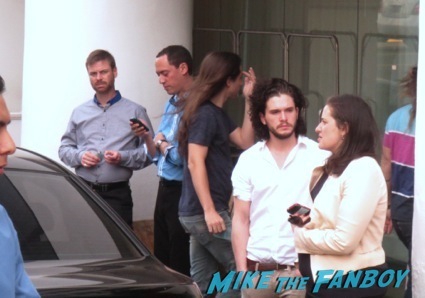 I’m more a fan of Nikolaj-Coster Waldau anyway. Tara Reid signed as well. She really needs to eat something. 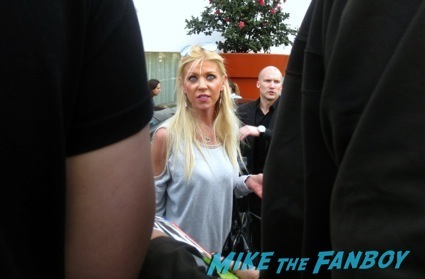 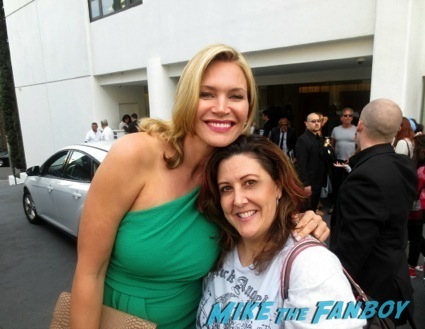 It’s usually the crowds or security or even the celebrity himself who puts a downer on the day. In this case, it was just bad luck and bad timing. And so it goes. We’ll just have to wait to get Mr. Fassbender another day.