Home / FANBOY FAIL! • Stars of the 1980's and 1990's / FANBOY FAIL! Someone Sell Me The Transporter Geena Davis Used To Leave An Event Where Only Two Of Us Were Waiting At! The Third Tries A Fail! Grumble….

I’m getting tired of the Fanboy Fails my friends! Especially when it’s your third Fanboy Fail for the same damn person! I feel like the Lord is tormenting me. Really… Sigh… The other night Scotty and I tried to make up for the Geena Davis disaster by going for her again.

To Quote Khan from Star Trek II “She tasks me… I’ll chase him ’round the moons of Nibia and ’round the Antares Maelstrom and ’round Perdition’s flames before I give him up!”

Geena Davis is actively involved in a charity that she started called The Geena Davis Institute On Gender In Media. The purpose is to improve female characters in film and television specifically focusing in on family films.

Anyway, she was holding an event that I honestly debated about paying to attend. However it was $250.00 bucks to go and both Scotty and I were like… eh… Can’t do that right now, however we decided to go and see if we could get Geena Davis low key. 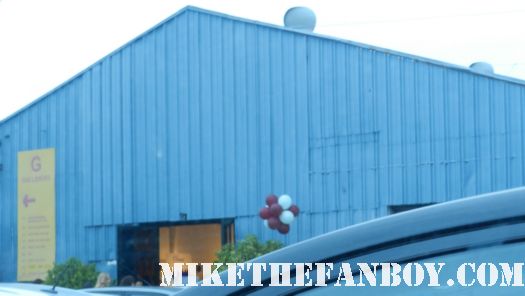 I called Scotty when I was on my way, and wouldn’t you know it. His car died. Yep, dead. Triple A were coming to try and save the day, but it still delayed us by a little bit. I arrived and parked on the side waiting for Scotty. About 10 minutes later he arrived with his car driving perfectly.

We both pulled into the parking lot and wouldn’t you know it… There she was… Geena Davis walking inside the party. Now, we probably could have ran like banshees with our mini posters and laserdiscs but 1. That’s a spectacle and 2. we wouldn’t have made it.

I was like, Oh hell no! HELL! NO! HELL FUCKERFUCKING NO! For the third time… The THIRD time… So we decided to wait… and wait we did… Three hours… We saw people arrive, made fun of their poor fashion choices, saw cars pull up, pull out, everything under the sun… 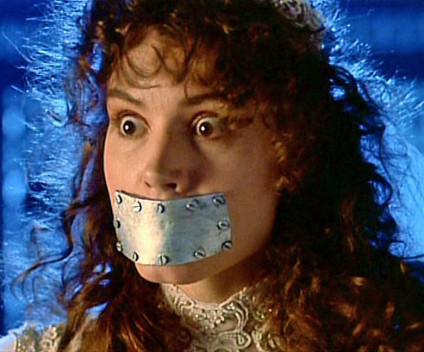 Finally after oh two and a half hours Geena Davis’s car was on the move… Great, here’s our chance. It waited, and then it pulled to the door. Then it left the parking lot. Then the car returned three minutes later and went back to the door, and then… It left again…

Now, here’s the thing… there are no other exits from this place. I walked around; you can’t pull a car anywhere else. It’s a small gallery, and since it’s a party Geena Davis was already talking to everyone inside. Are Scotty and I that threatening? LOL… but we were in the car the whole time, and then stood by his car. It’s not like this is a CIA mission! 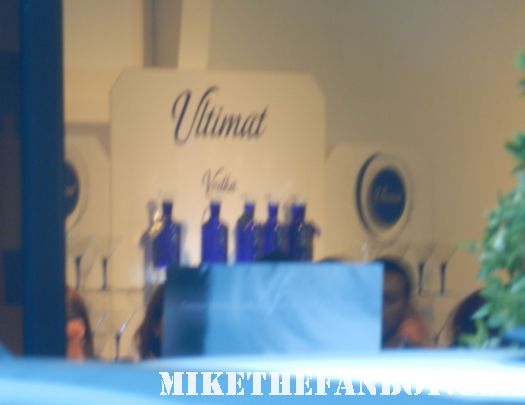 We were standing super far away so we didn’t look all hovery… and yes, I realize that’s not a word.

Scotty is like, Dude, I think she’s gone but I refuse to have three Fanboy Fails for the same person! They are breaking down the party, but yet I’m holding out hope.

It’s all for naught however as yes, I have another Fanboy Fail… FANBOY FAIL!

I want the transporter that Geena Davis used to get the hell out of that party. Cause let me tell you, that’s the only way; she teamed up with Chris Pine and Zach Quinto and got the hell out of dodge. Honestly, there is no other logical way out!

If I had that transporter I would avoid traffic on the 405 not two fans!

This is Geena Davis and it’s not 1990! It should not be this hard! It just shouldn’t!

Yet here we are leaving with our unsigned Beetlejuice, Earth Girls Are Easy and Thelma and Louise posters…