Home / Fanboy News From Around The World / Fanboy News! Chris Pratt Tells Off Autograph Dealer! The High Price Of Autographs At Cons! The Stan Lee Machine! And More!

Some fun things this week. First off… Wow… Chris Pratt tells off an autograph dealer, he was really nice about it though. Then we have a look at the Stan Lee machine as well as the high price of autographs at cons.

Broadway enthusiasts and stars alike flocked to New York City’s famed theatre district Sunday for the 30th Annual Broadway Flea Market & Grand Auction (#broadwayflea), produced by and benefiting Broadway Cares/Equity Fights AIDS.The biggest day of the year for Broadway fans celebrated all things theatre with offerings of unique Broadway treasures, unforgettable theatrical experiences and more than 70 stars. BroadwayWorld.com was on hand for the day and captured all of the celebrities as they signed autographs in the BC/EFA photo booth. 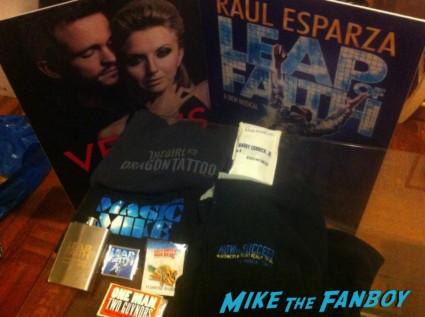 CHRIS PRATT
DON’T CUSS AT ME!
Flips on Autograph Hounds

Chris Pratt ﻿put a “fan” in his place for throwing a hissy fit over missing out on an autograph after Chris took time to sign a whole bunch of ’em.The autograph seekers were swarming at LAX when Chris — one of the nicest guys we see around town — walked to his waiting SUV. You’ll see in the video … he kindly stopped to sign photos, but as he got inside the vehicle things got ugly.

While that might not be surprising to some (hey, he did kinda invent Marvel Comics along with some help from artists Jack Kirby and Steve Ditko), the Fan Expo did also feature heavyweights Luke Skywalker (Mark Hamill) and Capt. Kirk (William Shatner) as well as Batman and Robin (Adam West and Burt Ward), three cast members from The Walking Dead, King Joffrey Baratheon (Jack Gleeson) and just about every voice actress who ever worked on Sailor Moon. 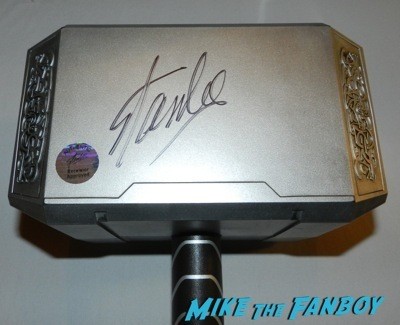 Local expert autograph authenticator, Jimmy Spence will speak from 7 to 8 p.m., Thursday, Oct. 13, at the Mendham Township Library, 2 W. Main St.Spence has been working with memorabilia his entire life and has become an expert in the field. Often hired by Sotheby’s, Christie’s, other auction houses, as well as the FBI and IRS as an expert in the field, Spence has carved out a niche for his passion. 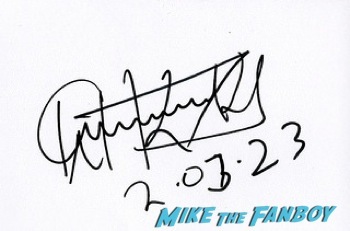 May I Have Your Autograph: Celebrity Culture & Consumer Protection

As someone who needed an explanation for the word “Brangelina” this week, I’m not sure I’m the most qualified to comment on a new law meant to protect against fake celebrity autographs. While we live in a society that seems overexposed to celebrity culture, we also live in a state in which entertainment and celebrity is big business. The legislature did the right thing to stop dealers from selling forged celebrity autographs because the law is more about protecting consumers than a special sop to celebrities.

Kids don’t put them in their bicycle spokes anymore but believe it or not, there is a still a market for sports trading cards. Some cards even still gain value over time, which happens to be the case with a very rare LeBron James rookie card.The card is from the 2003-04 Upper Deck Ultimate Collection and includes an authentic patch from one of James’ game-worn jerseys from that season as well as his actual autograph. One collector has kept the card since 2003 and is now putting it up for auction, where it is expected to sell for a whopping $200,000.

The price of fame at Edmonton Expo

There is one huge unwritten rule at the Edmonton Comic and Entertainment Expo happening this weekend – bring money.Oh, sure, you could just stand around and gawk at all the cool nerds in their awesome costumes, but what fun is that? A lot of fun, actually … never mind.Fans spend college-tuition sums of money at these comic-cons – on gaming, cosplay supplies, at unending booths of merch, and on the big scores: Autographs from the stars. Spelled out on the Expo website are prices (and schedules) for having your photo taken with various guests – but autographs are extra, usually pretty close to what it costs for the photo, say organizers, with the prices set by each visiting celebrity. Could be less. Could be more. Comics guru Stan Lee charged $100 for an autograph last year. 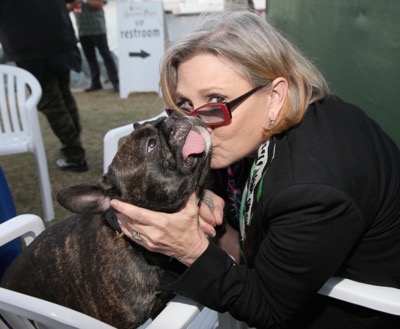 How to store autographed pictures at a Card Show

Congratulations, you just got a signed 8×10 picture for your collection. After immediately getting the autograph at the show how do you store the picture?File Folders are the answer. After the standard protocol of not touching it for a time to let the ink dry, go into a quiet area. Carefully insert the picture into the folder when the ink is COMPLETELY DRY. Put the file folder in an area that guarantees the picture will not be bent. Once you get home put it into a 8×10 folder page you should have got at the show.