This week Stan Lee’s former business manager arrested on elder abuse changes, Keanu Reeves is awesome fo his fans, and Boy received a TTM autograph and his reaction is amazing!

Boy has priceless reaction after receiving Giannis autograph in the mail

One young Bucks fan knows just the feeling.The boy wrote a letter to Bucks number 34 after a loss in the second round of the playoff series letting him know he was still rooting for him Giannis responded by sending him an autographed jersey and photo, and the boy’s reaction is priceless.

After a loss in the second round, a young @Bucks fan wrote @Giannis_An34 a letter letting him know he was still rooting for him.

Giannis replied by signing his jersey and sending the kid a signed photo 👏 pic.twitter.com/5IBtnS6o6Z

Did Cal Ripken Jr. Sign This Painting Of An Oriole By John Wayne Gacy?

For those of you clamoring for the autographs of both a serial killer and a Baseball Hall of Famer, here’s a way to, well, kill two birds with one stone. You can buy this “original acrylic painting of an Oriole by John Wayne Gacy, which prominently features the autograph of Cal Ripken Jr.” for $9,999.95.

Stan Lee’s former business manager, Keya Morgan, was arrested in Arizona Saturday morning on an outstanding warrant from the Los Angeles Police Department.The LAPD’s Mike Lopez confirmed that the arrest warrant was for the following charges: one count of false imprisonment – elder adult; three counts of grand theft from elder or dependent adult, special aggravated white collar crime loss of over $100k; and one count of elder or dependent adult abuse.

Zion Williamson Explains Why He Signs Every Autograph

In an old 2016 clip, the Pelicans’ probable No. 1 2019 NBA draft pick Zion Williamson revealed the reason he signs every autograph. Williamson’s comments from a documentary by Home Team Hoops showed the then 16-year-old at his Spartanburg (S.C.) Day School, signing autographs and explaining why he does. The star said in the clip he’d never met Anthony Davis or John Wall but always dreamed of seeing them play and meeting them.

A fan encounter with Keanu Reeves led to one of the sweetest stories ever.In a series of tweets on Friday, SBNation writer James Dator recalled an experience he had with the actor — a story that the Internet quickly jumped on as proof that “Keanu is the best human alive.” 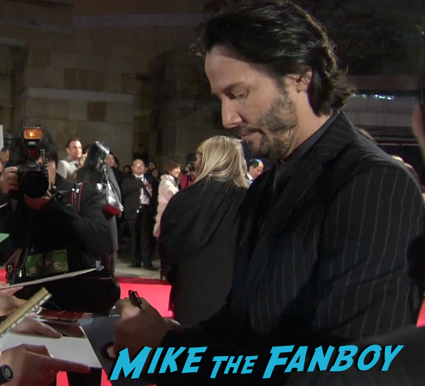 Autographed helmet to be auctioned

A Rocky Mount native has a football helmet with almost all of the autographs of the living Super Bowl-winning coaches — and the headgear includes the autograph of one since-deceased all-time great pro gridiron coach.

Why would Aaron Judge and Michael Kay agree to star in such an ugly sell? Unless they’re teetering on homelessness, why would they do this to themselves?As Derek Jeter wrapped it up as a Yankee, he allowed, if not insisted, his reputation and legacy as the dignified “Captain” take a beating as he went after every autograph, merchandise and “farewell dinner” dime he could stuff into his pockets.

Ryan Newman had the perfect tension-breaker for his first meeting with Clint Bowyer since their Saturday night All-Star altercation.“C’mon, buddy,” Newman called out, with an exaggerated pat of the autograph table at Concord’s Bass Pro Shops store. Bowyer sidled up to his rival with a coy grin, smiled for a picture and started signing.

Newman invites Bowyer to come on over for autograph session at Bass Pro Shop. #NASCAR pic.twitter.com/sTGQlp8pgK