Franchise films are both a blessing and a curse. The latest “Fast and the Furious” film certainly fits the bill with “Fast & Furious Presents: Hobbs & Shaw” starring Dwayne Johnson and Jason Statham.

This spin-off of “The Fast and the Furious” franchise centers around Luke Hobbs (Johnson), a DSS agent, and Deckard Shaw (Statham), a former British intelligence officer and assassin, teaming up to save humanity. Hattie Shaw (Vanessa Kirby), Deckard’s sister, leads a group of MI6 agents to extract the Snowflake virus from technological terrorist organization Etheon. The programmable virus can create mass destruction wiping out the world’s entire population once dispersed within a matter of days. 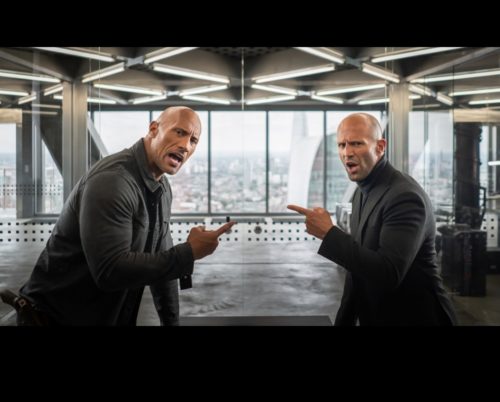 During MI6’s extraction attempt, Etheon goon and British rogue operative Brixton Lore (Idris Elba) kills essentially everyone with the exception of Hattie and frames her after she implants the virus into her hand. Despite Brixton’s superhuman strength (cybernetic implants), Hattie narrowly manages to escape. Both Hobbs & Shaw are informed respectively by their agencies of the missing Snowflake virus and are assigned to work with one another. Despite a trouble past, will they be able to put egos aside and save the world once again? 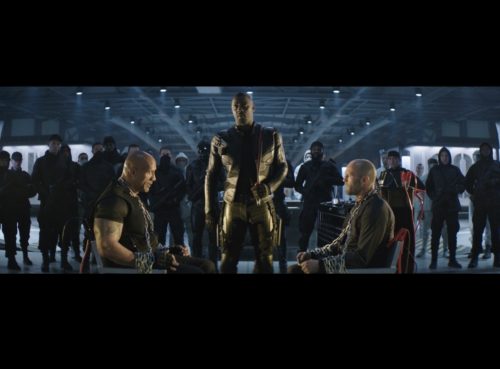 Franchise films frustrate me with their ridiculousness, but “Hobbs & Shaw” certainly can be anyone’s guilty pleasure. Now normally I wouldn’t criticize a two decade long franchise, but when did these things become abhorrently absurd and offensively outrageous? There are certain fights and action sequences where I found myself saying aloud, “You’re kidding me, right?” However I do admit the abundant action sequences propels plot points effectively unlike a Michael Bay film, which are all special effects and no story at all. Don’t get me wrong, this is a purely one-dimensional film highlighted by silly special effects and stunts. If you want a fun film, go check it out for pure entertainment value.

Once again, the dynamic Dwayne Johnson jovially oozes out charisma and radiates regularly through the screen as of one of the most electric, entertaining movie stars of our day with another action role. Johnson just knows how to kickstart the adrenaline rush and fantastically fits into the “Fast & Furious” franchise. Much like classic 80s action movies, the recent rush of stupendous, sophisticated stunts have helped boost masculine movies into another stratosphere solidifying the drive and desire for more multifaceted action sequences. That adolescent approach almost allows anyone to simply see some action movies made for fun without worrying about something sophisticated or substantial.

Jason Statham slamming someone across a room rocks and what he should simply do in every movie. Despite already having three franchises under his belt- “The Crank,” “Transporter” and “Expendables”- Statham somehow stands out once again attributing his own memorable moments going toe for toe with Dwayne Johnson in his other franchise. Their pitch perfect banter belittling one another allows audiences to appreciate a new dynamic duo we didn’t know we wanted. Their comedic chemistry exceeds expectations. The incomparable Idris Elba elevates his game once again and absolutely shines as the antagonist while Vanessa Kirby continues captivating audiences as another femme fatale. Two of the best surprises are extended cameos by former collaborators, but I rather not ruin the fun for you just quite yet. 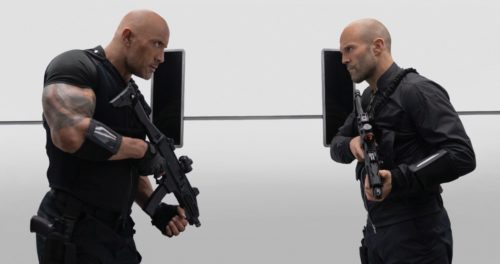 Beyond a surface level, this mildly moronic movie meanders as a series of action and stunt sequences spinning out of control. From once a racecar/heist series, the franchise fumbles trying to triumph as another “Bond” rip-off, nearly rear-ending too close for comfort. Maybe fans finally feel tired with the appalling absurdity seemingly shifting into a high gear with each subsequent installment, but that’s up to you to decide. Fortunately for fans and newcomers, no previous knowledge is required except every film features the time-honored tradition of enemies becoming bros. After all, its bros before Lambos (Sorry there was no good way to rhyme McLaren). 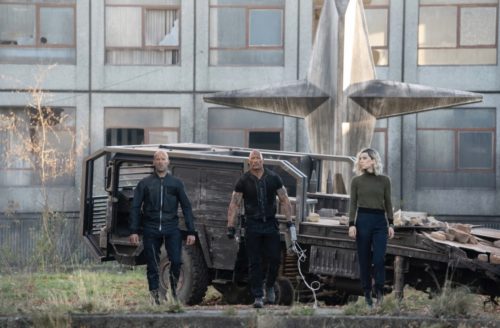 Although an atrocious action film franchise, the family focus throughout the series certainly can be endearing. Showing Samoan culture was a nice addition and perfectly projects the same message the franchise has habitually done for 20 years focusing on faith, family and music. Speaking of which Lori Pelenise Tuisano, who portrays Sefina Hobbs/Luke Hobbs’ mother, absolutely steals the show from the get go and I would love to see her again! “Hobbs & Shaw” speeds through with a two-hour runtime, but hits the perfect goofy groove to be entertaining despite a lead foot on the pedal. Hit the hydraulic, grab some popcorn and be ready to watch another “Fast & Furious” film.