Ahoy sexy! For the past decade, Greta Gerwig has emerged as one of the leading ladies in the mumblecore movement (“Hannah Takes The Stairs,” “Baghead,” “Nights and Weekends,” but after breakthrough performances in “Greenberg” and “Arthur” she has finally been presented with her own headlining movie, “Frances Ha.” 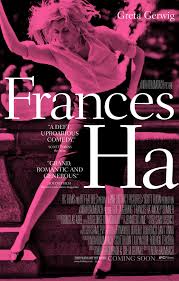 Earlier this week, “Frances Ha” debuted on the home video market with an amazing DVD/Blu-ray release for the Criterion Collection, the first for the company. Not only do viewers get the chance to see this stunning black & white movie in dual formats, but this might start an interesting trend with the revered home video market company providing more opportunities for other recent critically acclaimed films to debut in the prestigious film series. It only seems natural why “Frances Ha” should be the first choice for a special release this year, but I’ll let you decide. 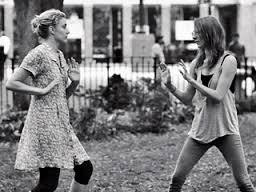 Aspiring ballet dancer Frances (Gerwig) lives in Brooklyn with her best friend Sophie, a promising Random House editor. As both of them will tell you, they’re “essentially the same person,” but with different hairstyles and can’t do anything without the other. One day while riding the subway, their inseparable friendship is put to the test when Sophie suggests a move to Tribeca, which turns Frances’ world upside down. Not only does Frances dislike the idea of moving to Tribeca (she can’t afford it), but Frances recently rebuffed her boyfriend’s proposal to move in together. 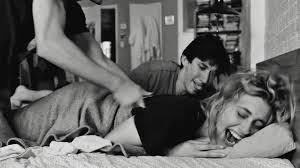 Frances unwillingness to start live anew without Sophie might have been the real catalyst for her recent break up, but can Frances live without a roommate? Unsure of what to do, she eventually moves in with casual acquaintances Benji (Michael Zegen) and Lev (Adam Driver) living off their couch as “one of the guys.” Frances slowly adjusts to life without Sophie, but her frustrations are continually exacerbated by complete strangers/acquaintances when they reveal updates about her best friend, especially when it appears they’re more in touch with Sophie’s life. 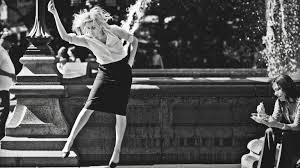 Frances’ life soon starts spiraling out of control as she loses not only her place in the dance company, but can no longer afford her “couch” space with Benji and Lev. Instead she moves in with her peer, Rachel (Grace Gummer), albeit for a few weeks. While accompanying Rachel to a dinner party, Frances gets drunk after realizing her life is going nowhere compared to everyone else there. Frances decides to throw caution into the wind and plans an impromptu Paris weekend getaway despite being broke. There’s no perfect plan to have a good (or even great life). Sometimes the only way to discover yourself is to take chances and create opportunities without worrying about the consequences. After all, you’re only young once and eventually Frances realizes life is all about taking chances on yourself. 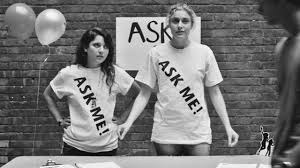 “Frances Ha” came out at the perfect time. Not only does it accurately portray recent college graduates transitioning to life post-college, but it demonstrates the wayward spiral most of us endure as we attempt igniting our professional careers after graduation. This awkward stage in life is rarely portrayed on screen with such sincerity and accuracy that we need to applaud this talented cast/crew for making this film happen. Greta Gerwig crafted a candid, compelling story and perfectly represents my fellow members of “Generation Screwed.” 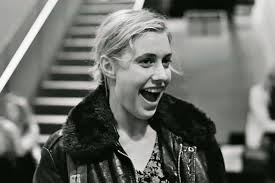 Much like Noah Baumbach’s “Kicking and Screaming” nearly two decades before, portraying the post graduation uncertainty with such conviction, yet optimism reinforces why Baumbach boasts such an impressive film resume. Gerwig’s star-making role goes above and beyond depicting the typical twentysomething struggles we endure. This transition period maintaining a steady career, deteriorating friendships, meeting “undateable people” and adjusting to the real world is one of the most frustrating, yet fascinating aspects in a young adult’s life. This tricky transition period could have been composed in another way, but the undeniable chemistry with Baumbach’s brilliant direction and Gerwig’s genuine amicability makes one of the best recent actress (and writer)/director combos in a really long time. 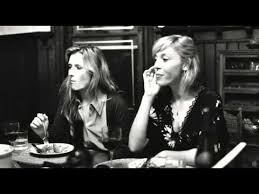 Their fantastic collaboration accurately assesses the troubling times for twentsytomethings addressing their life’s ambitions and adjusting to the post-party college life. As a fairly recent college grad, this film firmly addresses many of the scenarios and experiences I was currently undergoing upon its theatrical release. If you’re a recent graduate or someone experiencing a “life crisis,” this is a fantastic film I strongly suggest you checking out.

In the past five years, several notable actress have created complex characters for themselves with writing amazing movies like “Celeste and Jesse Forever” (Rashida Jones), “Ruby Sparks” (Zoe Kazan) and “In A World” (Lake Bell). These three incredible dual/triple threats are just a few examples of astounding actresses who rose to the challenge of writing wonderful material for themselves. I hope all of these talented thespians continue to inspire others to write riveting roles for themselves. 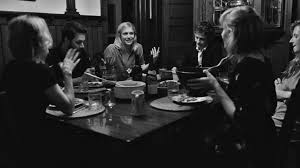 This aesthetically pleasing movie seems reminiscent of the bold, breathtaking filmmaking of Jim Jarmusch’s “Stranger Than Paradise” and captures the distinctive boroughs of New York. Imagine, Manhattan meets mainstream mumblecore and you get “Frances Ha.” After recently working with the comedic genius, it’s abundantly obvious Woody Allen has rubbed off on Greta Gerwig and I love it. Not only that, but Baumbach seems to be getting better with each subsequent film.

However, the real treasure of the film is scene-stealer Mickey Sumner. From the moment we’re introduced, Sumner’s acting abilities astounded me, as she is a star on the rise. Even her portrayal and transformation as Patti Smith in the recently released “CBGB” is unbelievable. Honestly, I hope Gerwig and Sumner make more movies together because their chemistry is on a whole another level.  If you believe in independent cinema, this is one mesmerizing black and white movie you need to support.

Like I mentioned earlier, this is the first home video release by the Criterion Collection for a DVD and Blu-ray release with a film debuting in the series. That alone in itself is an amazing achievement unto itself. Not only does it come standard with Blu-ray and DVD options, but both discs contain all of the same features. Finally, a home video market, which understands and appreciates offering supplemental content on ALL editions.

One of my favorite aspects about all Criterion Collection is the terrific transfer of their film qualities and the high resolutions with all of their subsequent releases/special editions when technology changes. Whether it was their laserdisc, DVD or now Blu-ray releases, each disc is carefully crafted to create an amazing home-viewing experience. Check out the amazing conversations with Peter Bogdonavich, Sarah Polley, Greta Gerwig and Noah Baumbach discussing this movie. Overall, it’s an amazing assortment of special features that will appease even the casual filmgoer. Definitely go and buy this movie!

Four out of Four Stars. 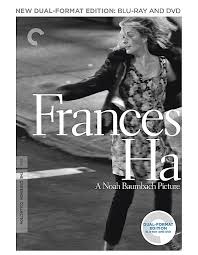