This is the noise that keeps me awake!

You know, there are few bands and artists that I can truly say have been a part of the soundtrack of my life, and Garbage is definitely one of them.

The band including Shirley Manson, Duke Erikson, Steve Marker and Butch Vig were signing their book This is the Noise That Keeps Me Awake. The band also allowed one additional item to be signed, which I thought was really nice. More bands should do this at signings. Giving fans an opportunity to get something that they’ve held onto over the years or a piece of memorabilia shows a real respect for the fans that support them.

The books, which were sold out a week ago, are really nice and a great pictorial history of the band.

The line was really long and Scotty along with his sister Cristina and my sister from another mister Annette were all really excited! 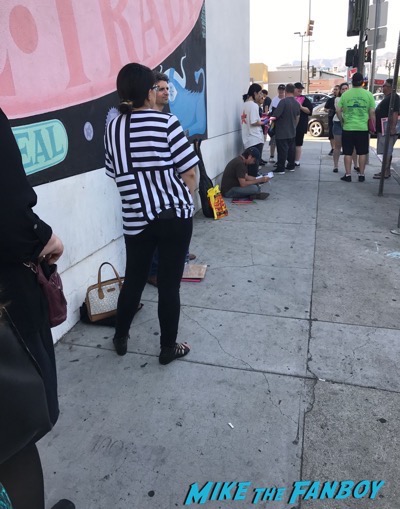 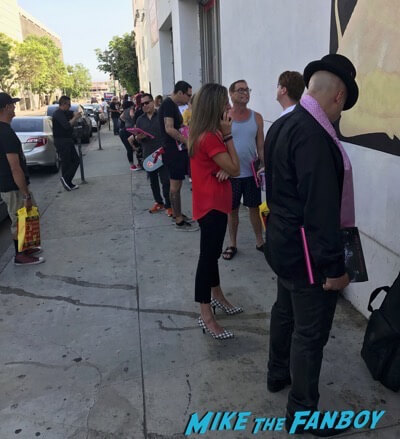 Since Annette didn’t have another item, she got my Milk 45 with the lenticular logo on the front signed for me. I also have my Beautiful Garbage LP and my tour poster that just needs Shirley to complete.

We were let into the store and Cristina spotted someone without an item and asked them to get my LP done! How sweet. 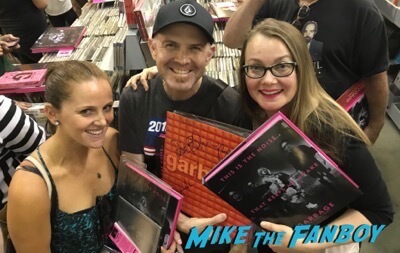 We were then told that the band was doing group photos as well. How awesome is that. 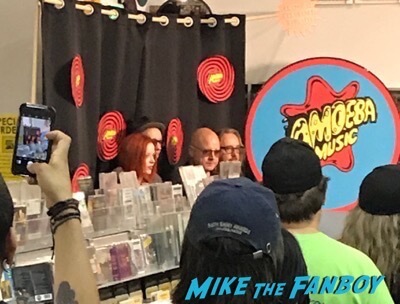 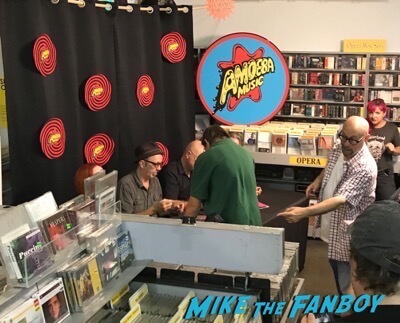 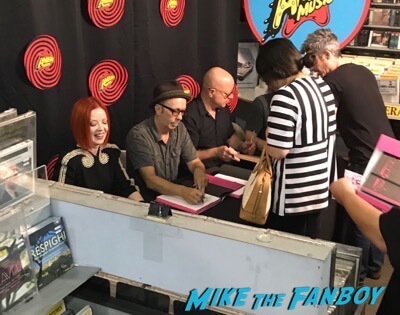 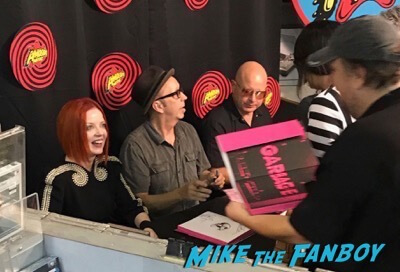 Of course in a signing, the time moves fast, I told the band how much of a fan I was and how I listen all the time. Shirley signed my poster and was very sweet.

Then we got a group photo and that was it. 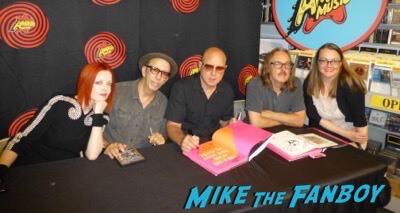 A really fun and amazing night! 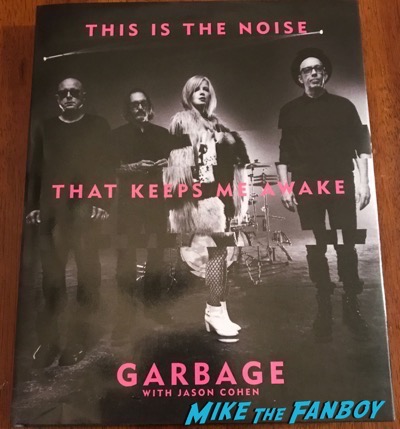 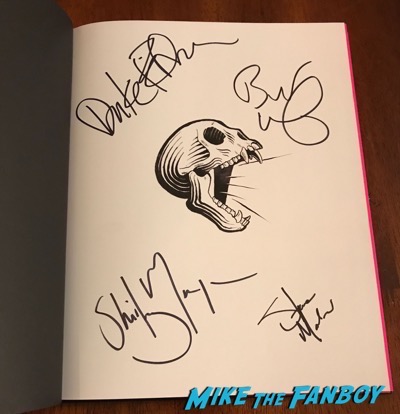 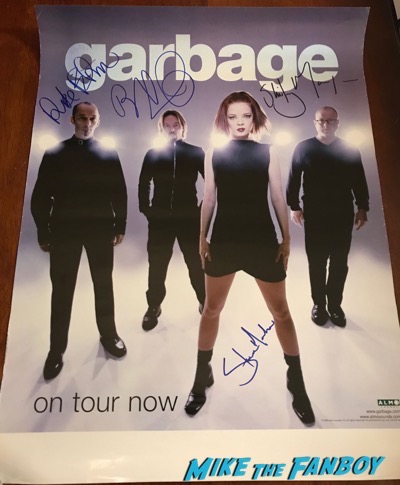 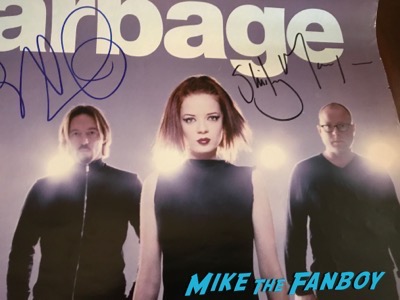 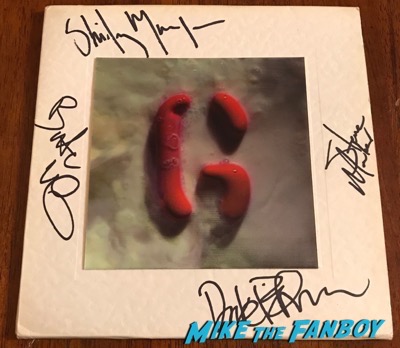 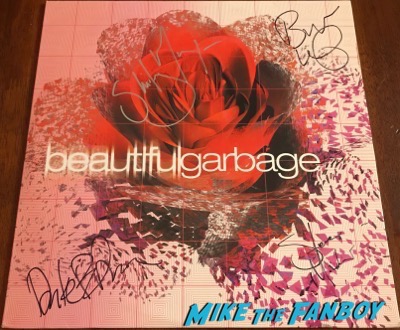