Blinded by the light I couldn’t comprehend what my eyes witnessed. “Ghost Light” entertains as a charming comedy ensemble with a theater troupe performing William Shakespeare’s infamous Scottish play. For those who need it spelled out, it’s M-A-C-B-E-T-H. 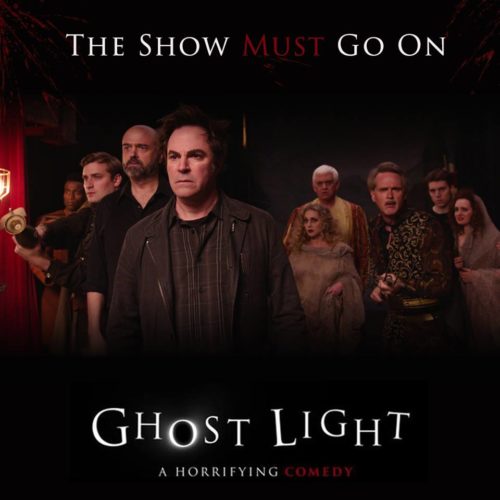 After annoying an eccentric, experienced actress Madeline (Carol Kane), she unleashes “the curse” and frantically assistant director Archie (Scott Adist) attempts to reverse the curse carrying her out of the theater. Thinking balance has been restored, two tormented lovers living a lie actually bring on the curse and release it for real during an intimate moment. However will the troupe’s tenacious egos recognize the curse before it’s too late?

Roger Bart brilliantly headlines this delightful dark comedy in such subtle ways allowing the rest of the support cast to capture the audience’s hearts with humor. Cary Elwes standouts with his dimwitted, determined overacting character bordering on absurdity and atrocious acting. Despite “17 glorious years” on a hit soap opera and hinting out at a missed role with some “flying” Tom Cruise movie (“Top Gun”), Alex actually believes he’s one of his generation’s great actors. Don’t worry he got “to fly” when he spoofed the movie with “Hot Shots.” Elwes’ entertaining antics throughout the film create commentaries and hilarious criticisms about the acting world by his supporting cast. As one character even alludes, Alex’s eccentric experience doesn’t make him an actor. However my favorite line mocking Alex’s atrocious acting abilities is when Bart and Adist are arguing with one another and say, “Is he going deaf or playing dumb?” with the other responding, “He’s not playing!” 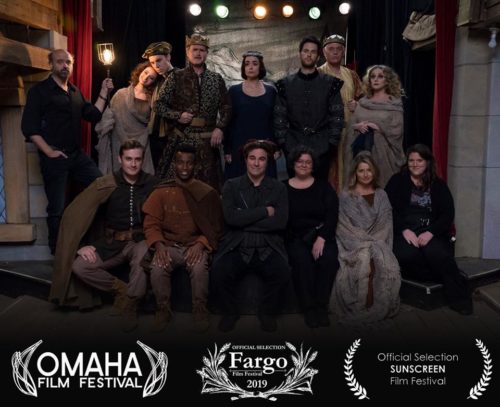 Character actors Steve Tom and Carol Kane passionately play a lifelong theater couple going through the motions while their careers are winding down. Both of their performances border on the malevolent and hysterical, which perfectly captures the moment and every scene they appear. A great example is when one character criticizes Madeline’s acting abilities, “This is Shakespeare, not vaudeville.” Overall, this indie comedy captures Shakespeare’s spirit in a bold, beautiful way. John Stimpson’s directorial effort plays on the ridiculous superstitions “serious” actors attract and gives credence to creating a wonderful comedic idea with “Ghost Light.” 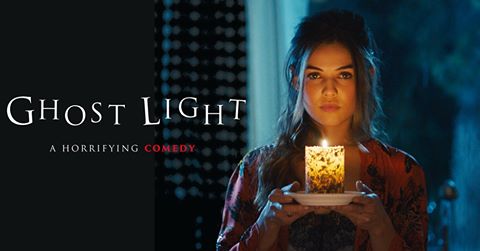 The movie meanders back and forth from mild manner theater adaptation with comedic elements to comedy to supernatural frequently. The pacing fluctuates with an uneven tone at times, but the heart of the film brings you back. This cute comedy captures you immediately regardless of your experience or knowledge about William Shakespeare and the delightful details regarding the mythos of The Bard’s work. This light-hearted comedy weaves spooky supernatural elements to create a fresh, fun experience.  For those wanting something different and a hidden treasure go and check out the film on digital platforms, cable and DVD starting June 18th.