It’s Thursday, which means, it’s time for a fun flashback!

Now, I’m sure if I’ve mentioned this before, but I’m a huge fan of Goldfrapp. They are an English duo that specializes in techno and dance style music. I fell in love with their music back in the day, thanks to Scotty.

I dare you to listen to “Ooh La La” and not fall in love with their music.

When promoting their album Seventh Tree, Scotty and I headed out to meet Goldfrapp AKA Alison Goldfrapp and Will Gregory.

Scotty came loaded with an armload of memorabilia while I had a 7” picture disc.

After their talk show performance, which was amazing, Scotty and I waited for the duo to leave.

There were a few other people waiting, but it wasn’t the massive crowd of gawkers we’re used to these days. Then out came Alison! Scotty about lost it, lol. She walked past and we casually asked if Alison would mind signing. She was like, “Sure!” 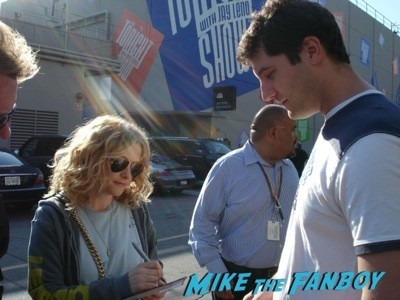 She came over and pretty much signed everything that Scotty had. She was so sweet. Then we were both able to get photos with her as well. 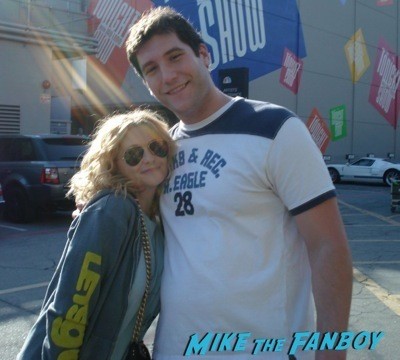 Will Gregory left a few minutes later and after talking with a few people he came over to sign and take pics as well. He was much quieter but also very kind. 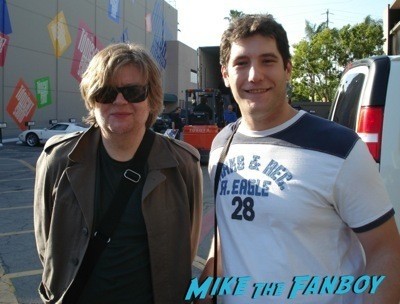 It was an awesome day, and I’m very thankful we were given the opportunity!