Russell, was so lucky this year to meet both of the leads in the iconic musical Grease. I hear it’s the word, but don’t quote me on that. He was able to meet
Olivia Newton-John and John Travola this year along with Kelly Preston!

I love Grease it’s one of my all time favorite films! Check out Russell’s recap below!

Well time to reflect on 2015. Still trying to get over the shock of pulling a losing ticket at the Warner Brother’s Booth during SDCC last year, but all good things come to an end. The silver lining this year was I did get to hang out with the Fanboy bunch a lot at SDCC and a great and tiring time as usual.

Anyway, the rest of the year in terms of graphing was great. I did see Kevin Costner after his concert wave and go into his bus and have the bus start backing out, but all of a sudden have the bus stop and get out to sign and take pictures, 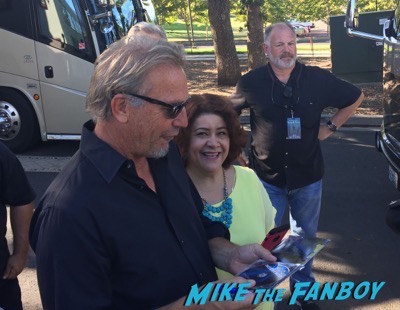 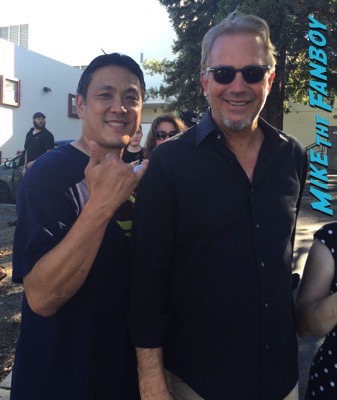 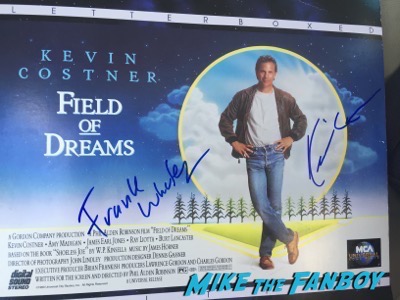 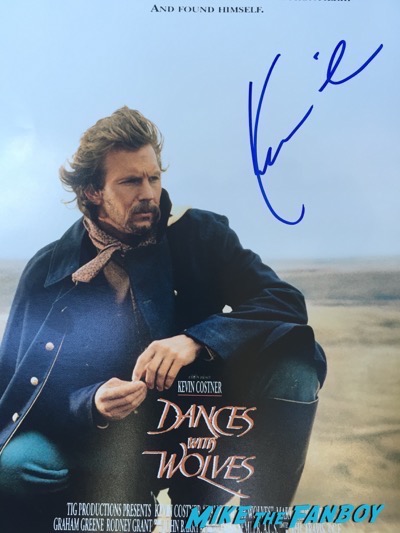 finally completed my Pretty In Pink laser disc by getting Duckie, 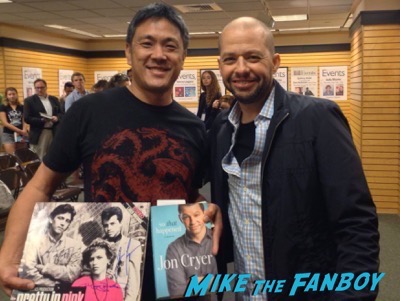 but the number one bucket list item I got done in terms of movies that I completed was Grease.

Grease has always been my favorite movie growing up and it’s a movie that just takes people back to a happy place. Well although Olivia Newton-John does a lot of TTM’s I did want to try and meet her in person and by chance she had a concert at a local casino. Show was sold out so I could not get in so I thought I’d just wait outside as there are only 2 exits to this ballroom. You could hear the concert outside so it wasn’t that bad of a wait. 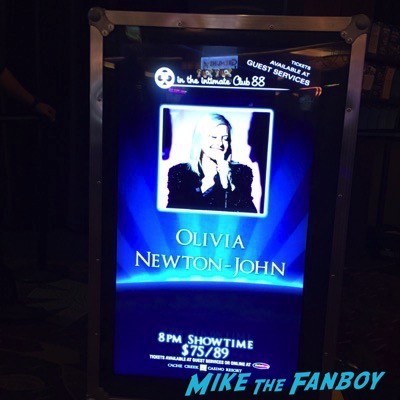 As the concert let out we shuffled into the ballroom to see if there was a meet and greet and sure enough there were people lining up in the back. Of course without a VIP sticker you were ushered out the door, but tonight was my lucky night as just when I was leaving someone saw my Grease album and asked if I was a big fan. He said he had 2 extra VIP passes and wanted to give them to folks that were worthy and had to bust out the fact it was my big birthday coming up and she was on my bucket list of people I wanted to meet. Anyway, he did give us one on condition of buying him a glass of wine for him and his mother and that was a no brainer. 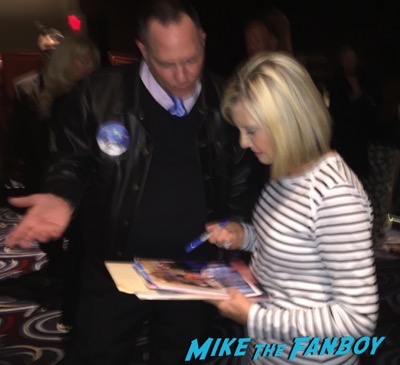 The experience was great and chatted with Olivia about Hawaii and how we grew up on Grease. She signed whatever folks had and I wish I had more, but who knew. 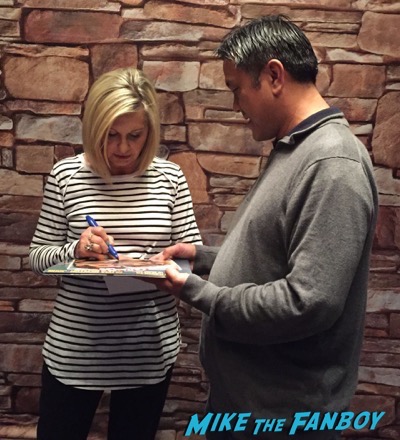 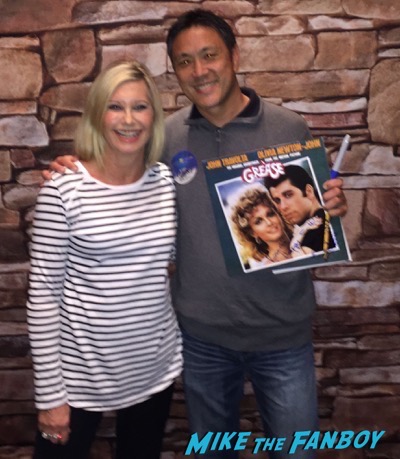 Skip to November and the Napa Valley Film Festival where John Travolta was being honored this year as well as having his new film “Life on the Line” premiered. Have to say that John and Tom Cruise are probably the best signers I have seen. 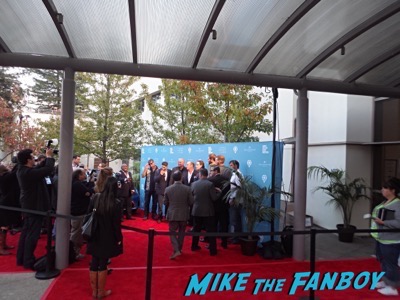 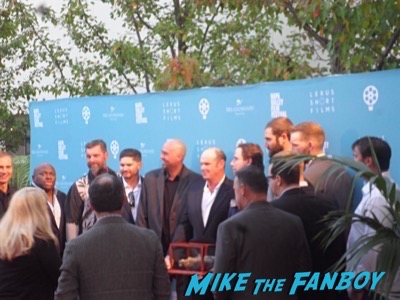 Both nights he signed on arrivals and departures and posed for pictures. John is truly a class act and another highlight was chatting with his wife, Kelly Preston a bit as she is an alumni of my high school. 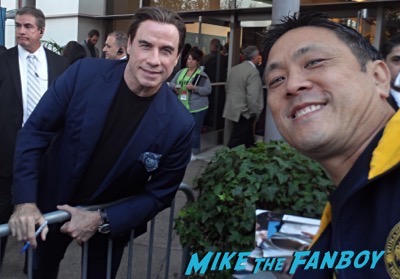 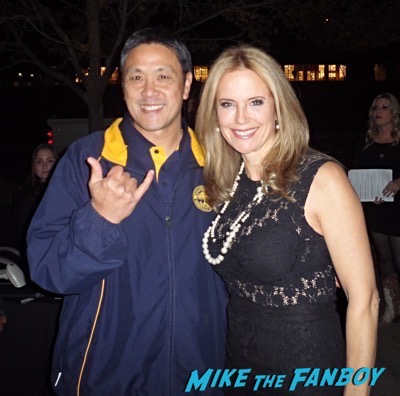 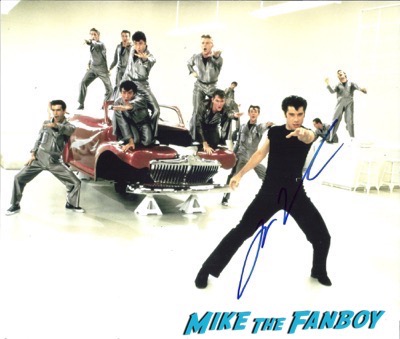 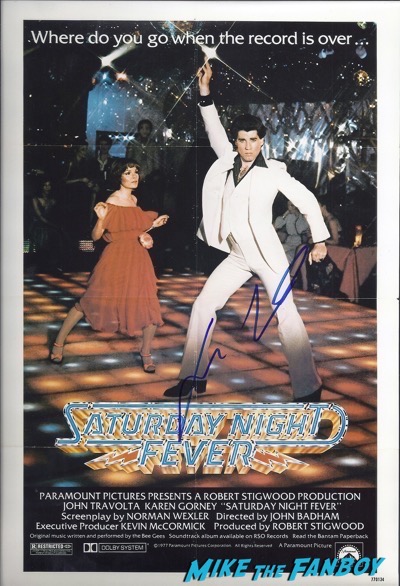 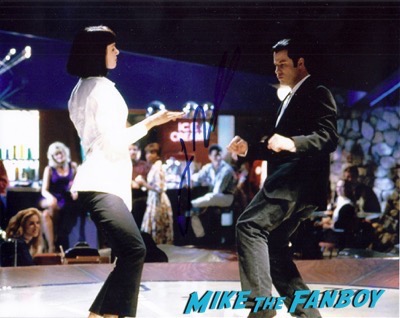 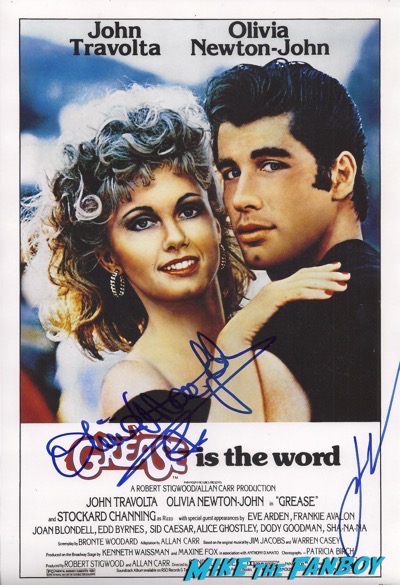