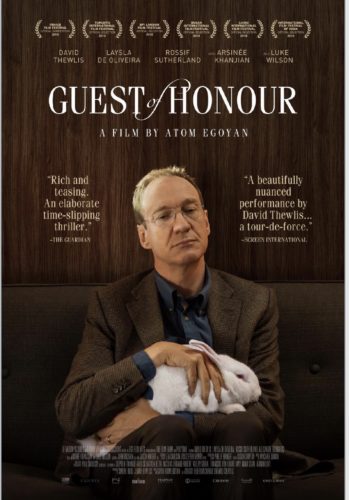 As the titular “Guest of Honour,” David Thewlis’ performance is thoroughly enjoyable. Unfortunately, the rest of Atom Egoyan’s eccentric party doesn’t live up to the invitation.

While preparing for her father’s funeral, music teacher Veronica (Laysla De Oliveira) confides her family’s secrets and past to Father Greg (Luke Wilson) despite her rocky relationship. Her father Jim (Thewlis) was an “odd character,” who once owned a successful restaurant before becoming a food inspector. Since her mother’s death, Veronica and her father struggled to fully connect, especially when she was wrongfully imprisoned for abusing her position of power. Despite their past,  Veronica hopes to resolve her tumultuous relationship and find closure with their complicated relationship. 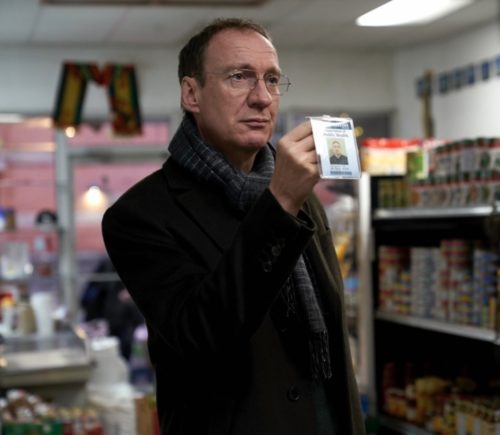 Usually when you see a filmmakers’ name it should excite you. Sadly, Academy Award nominated auteur Atom Egoyan (“The Sweet Hereafter”) continues to be hit n’ miss with varying quality and often ostentatious movies. The film frustratingly fails with its contrived and convoluted nonlinear storyline.  The story structure stumbles consistently by intertwining the father and daughter relationship flashing back frequently throughout the film. Writer-director Atom Egoyan’s egregious plot sadly wastes two strong performances by David Thewlis and Luke Wilson.

David Thewlis’ superb, subdued inspector Jim creates contagious intrigue about his character and background. There are tons of layers with his cool character and a strong showcase from the versatile, veteran character actor. However, why would a successful restaurant owner become a food inspector?  Unfortunately, this and many questions don’t get addressed in this morose melodrama. The fumbling framework poses too many questions and not enough entertainment. Just one of many unfortunate egregious errors endured in Atom Egoyan’s latest movie. 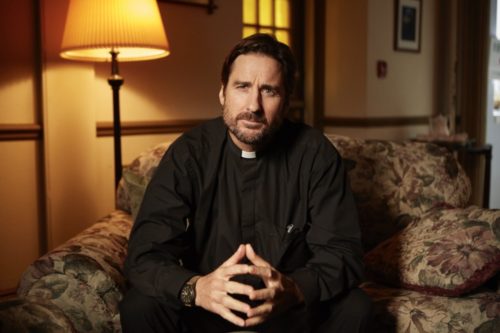 Luke Wilson provides a stunning surprise as Father Greg, much like William H. Macy in “The Sessions” and Pat O’Brien in “Angels with Dirty Faces.” Sure, it’s not the flashiest film role, but boy does Luke Wilson make an immediate impact. Sadly, neither Thewlis and Wilson share screen time so the two best assets for the film can’t redeem the movie. Laysla De Oliveira is watchable, but not necessarily enjoyable. The clumsy, clunky dialogue definitely doesn’t help matters as you’re trying to assess multiple, maligned timelines. The cast can’t save the script and it’s bigger mess here than one of the establishments Jim is inspecting with rat droppings. 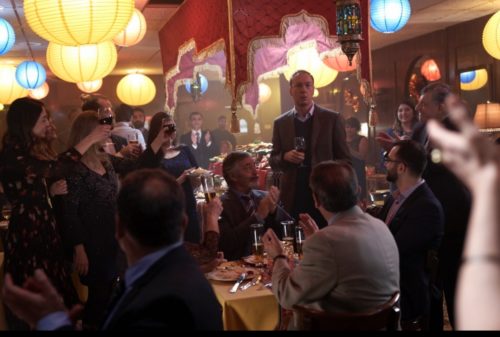 Non-linear family dramas can be quite enjoyable, but the perplexing plot and annoying actions of the characters can’t quite fully justify the story structure. Veronica pretends to have sex with one of her high school students to play “a trick” on a creepy colleague. However, she refuses to absolve herself when the hoax goes awry as she “deserves” to be locked up. The distressed details deter what would be an otherwise fascinating film fluctuating from realistic to melodramatic too frequently. The lack of credibility continues to disappear with each passing moment and excessively drags with a soapish, slow pace. There are glimmers of hope with certain sequences, but the fractured structure stumbles in the end, creating a convoluted mess. This is one gathering you might want to reconsider unless microwaved and reheated food sounds good.