Home / Movie Reviews • Reviews / The Angel In Black 2: Angel Of Death Blu-Ray Review! Does The Sequel Serve Up The Scares?

40 years is a long time to wait, but that’s how long it’s been since the events in the original The Woman in Black. Now, there’s a whole new cast of characters in The Woman in Black 2: Angel of Death. We’re back at Eel Marsh House, and the evil that lurks in its far reaching corners. 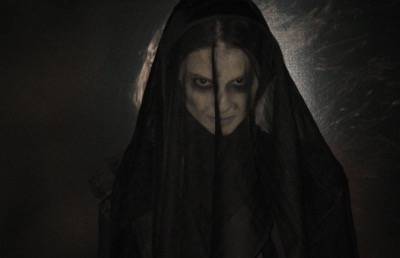 It’s World War II and a group of teachers and their students have evacuated the city and come upon the run down seaside home. The children, who are happy to be out of the war torn areas, start to look around Eel Marsh House. The adults, try to figure out their next steps and decide to stay in the country side hoping to stay until the war has subsided. 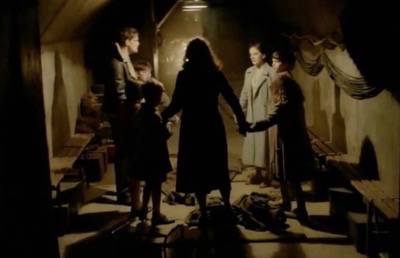 One of the children Edward (Oaklee Pendergast) starts acting odd. He tells the other kids about a ghost who roams the halls of the home and then Eve (Phoebe Fox) starts to notice things as well. Some things may not be all their cracked up to be. Eve starts to look into Eel March House and tries to figure out what happened in the old house. She looks into the mysteries and gets increasingly worried that they might have escaped one hell and jumped right into another. 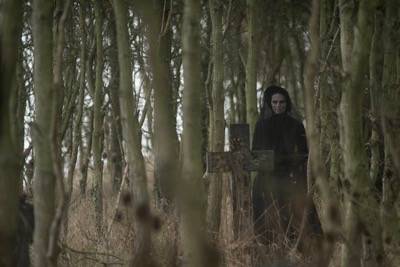 The thing with horror films is this… If it kind of worked once, let’s do it again. If it didn’t work the second time… We’ll do it again and again and again. The honest truth is though, not every horror film needs a sequel or to have it’s backstory fleshed out. But here even that backstory is left on the back burner as we learn very little more about the hauntings and the mythology than we did in the first chapter.

The first Woman in Black film was a small, fun film that told it’s story with enough visual and plot twists to keep viewers entertained. In the sequel that good will may not be enough for people to stick with it. In fact, even the supernatural entities motivations in relation to the children, and main characters really isn’t clear. What does she want? Why is she doing all this? It becomes really convoluted and muddled. 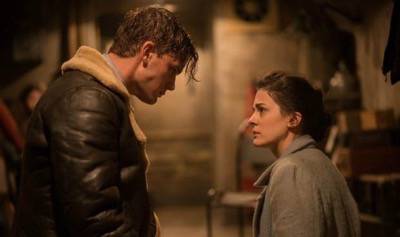 The Woman in Black 2 arrives on blu-ray in a fine high definition transfer. Originally shot digitally, the film has a good color palate, with clear details. The interior shots are of course dim and moody. The cinematographer did a good job in getting detail out of hard to see scenes as well. 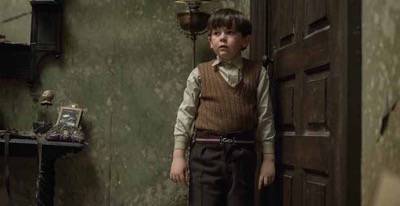 Pulling Back the Veil: The Making of The Woman In Black 2 – A fairly standard EPK type featurette, featuring some behind the scenes footage.

The Woman In Black 2 Angel of Death: Chilling Locations – This is a fun featurette that focuses on the locations used in the film. As a location junkie, I thought it was a fun to look at the sets and settings.

Overall, while I admit the film didn’t light my world on fire, if you’re a horror fan, it might be worth a look. I’m fairly forgiving when it comes to the frights and jump genre. While this film may not rank the upper end of the horror genre, if you’re a fan, take it for a spin.

The Woman in Black 2: Angel of Death is out now on blu-ray 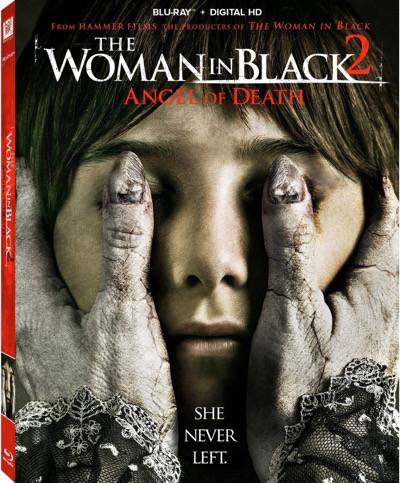