We were left stunned last week with Phyllis’ sudden assassination. This week opens up with the Occupation hunting down Geronimo poster distributors. The pipelines not only supplied the scripts, but also the posters that fed the hidden information to the resistance. One unlucky distributor failed to dodge the Red-Hats. No need to guess where his future lies.

Will wakes up to an empty bed. It seems like Katie is eager to get the house back to “normal”. Beau pays the happy couple a visit to deliver the grim news about Phyllis. Upon arriving at the crime scene, Jennifer briefs Will and Beau on the incident and it doesn’t take them too long to figure out who was behind the murders. Well, “Geronimo” spelled out in bold red ink on Phyllis’ living room wall might have helped a little. Snyder goes into a panic hearing about Geronimo being originated within the Green Zone. 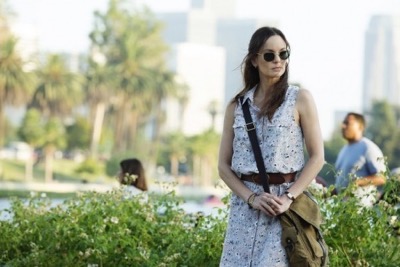 They all head back to base to interrogate the young Geronimo helper. Fortunate for him, Will takes the lead this time around. Even though he resists giving out anything about the operation, Will works his magic on the young rebel to loosen his tongue. Accompanied by the Red-Hats, Will and Beau head out to the suspect’s home. Clearly the Green Zone residents aren’t accustomed to seeing invasive soldiers in their part of the town. One lady in particular learnt it the hard way. Ouch! No one is off limits when it comes to threatening the Occupation. 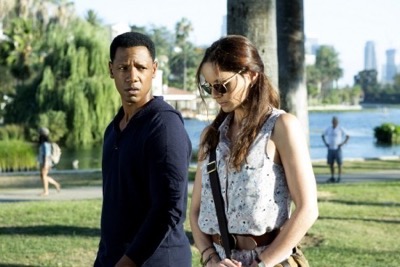 After busting down doors, they all walk into an empty house. The culprits almost get away, but Will’s keen eyes catch their hidden room. Geronimo is finally caught. However, Geronimo ends up being more of an idea to bring people hope than a singular individual in charge of the entire operation. Snyder wasn’t too happy with the end result. Capturing two hipsters who master in graphic designing and advertising doesn’t give him the much needed satisfaction he craved following Geronimo’s capture. The couple doesn’t display the hardcore “terrorist” image they were hoping to find. 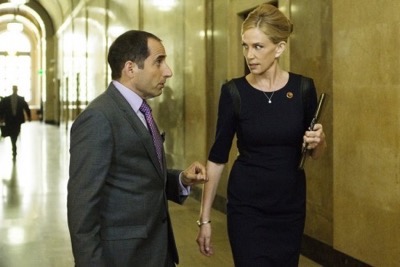 Snyder attempts to put a face to “Geronimo” to put order back into his colony; at least to bring the allusion of stability. He makes a deal with Luis Ortega, who was thrown behind bars for performing the broadcasts last week. In exchange for him pretending to be Geronimo, Snyder promised to grant Luis his freedom by relocating him into another colony.

Just as I expected, Snyder puts Will in charge of the unit. The hipster couple might be behind the idea of hope “Geronimo” brought into the broken community, but the real resistance soldiers are far from diminished. They started a whole movement that is still ongoing and strong. The resistance is causing more damage than the Occupation ever anticipated. 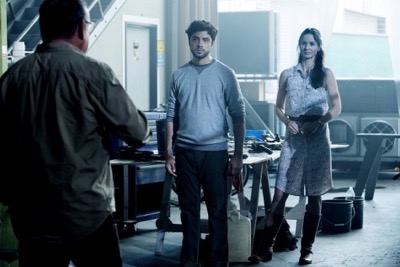 Meanwhile, Katie goes on a nice stroll in the park with Phyllis’ killer. Katie is constantly shocked and still struggles to be on the same wavelength as the rest of the resistance. She keeps underestimating their brutality; the extent they’ll go to protect and advance their cause.

Will confronts Jennifer, accusing her of being the leak within the unit. Yup, he is still completely blind. Outraged by his accusation, Jennifer reveals Phyllis’ theory about Katie being the leak, the one with the resistance. He finally starts actively poking around to find any evidence linking Katie to the resistance. Too bad Katie is too sneaky to leave evidence lying around. Once he comes up empty handed, Will feels guilty of even suspecting his wife, but he knows it’s an option he cannot simply dismiss. 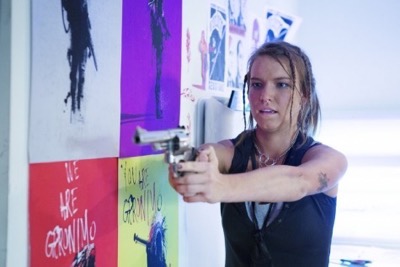 Jennifer comes across as a heartless control freak, but her walls come down this week over a drink with Will. After a rough start, they finally get to know a little bit about each other’s lives and Will realize that Jennifer is numbed by the pain she suffered during the attacks.

After a successful first run outside the massive walls, Bram brings Grace a gift raising Will’s suspicions. Bram was already caught taping the Geronimo broadcasts. He can’t afford another slip especially with Phyllis out of the picture. Bram is definitely following his mother’s footsteps. With his new found resources, Bram starts aiding one of his school teachers to build a high-tech telescope to spy on their mysterious “hosts”. 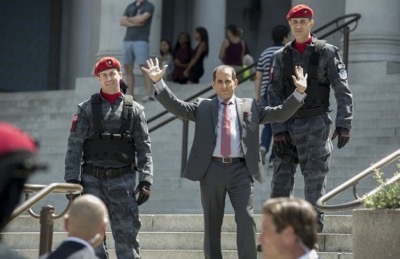 Snyder carries out the trial against Luis Ortega aka “Geronimo”. Luis sits in what seems to be a sound-proof cube with headphones, unable to hear anything during the actual trial. End of the session, Alan Snyder finds him guilty and sentence him to death. Of course he did. Did anyone else actual thought Luis was going to walk away from this? I didn’t think so. Immediately following the trial, Luis Ortega was publicly hanged. 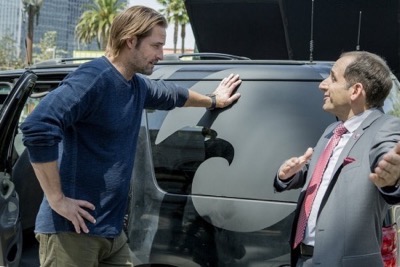 The resistance is not too thrilled with Geronimo’s capture. We see them all; including Katie prepare for yet another mission. From the looks of it, the operation seems to be much larger in scale. We see resistance members in Red-Hat disguises. Meanwhile, Will leaves with Snyder in the same car. This is going to get real ugly real fast. The episode ends with both parties departing. 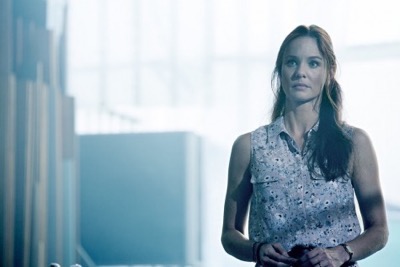 Considering the reaction by the resistance, it’s safe to assume none of them actually know Geronimo’s identity. Some of their meeting had us believing that they were getting direct orders from Geronimo. Is there someone else calling the shots? If Geronimo is just an idea, there could be more people involved within the Green Zone. The guessing game continues. Will we finally get to see husband and wife going against each other face to face? Will still believes in Katie’s innocence. Will he finally find out the truth? Who will fight their last battle and who will walk away? 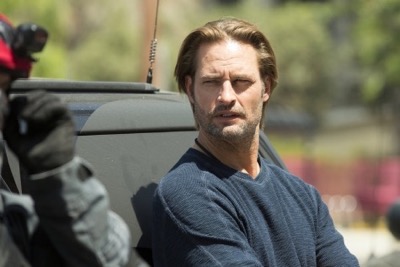 Until next week, Collaborate or Resist?