Sleepy Hollow has always been one of those frustrating series. Just as things get cooking, the payoff isn’t always what people may want. For season three, I heard that complaint from a lot of people and I know a lot of regular viewers drifted away from the series. 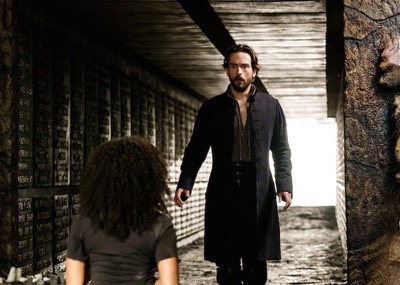 Sleepy Hollow: The Complete Third Season is out now on DVD and it starts nine months after Abbie (Nicole Beharie) and Ichabod (Tom Mison) have severed their working relationship. Abbie is now an FBI agent and returns to Sleepy Hollow to release Ichabod who in prison. They continue to witness dark and mysterious dangers. 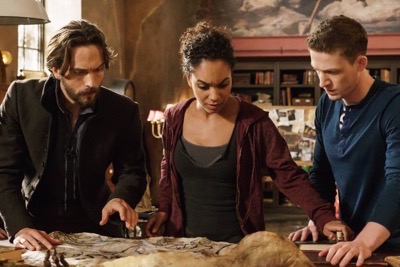 The pair defeat the Headless Horseman after all this time and then a new evil emerges in the form of Pandora who has this evil box of power. That’s not all they have to contend with, there’s a Banshee, the Tooth Fairy and more. Abbie gets to meet her long lost father as well which comes with it’s own set of shocks and surprises. 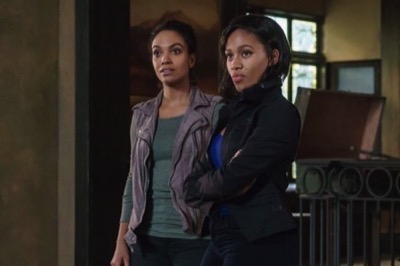 Each of these battle and situations brings the gang closer to Pandora who is going to unleash the power of the evil box on Sleepy Hollow. This leads to the summoning of The Hidden One, which is an ancient god and/or demon. The two don’t really jell and Ichabod and Abbie have to defeat their enemy. This leads to a lot of sacrifice as there are major losses on both sides. 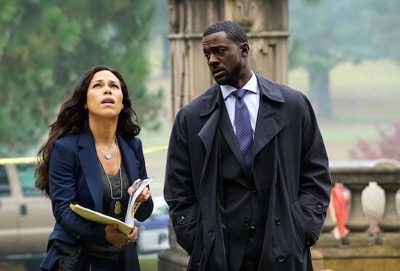 While I enjoy the series and will probably always try and catch it, season three of Sleepy Hollow takes the show in a different direction. I liked that, the headless horseman plot line really was bogging down the show and here we get a fresh take with a new villain. The execution is really well done but it is really sad to lose such a major cast member. 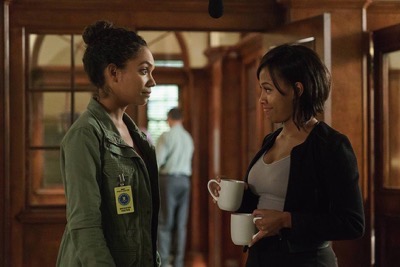 Sleepy Hollow: The Complete Third Season arrives on DVD in a fine transfer thanks to FOX Home Video. While not a high definition Blu-ray release the series does look better than the broadcast version. The colors are dark and rich, with some but very little fallout. The close ups are crisp and the lighter scenes allow the color to to really come forth. 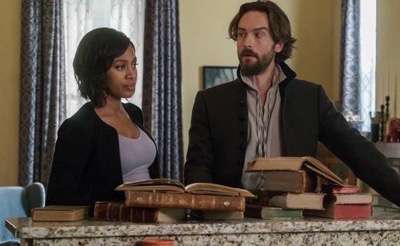 Special features on this release include a gag reel and some deleted scenes. It would have been nice to include to featurettes, or other bonus material, especially with a series that has such a passionate fan following.

Overall, I like that Sleepy Hollow took a unique and different direction for the third season. It’s sad that we had to lose a major cast member to keep things fresh. I’m looking forward to seeing how the series goes forward with the new season.

Sleepy Hollow: The Complete Third Season is out now on DVD!