I got a little grief from my friends when they saw I was running a giveaway for Hee Haw: The Collector’s Edition on DVD. If you want you can head on over to win a copy for yourself as a matter of fact. However, what I explained to them, as I’ve explained to so many others is that the classic series from the 1960s and beyond are what started the current plethora of amazing content. If we don’t look back on series like Hee Haw and My Favorite Martian, Gilligan’s Island, etc… We’re completely ignoring so much of our television history. 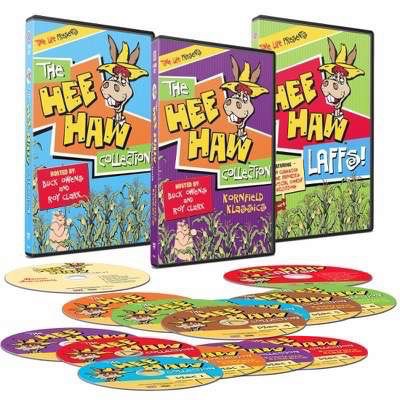 Hee Haw: The Collector’s Edition is out now on DVD and I have to tell you watching it again brought back so many memories. I can remember seeing the series in syndication as I clearly wasn’t around when it first aired. Thankfully, growing up there were networks like Nick at Night that showed the older series. Hee Haw started in 1969 and was a summer series replacing the Smothers Brothers Comedy Hour.

The series starred such country music legends like Minnie Pearl, Archie Campbell, and was co-hosted by Buck Owens and Roy Clark. The ratings for the time were respectable and audiences of the time loved the corny jokes and silly one liners. The series ended its run on CBS in 1971 and then went on to air original series in syndication where it stayed for most of it’s 21 years. You would think that the series would have played better in “red state” USA, but in truth even on the West coast, Hee Haw was extremely popular. 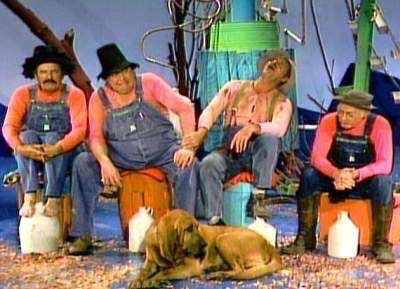 Hee Haw: The Collector’s Edition has put together some of the series most classic bits and has over 14 discs of material. Chances are, if there was a sketch you remember… This set has it included. The really cool thing is, that a lot of these sketches and episodes haven’t been seen in years and some I would reckon (see, I’m getting into the Hee Haw spirit) haven’t been seen since their original airing. You’ll probably remember “Gordie’s General Store,” or “Moonshiners.” 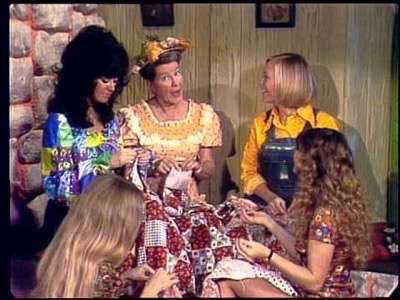 It’s funny, watching this set I can see my grandfather just sitting back in his easy chair recliner laughing away. I think that’s honestly the best thing about taking a trip back in time like this, is the memories that certain shows hold. A lot of times, it’s not only the series but the times when a family would actually watch something together when there weren’t 100 different devices to grab ones attention.

Another great thing that I loved about the Hee Haw: The Collector’s Edition DVD set is the musical performances. I don’t think I could have appreciated them at the time when I was younger but now looking back the roster of talent that stopped by Kornfield Kounty was very impressive. There’s Tammy Wynette signing Stand By Your Man, and then Merle Haggard doing Okie From Muskogee, followed by Jerry Lee Lewis with Whole Lot of Shakin’ Goin’ On. The musical performances alone are worth the price of this set. I was blown away by the talent that was featured on the show. 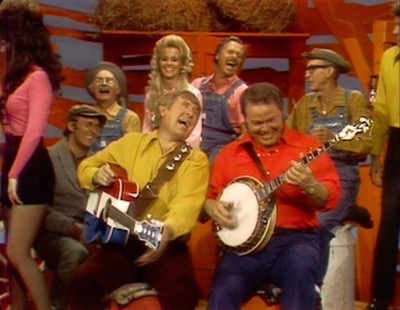 Looking at some of the episodes now even, I just realized how many of the jokes flew right on over my head. For the most part the jokes are family friendly because the series was meant to be enjoyed in that manner, but the fun bits about moonshining, and other semi-risque things for the time are really funny.

There are also a lot of fun bonus features like interviews with some of the shows regulars like Roy Clark, George Lindsey, Lulu Roman and Charlie McCoy. There’s also some fun additional sketches from the early years included called Hee Haw Laughs. Some of the sketches here are a great look back at the series like “Board Fence,” “Doctor Spot,” “Old Philosopher,” “Haystack,” and “Schoolhouse.”

Overall, if you like Hee Haw or are even a casual fan, this set is going to blow you away. The sheer amount of contest is out of the this world and I think you’ll really be impressed with how much of the series you actually remember! It’s a fun look back at a television classic.

Hee Haw: The Collector’s Edition is out now on DVD!