Home / Movie Reviews • Reviews / X-Men: Days of Future Past (The Rogue Cut) Blu-ray Review! Does The Added Footage Help Or Hurt The Film?

When X-Men: Days of Future Past dropped in theaters, clearly it was a massive hit. Merging the original cast of X-Men and the newer crop of X-Men: First Class recruits, the movie had a massive undertaking. How do you undue the damage that X-Men: The Last Stand did, while setting the up the film series for the newer generation?

Once the film was released in theaters and everyone got a chance to see the decaying future brought about by Boliver Trask and his sentinels with the swinging style of the 1970s, X-Men: Days of Future Past became a massive hit. However, there was something missing… Rogue. One of the most popular characters from the original trilogy was only shown in a fleeting moment at the end of the film. There was a full sequence shot featuring Anna Paquin as Rogue but it was cut due to time.

Admittedly, I love Anna Paquin and I love Rogue, so I was more than bummed to see her plotline excised, now there is a new cut of X-Men: Days of Future Past subtitled “The Rogue Cut.” It restores not only some Anna Paquin’s sequence but also some small additions to the film as well.

For those of you who are unfamiliar with the original film, in the 1970’s Boliver Trask pushed a program that called for the creation of the sentinels. They were machines that were intent on seeking out mutants and destroying them. The program was jumpstarted by an incident in the past brought about by Mystique.

In the future Professor X, traces the creation of the sentinel program to one incident and with the help of Kitty Pryde sends Wolverine back in time to get the young version of Professor X and Magneto to team up and stop Mystique. Theoretically, this would stop the sentinel program from being created and the dismal, bleak future from coming to pass. 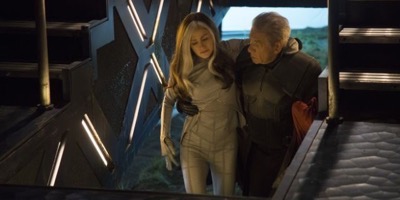 The original cut featured a sequence where Wolverine hurt Kitty Pryde with his claws while she is sending Wolverine back in time. She continues her task and all is well. In the Rogue Cut, Kitty is hurt and Iceman, Professor X and Magneto go on the hunt for Rogue, who is the only one who can take Kitty’s powers and save the mission.

Rogue is being held in Cerebro, where Professor X can’t find her. Professor X flies the jet to the mansion and Magneto and Iceman break into the school to free Rogue. One can see why the sequence was taken out, you don’t really “need” it, it’s a self contained story and it adds about 15 minutes to the run time of the film. However, what it does do, is add a level of intensity to the future sequences that were missing on some level during the original cut. Plus, it really gave Professor X and Magneto one last mission go on together. It was great to see the two elder statesmen of the group teaming up for a final mission. Plus, it was a nice bookend for the original cast, in the the original X-Men film it was Magneto who kidnapped Rogue to harness her power, in this film it’s Magneto who heads inside to save Rogue with Iceman. 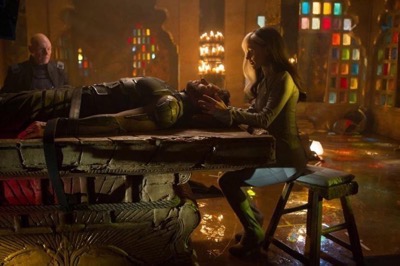 I’ll be honest, I’m not usually the biggest fan of special edition or extended cuts of classic films, but here the added footage really does add something to the film. There’s a new intensity and it really allows the film to “breathe” sort of speak. It’s not so focused on plot but it adds some subtle character moments into the film. There’s an added moment with Mystique and Beast and some smaller additions that normally would be unnoticed without examining the two films back to back. Small additions to be sure but sometimes it’s those character moments that can bring a film together. 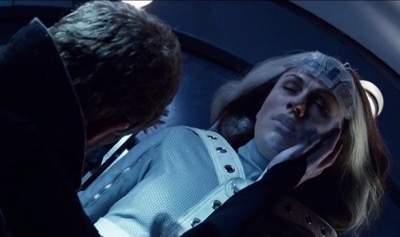 If you’re a fan of the X-Men universe I highly suggest checking this version of X-Men: Days of Future Past out. The Blu-ray version includes the original cut and the Rogue cut as well so you can see both versions on one disc.

X-Men: Days of Future Past (The Rogue Cut) is available now on Blu-ray!