Home / Fanboying! • Q and A • Stars of the 1980's and 1990's / HELL JUST FROZE OVER! I Finally Get John Goodman To Sign An Autograph! But I Get Skipped By Denzel Washington! Doh! Autographs! Photos! And More!

Sigh… That’s the only word I can say… Well, is sigh a word, more like an expression. Anyway, today I’m heading out for someone who has plagued me for years… Mr. John Goodman. Sigh… I know, I know… He’s a rough one. I need him on what seems like a hundred things, but in all actuality is probably six. But when it comes to John Goodman, six is like a hundred.

There is a rare q and a today for Flight, the new Denzel Washington film. I was going to go however, I had a rare visitor who prevented me from going inside. He’s a tad fuzzy, and likes to lick… THEO! God bless him! 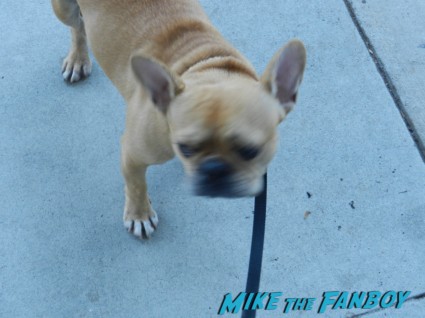 I’m running really late, and figured I would try and get John and Denzel as they arrived. Events like these are usually pretty easy and calm, but you just never know.

CB is hanging about, as well as about 10 collectors so this could get a tad sticky. Honestly, I have a Philadelphia counter standee I would like Denzel Washington to sign, however, it’s not my priority.

My priority is Mr. John Goodman clearly. I have my Big Lebowski mini poster for him, my friend’s Roseanne DVD cover and an Argo mini poster as well. I know wishful thinking right?

Theo is adorable as usual and is bopping around saying hi to everyone.

There’s a car, it’s John Goodman! Everyone makes a half circle and John agrees to sign a couple. I have my mini poster and dvd cover out. John keeps skipping the dvd, so I switch to the mini poster. John finally gets to it and signs it! Then he says, “Okay that’s it.” No one will take the pen because everyone wants him to keep signing. He says, “My God.” and puts the pen down on the curb. 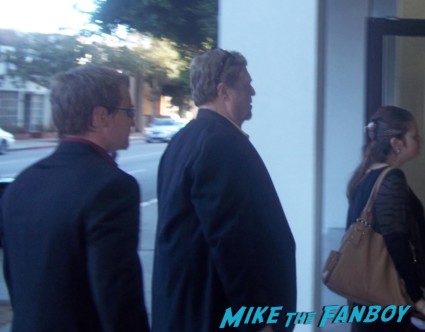 Hey, at least I got one! I’m super happy about this! I mean, I’ve waited so long to get a cast piece started for Big Lebowski. I have Jeff Bridges on another Big Lebowski mini poster but I got an individual one because I thought getting John was next to impossible. Anyway! I’m stoked! 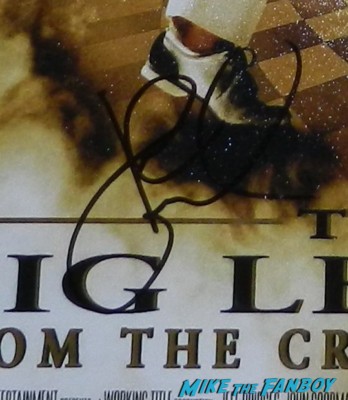 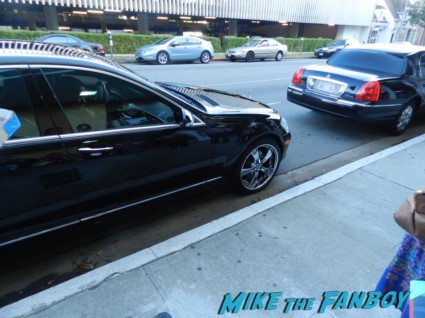 He pulls up and starts to sign. He signs about 20 but sadly keeps missing my item. 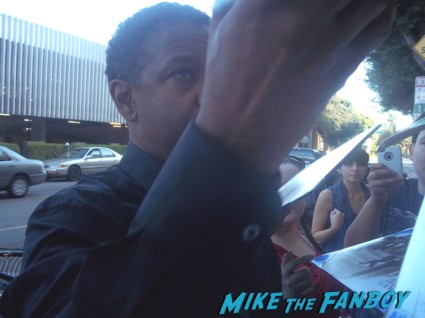 honestly, I couldn’t get in there as much as I would have normally because of Theo. People were just getting a tad too aggressive. 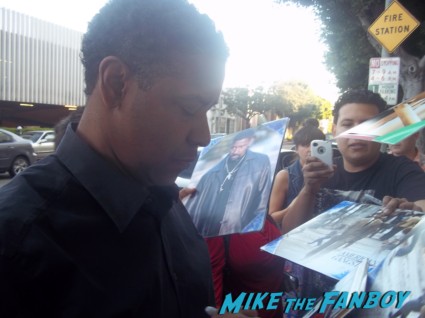 I think hell has officially frozen over! It froze, I see the frost! I SEE THE FROST! 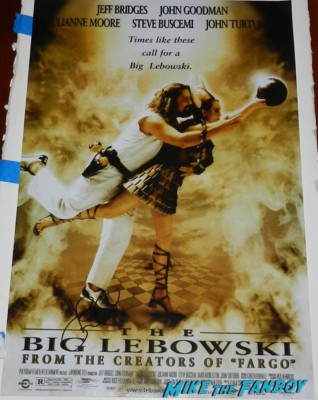