This weekend was the Hollywood Show here in Los Angeles.

I always enjoy going down to the show even if there’s no one I am dying for. It can be an expensive trip so having a budget is very important.

This time out, Billy Beer and Travomania were coming as well and we met down at the Westin by LAX. Of course this was after sitting in traffic for an hour… And by an hour, I mean an hour sitting in bumper to bumper traffic. Ugh…

So, we arrived and went inside. Billy Beer was dying for Sopranos and Desperate Housewives star Drea de Matteo. 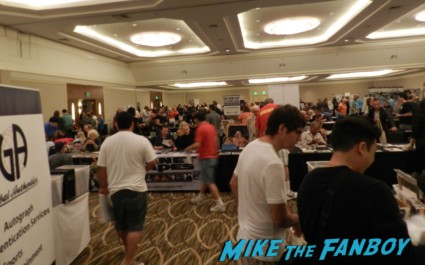 First, we had to stop by and say hi to Pinky Lovejoy and Keith Coogan who were manning the table and BTW they have some awesome T-shirts so if you have the opportunity to meet them in their travels make sure an pick up a shirt! 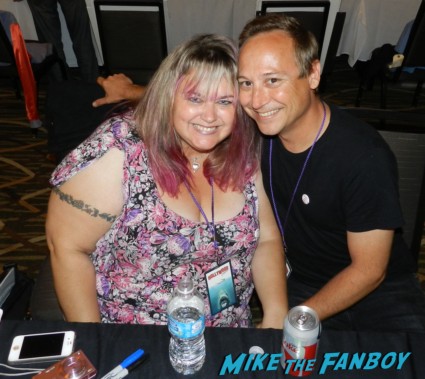 And then off to Drea de Matteo we went. Billy was very excited to talk to her and even though I don’t have her on my Desperate Housewives poster, I decided to wait. Cash flow you know… and with comic con coming up… Budgets are an issue. 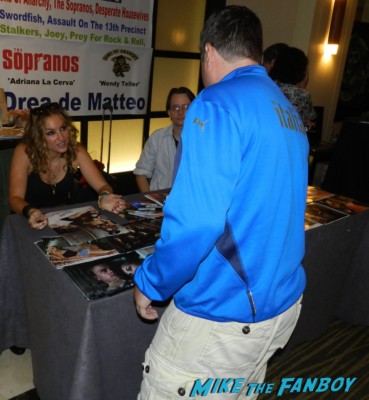 The main reason I attended the show was to meet The Pirate Movie and Empty Nest star Kristy Mcnichol. You don’t see her out much and that’s one of the benefits of going to a show like this. 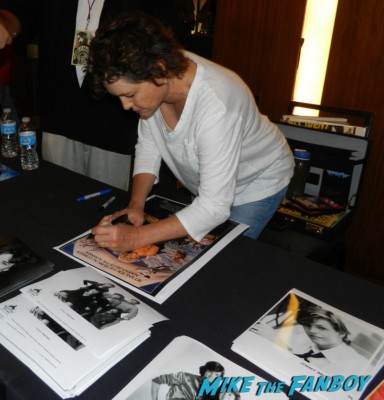 The only thing I didn’t like was that because I had a poster Kristy Mcnichol’s handlers charged me extra even though that wasn’t listed on Kristy Mcnichol’s price list which I thought was kind of tacky. It wasn’t her, but her handler and it kind of left a bad taste in my mouth. 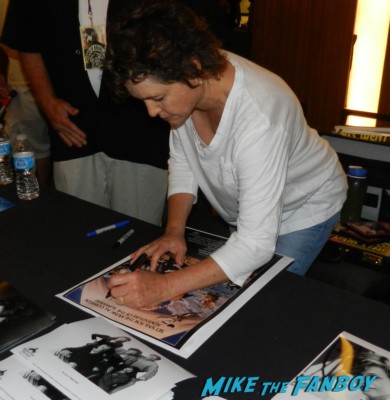 Anyway, Kristy Mcnichol was super nice and was happy to chat for a bit about Empty Nest and The Pirate Movie. It was nice to see her out and about because I haven’t seen her since she left Empty Nest back in the 1980s. 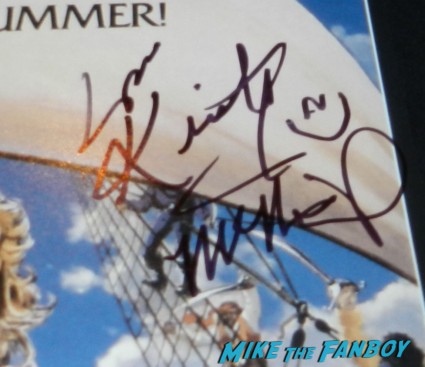 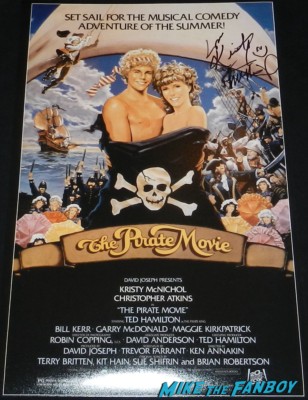 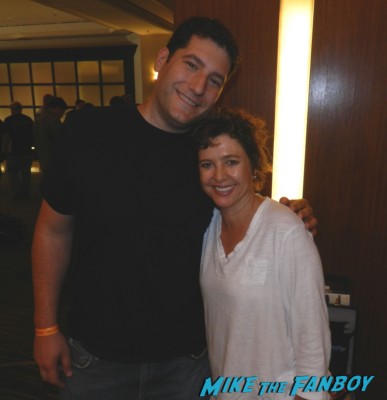 After that Billy and Travis wanted to meet Sons of Anarchy and Married… With Children star Katey Sagal. Katey was very nice with everyone who came to her booth and had a line the entire day. 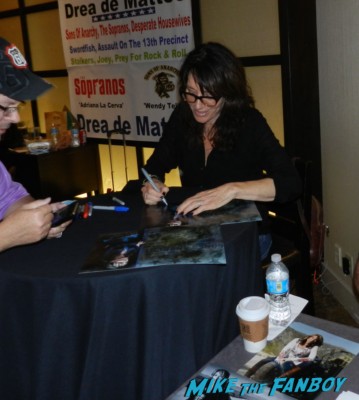 She talked with Billy Beer and Travomania about a variety of things and then they both got a photo with her as well. 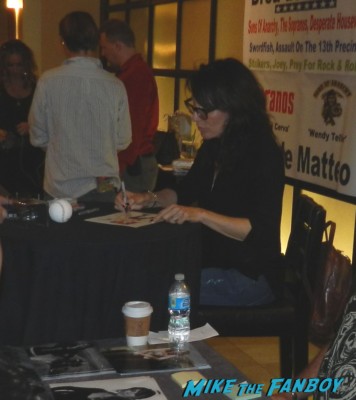 I also needed Fright Night star William Ragsdale who famously played Charlie Brewster in the original film and it’s sequel. I have an original counter standee… pause for shock… and an oversize VHS box, but original promos. 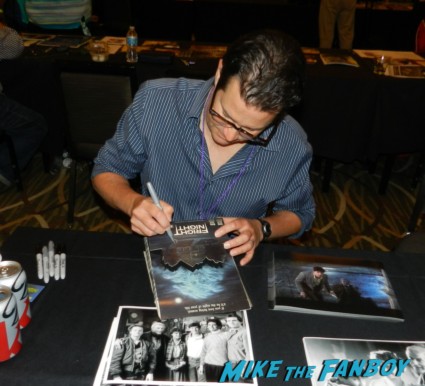 William is a cool guy and chatted about filming the movie on the Culver lot where Cougar Town and Arrested Development now shoot. 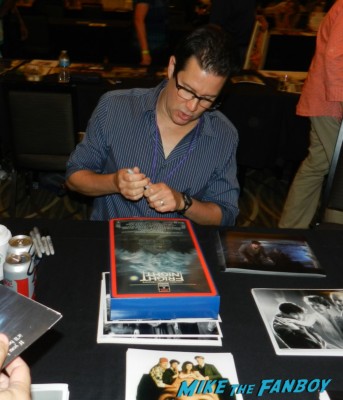 We also talked about Herman’s Head, another show that I liked and I asked about a DVD release but he hadn’t head anything about that yet. 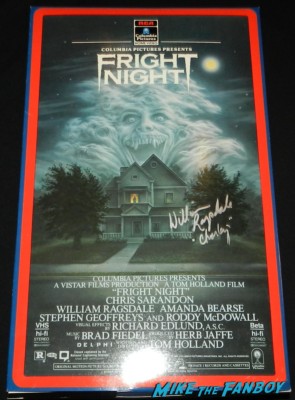 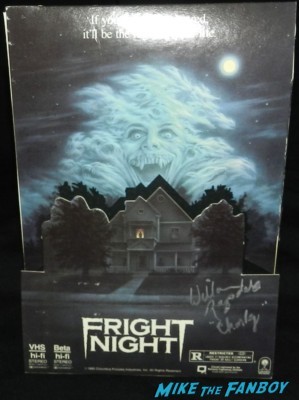 That was fun, and I wasn’t charged extra because I had something cool. Sorry, I’m not bitter… Only slightly.

Then the highlight of the day… Travomania got Elvis Wood.

This is Elvis Wood… 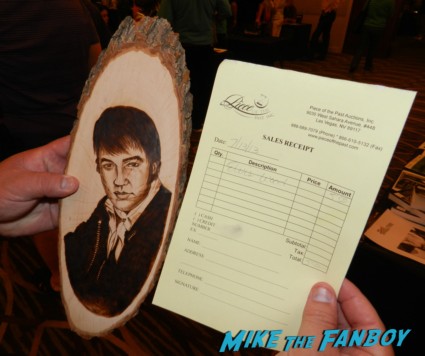 Where else can you get Elvis wood in Los Angeles but at the Westin?

Billy was in shock over the size of Travomania’s Elvis Wood. In fact, I would go so far as to say, Billy admired that Elvis Wood. 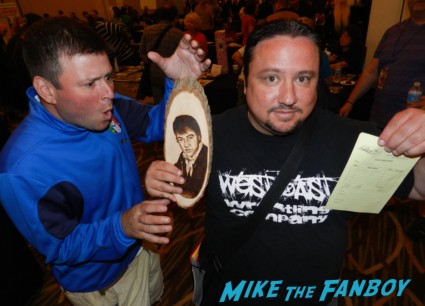 I did manage to pick up some random swag and memorabilia. I got a Hitchcock blu-ray pretty cheap along with some screener cards, a Star Trek Into Darkness shirt, a perhaps a present for Scotty and Suddenly Susan! 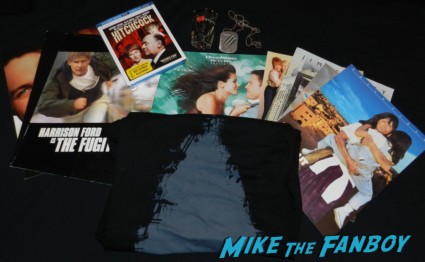