Sometimes the sweetest treats come in the most unique packages. Award-winning documentary “Honeyland” proves to be a tasty treat with one of the most riveting, remarkable documentaries of the year.

Nestled in the mountains of Macedonia, 65-year-old bee-hunter Hatidze Muratova lives with her ailing 85-year-old mother Nazife Muratova. As one of the last wild beekeepers, she makes her living by cultivating honey with traditional techniques. Hatidze lives in a village, which is a four hours walk from the closest city, with no roads, electricity and running water. As the last in a long line of Macedonian beekeepers, her ancient techniques are considered “too old-fashioned” especially when a new family arrives. 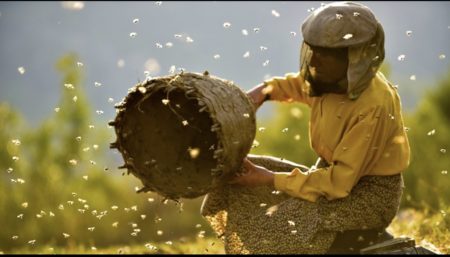 The Sam family, comprised of nine including seven children, moves next door and interrupts Hatidze’s traditional way of life. Initially optimistic, Hatidze welcomes Hussein Sam and his family to the village by opening her heart and enthusiastically sharing her advice. However, tension soon arises and illustrates the delicate balance of nature. 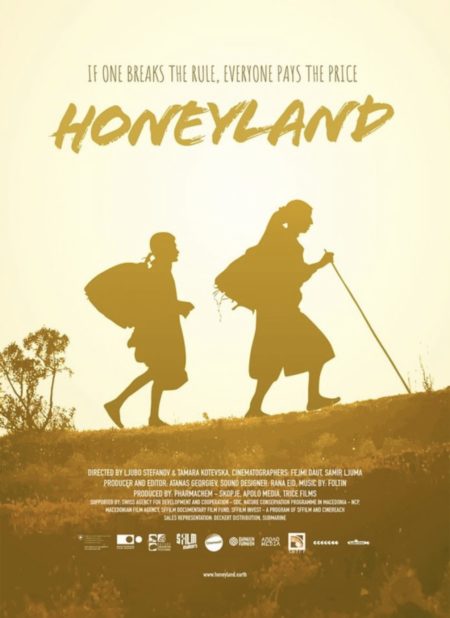 “Honeyland” persists as a stunning portrait of humanity and traditions. This heartfelt and delightful documentary certainly captures your heart. Throughout the film, the heartache and honesty seen through Hatidze will move you immensely. I will openly admit I struggled on the initial idea, but definitely do regret not appreciating the movie sooner. “Honeyland” is one of the year’s best kept secrets! 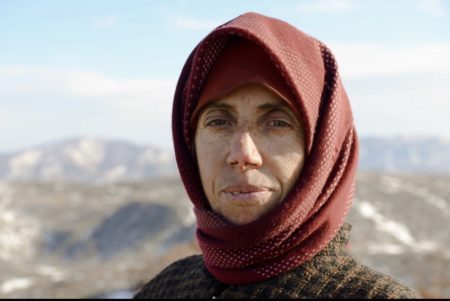 Directors Ljubomir Stefanov and Tamara Kotevska have certainly created a mesmerizing movie, which begs the viewer to frequently ask themselves how did they capture this shot? The stunning cinematography echoes classic National Geographic and Earth documentaries so it should be no surprise the film won three awards at Sundance, including cinematography. The “man vs. nature” concept is as old as time, but the message is more relevant than ever with the dwindling honeybee population. 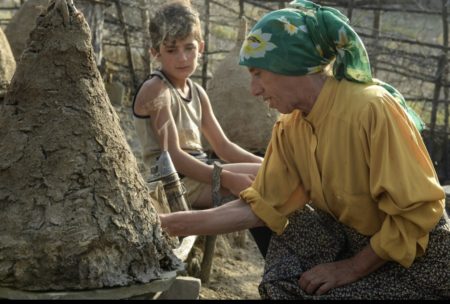 Unlike most documentaries that heavily rely on narration or recreations, “Honeyland” captures a cinema verité without being overbearing and allows the subjects around them to freely interact, only occasionally acknowledging the cameras. Combining the best of both foreign language and documentary styles, “Honeyland” attracts you with its sweet story even though the entire film is spoken in Turkish/Macedonian with English subtitles. Shot over three years, “Honeyland” persists as a magnificent movie and contains one of the most interesting individuals captured on film in recent memory. Don’t keep your sweet tooth buried and check out this documentary ASAP.