I think everyone is looking forward to the sequel to Divergent opening this weekend. Insurgent follows Tris and Four as they do battle with Rose… I mean Kate Winslet.

MTF Reader and all around awesome dude, Chris was on hand for the Berlin premiere of Insurgent and did an outstanding recap for us!

He not only got to meet Theo James (He was nice!) but also got Shailene Woodley as well!

As a fan of Shailene as well as the Divergent Series in general, I had to use the chance to try and see Shailene Woodley and Theo James again. Last year, I had enough luck to get Shailene’s autograph, while Theo kept skipping me.

I heard that both Shailene and Theo refused to sign outside a TV studio earlier that day and I could only get a spot at the carpet in an area I knew Shailene didn’t sign in last year – under these circumstances I wasn’t very optimistic that the day would be a success.

The director Robert Schwentke arrived and did a few rushed autographs. I didn’t get one, but also didn’t really care about getting him.

Now Shailene and Theo arrived and walked all the way down to start signing at the opposite end from me, meaning they would have to sign down the entire lines to get to me. It didn’t look very promising to me.

As the minutes went by, both were slowly getting closer and closer. Now they were signing directly next to each other. I expected them to stop before they got to where I was, but – surprise – they didn’t! I was impressed by how much they signed.

I first met Theo. He was definitely nicer to me than he was last year. This time, he signed my poster without hesitation. I thanked him and told him it was nice to see him and he kind of seemed to appreciate it. 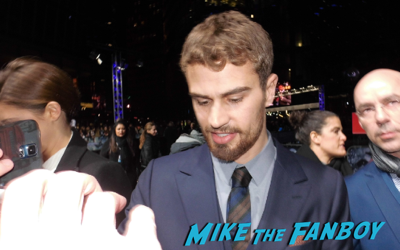 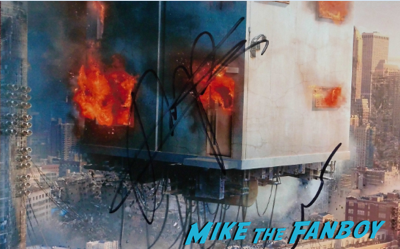 After that, Shailene was already standing in front of me. She signed my poster as well. For many fans, including me, she did a much nicer autograph than she usually does at premieres etc. and it sure looks SO much better than the signature (more like scribble) I got last year. I’m really happy with how it turned out. After she signed the poster, she was like “Thank you for waiting in the crazy cold!”. She was pretty sweet. 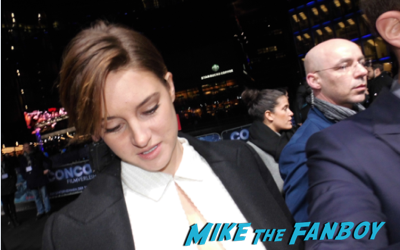 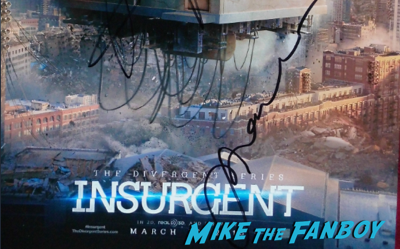 Afterwards, I decided to try and see if they would sign again while leaving the cinema after the premiere, without really expecting that to happen. And I was right, they basically escaped to their cars without signing. But after they had already signed for pretty much everyone at the actual premiere, no one could really blame them. 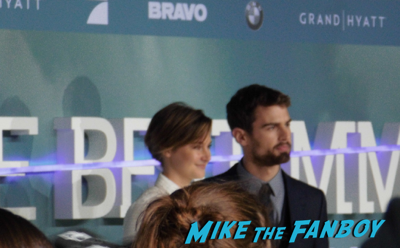 And that was that. All in all, the premiere could barely have been more successful and I’m really thankful that both Shailene and Theo were nicer and took more time out of their day to sign autographs than they did last year.