Ace convinced me to head down to Golden Apple comics today. Why? Oh what a good question. Famed horror director John Carpenter was doing a rare signing with co-creator Sandy King, for a new comic book called Asylum.

A couple panicked text massages later and I was parking my car. Ace screamed out “There’s Mike the Fanboy!” as I crossed the street. Great… Just what I like on a Sunday morning. Doh! 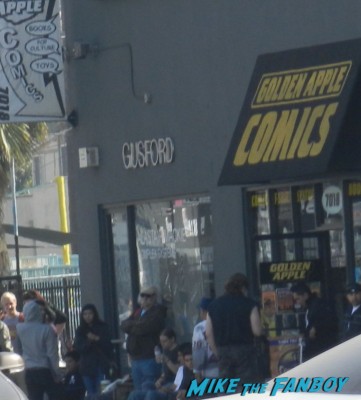 You can get the three current issues of Asylum signed along with a variant cover only released for this signing, plus one personal item as well. Ace really needed about 39 comics signed, see he’s building a fort in his front yard and needs one extra comic book layer to make it solid.

After we got our books, a bunch of us headed to Chipotle to get some lunch. Mmmmm Salsa… 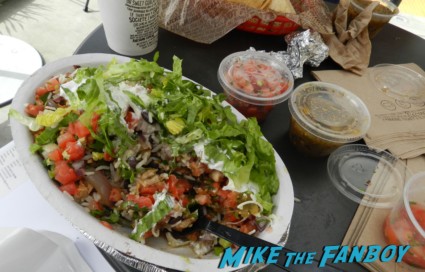 The nice thing is that once you buy your comics you get a line ticket that gives you a number so you don’t have to sit in line all day. Whew! I like that. 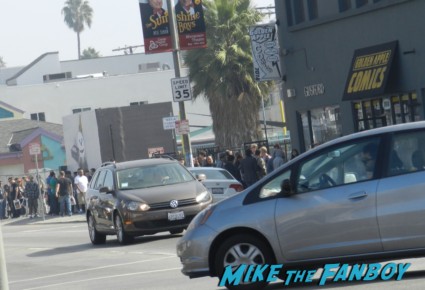 So after lunch we only had a few minutes to wait before meeting John Carpenter and getting our stuff signed. I’m obsessed with watching the Jiffy Lube dude twirl his sign. The dude is a machine! 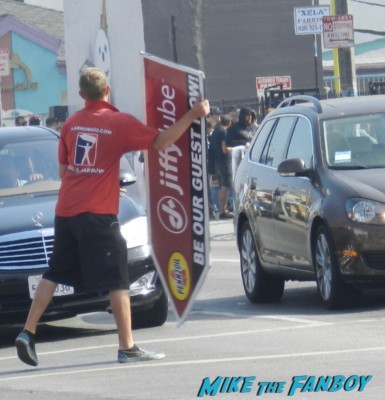 Ace and his brother Alex, AKA the Brother’s McMullen are goofing around. Ace is still trying to figure out how to get more comics. He’s hoping if he changes his current ash grey hoodie in for a dark grey hoodie no one will recognize him. 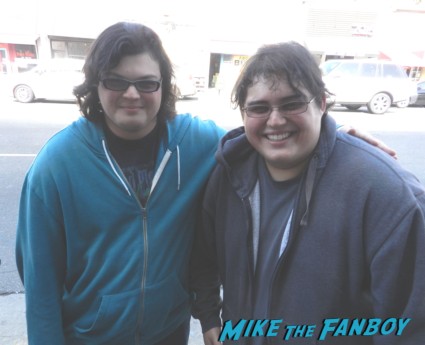 The line is starting to move. 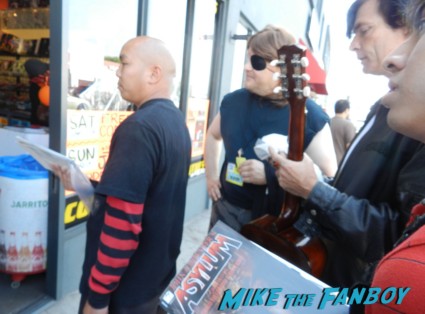 The line ticket dude is dressed like Snake from Escape from New York. Looking snazzy there brother! 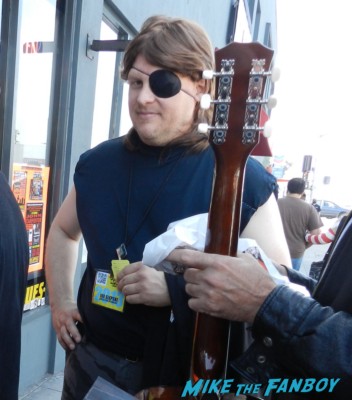 And then I’m in. The line is moving pretty damn quickly. 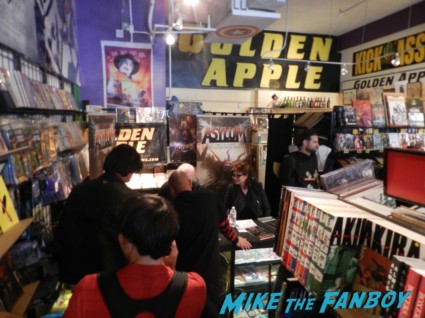 John Carpenter is being really cool and chatty. I have a mini poster for The Thing as well as the comic books. 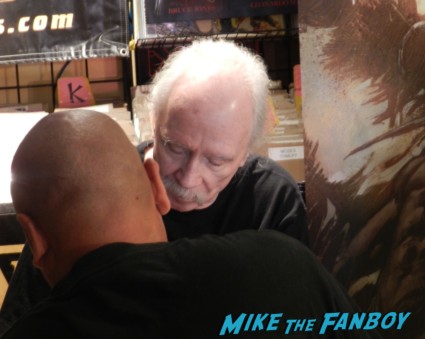 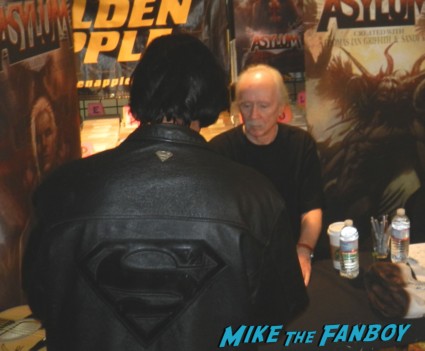 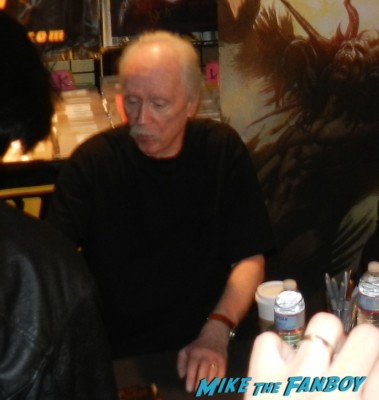 When it’s my turn, I talk to John for a hot second about how much I liked The Thing and Big Trouble In Little China. 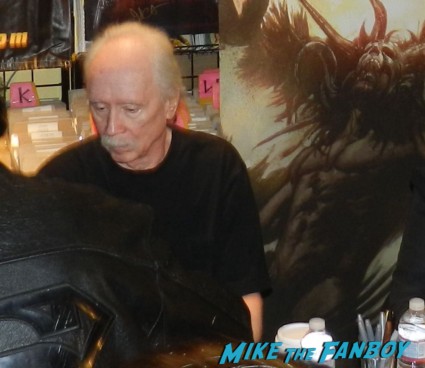 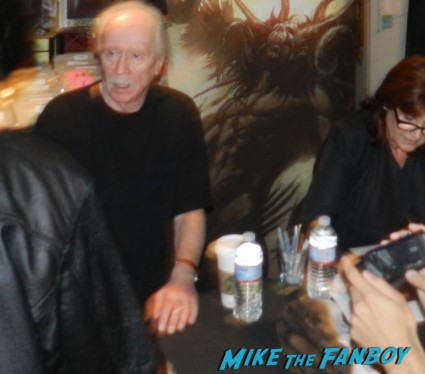 He was super cool and I also thanked him for doing this signing. 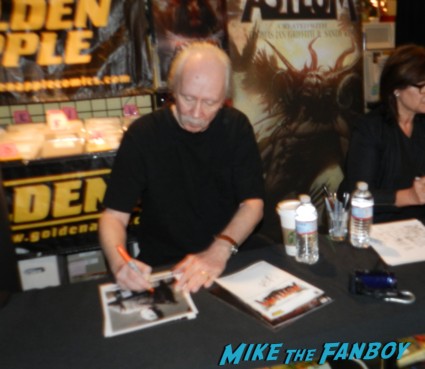 And that as we say is that… 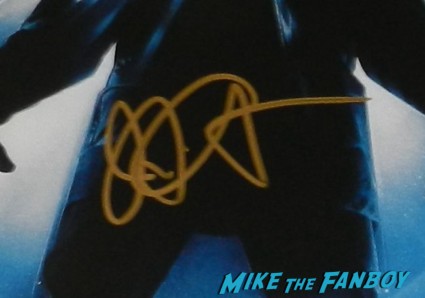 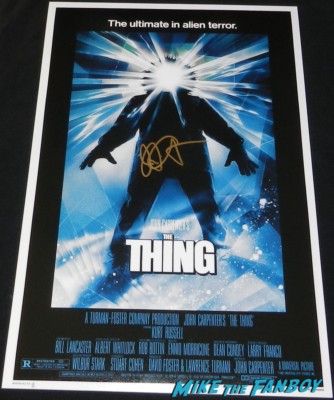 Now what to do with all these comic books? Perhaps a giveaway? Hmmmmm What do you guys think? Would you like to see a giveaway for one of the John Carpenter Signed comic books? 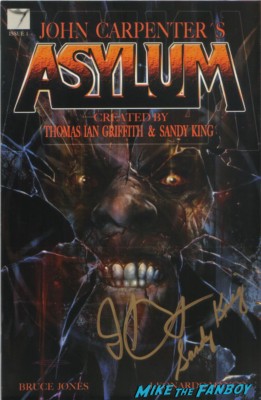 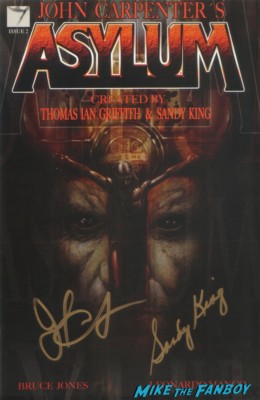 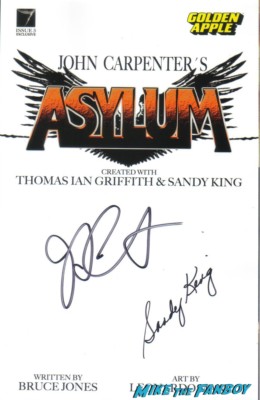