Every year for the past… Oh… Four years? Gosh, has it been that long? John Carpenter has done a signing here in Los Angeles at Golden Apple Comics. It’s always nice and easy and friendly. 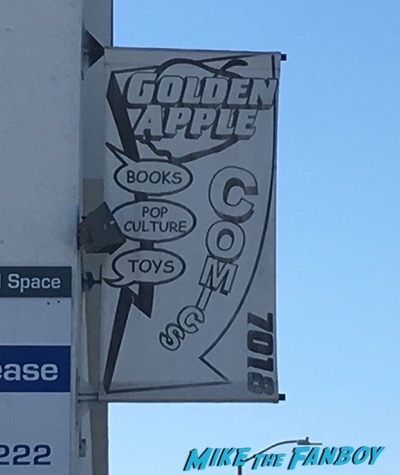 It’s a super plus because John Carpenter always agrees to let people get things like posters and memorabilia signed as well. It’s great to get such a legendary director in a low key non rushed situation.

This year John was in an awesome mood and was even nicer than usual.

I didn’t pre-purchase my book right away so I was in the 100 block of the line numbers. Doh. When you pre-purchased the book you got your place in line so that prevented everyone from having to wait in line all day in the sun, which is something I really appreciated. 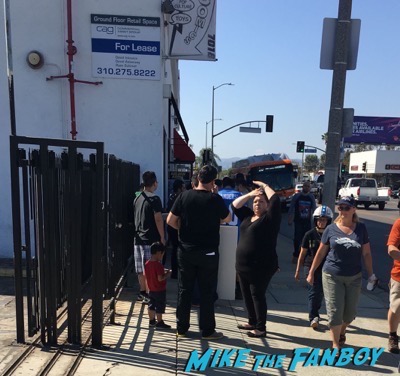 I brought my Starman mini poster that I already had Karen Allen sign and my Starman oversized VHS box that I had Jeff Bridges sign. I figured that would be nice. I already had John Carpenter on my Big Trouble, Halloween, The Thing and other various pieces so Starman it is. I should have gotten a Christine mini poster but I didn’t. doh! 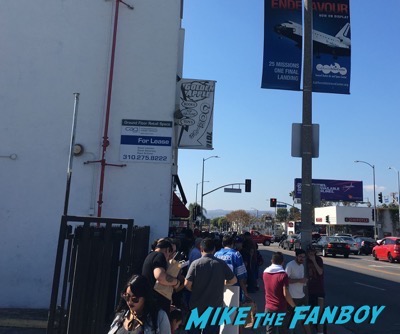 Anyway, we lined up and I saw Big Mike, Ryan, Dane and a bunch of the usual cohorts. I also bought one of the foil Halloween LP’s they had for sale to get signed as well.

The line went pretty fast and like I said it was very relaxing. Big Mike had a mountain of things to get done so I took his The Fog DVD cover to get done for him. It kills me to get a DVD cover signed, but I’m a kind and generous person, what can I say? 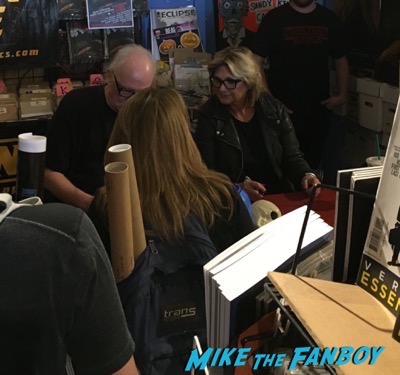 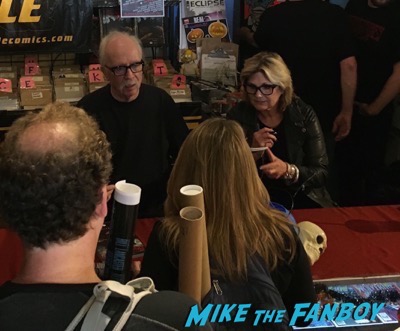 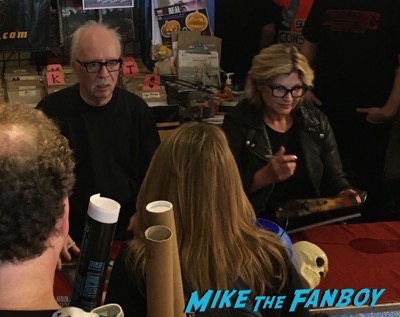 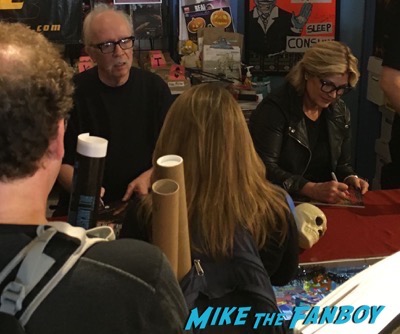 When it was my time, I just plopped all my stuff down, and John Carpenter was even doing pictures as well. The book was called Tales from a Halloween Night Vol 2 and all the other writers were there as well. 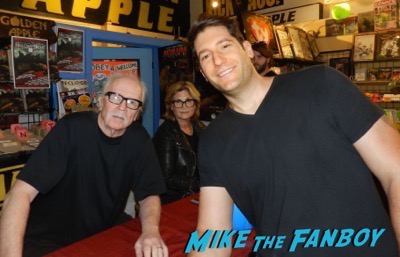 All my stuff came out great and it was a fun afternoon. John was like, “Starman!” I don’t think anyone else had Starman in the line, lol, but I think it’s one of Jeff Bridges best performances of all time. 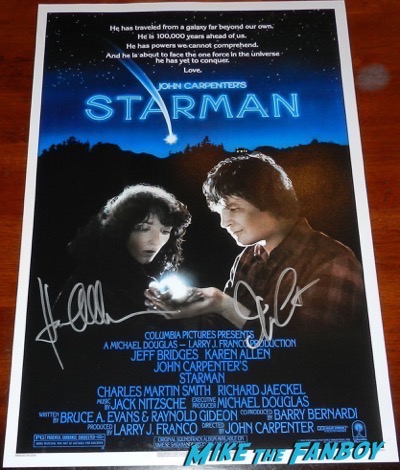 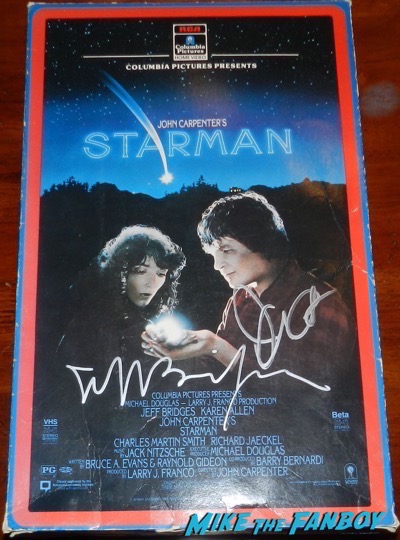 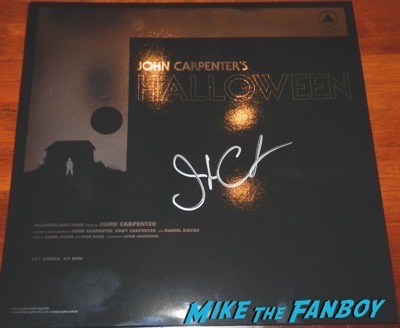 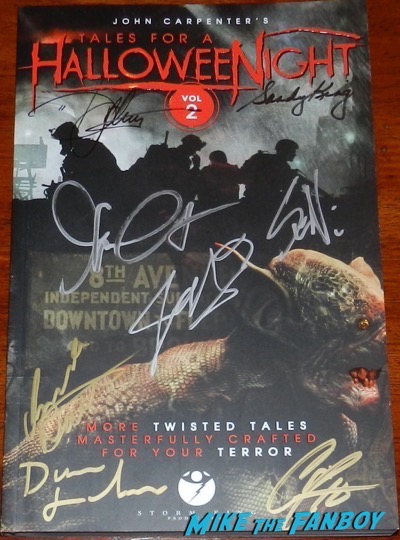