It’s a Married With Children reunion at Katey Sagal’s Walk of Fame star ceremony! It’s always awesome to see a cast come together to support their former co-star. I love it. It’s really sweet.

Katey Sagal, received her star on the Walk of Fame and being the star of Married… With Children, Sons of Anarchy, and 8 Simple Rules, she has a lot of fans.

Paul was on hand and had a blast! Check out his recap below!

It’s 7am and I am greeted by the lovely Brenda with lots of memorabilia for Mel Brooks (High Anxiety record and To Be nazi photo) she got signed (and had smurftastic Kitti hold on to).

Since I am doomed when it comes to handprint ceremonies (had to work at last minute), I couldn’t go.

So it’s 8am and the usual non fanboy cast is there. About 9:30 am or 10 am the fanboy super grapher Ace and Chris show up and a bunch of sons of anarchy fans show up (never saw the show).

I brought my vol 1 Futurama dvd for Katey to sign. I’ve gotten her before at Amoeba but this was pretty special. So the usual cast members show up including sons of anarchy superfans (they had the t shirt’s to prove it).

So the arrivals come and everyone is freaking out over the sons of anarchy guys who I don’t care about but here comes Walk of famer shotgun Tom Kelly using his star power to get in and I am the only one who called for him. 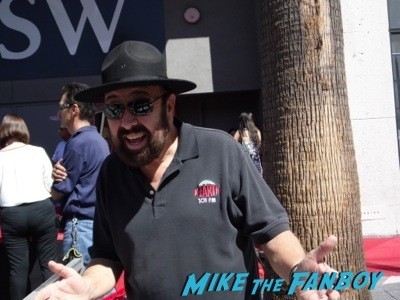 He comes over and is super cool as usual then Katey Sagal shows up and the crowds roar! At the same time David Faustino, Christina Applegate and Ed O’Neil show up! Wow! It’s a Bundy reunion! Yeow! 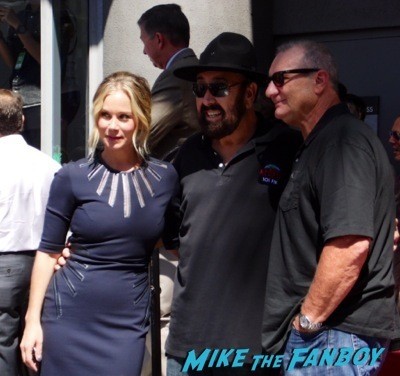 I then notice the battery in my camera is low jeez! Oh well! So first is the producer of FX who speaks but the whole mood of the day was trying to stay in the shade. The heat was really hitting hard that day. Then it was Ed O’Neil’s turn to speak and he did something unorthodox he brought his TV family up to speak with him so Dave and Christina spoke too! 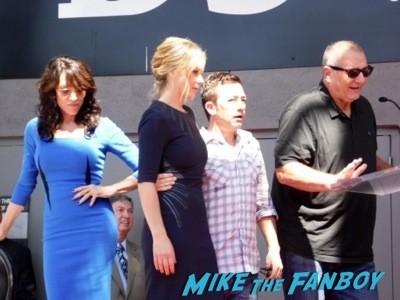 That was pretty awesome and then Katey Sagal spoke and she made a statement about living in the moment and not looking back which is just great! After she did the press Christina, David, and Katey Sagal signed for fans Ed just waved and posed for pictures (bruce Willisesque) but I expected that. 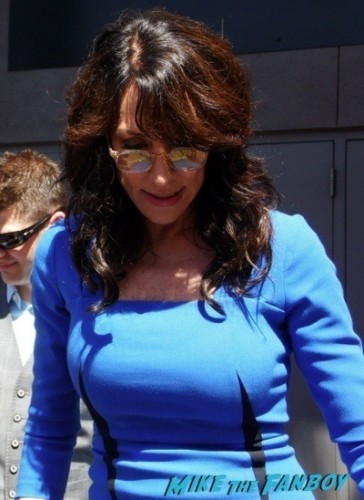 Anyways the day was awesome