I must admit, I love cooking shows… and specifically Gordon Ramsay’s shows. Kitchen Nightmares is a total guilty pleasure, I can’t deny it! Lol… Oh lord… I know and I keep going on about how much I hate reality TV. Sigh… I really do though…

Anyway, CB is out and about for the kitchen master, he’s a pretty cool guy shockingly, because is television alter ego isn’t so nice… lol… at least to the contestants!

Hello everyone, today I am writing about my awesome Gordon Ramsay encounter. You can’t watch a Fox show without seeing a commercial with this witty Scott insulting and belittling chefs. I can’t deny it; I’m a big fan of all his shows, including all his BBC stuff. I still think the funniest clip is him trying to make James May from Top Gear a real man…(look it up on youtube) He was doing a talk show taping and I got this really cool Master Chef poster, and I was hoping for him to sign it. I’ve met him before and he was really fan friendly. Let’s hope for the best.

6:00: I arrive and I’m joined by four others. Nothing to bad

6:30: We see Gordon leave and we chant for him and he comes over and signs for all of us. 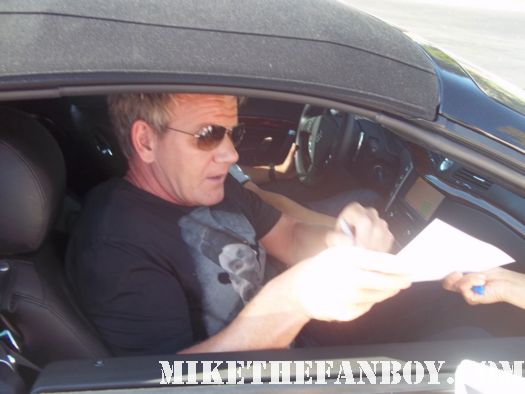 He even says, “I’ve got to go, I got a plane to catch”, but still continues to sign. 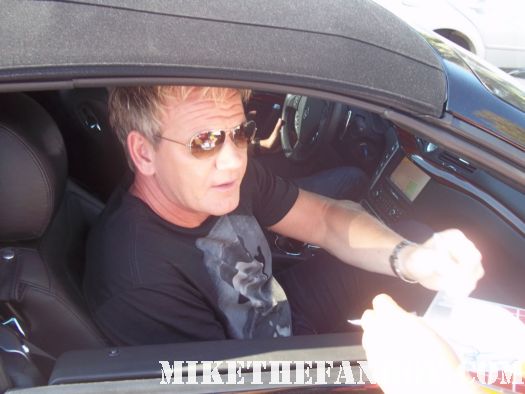 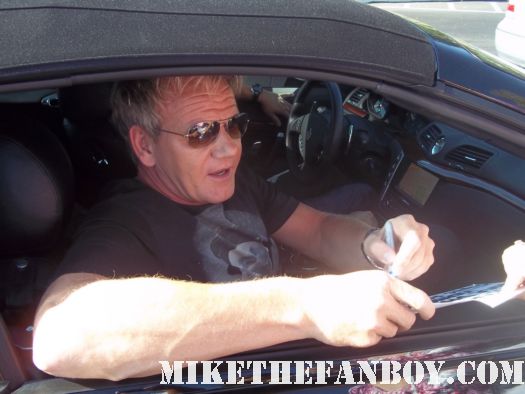 Once again, Gordon was awesome to his fans. I hope that never changes. Until next time, take care everyone.