If you look at the box office these days, it seems like sequels are all the rage. Some are even being done decades after the original stormed the box office. The problem though, is that if you wait too long between sequels, audiences can forget about a franchise, but if you do them too close you risk franchise fatigue. 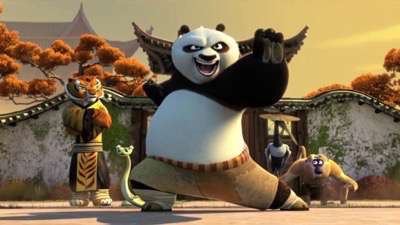 It seems like forever since we’ve seen the adventures of Po and The Furious Five in Kung Fu Panda 2 and now the gang is back for a sequel in Kung Fu Panda 3. I’m happy that the film stills feels fresh and fun in the five year absence.

Po (Jack Black) having previously made his mark in the martial arts world is happy being a defender of the valley. His Furious Five are all back in action including: Tigress (Angelina Jolie), Monkey (Jackie Chan), Mantis (Seth Rogen), Viper (Lucy Liu), and Crane (David Cross). Not everyone is content to see Po resting on his laurels, Shifu (Dustin Hoffman) wants to teach Po the ways of the Chi and make Po the leader Shifu knows he can be. Without these leadership responsibilities Po will never make it to be a Dragon Warrior. 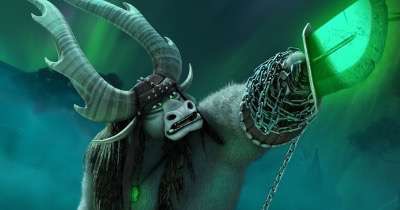 Then Po receives a visitor… It’s Li (Bryan Cranston) Po’s biological father, who has left a Panda sanctuary to see his son. This doesn’t sit well with Ping (James Hong) who is Po’s adoptive father.

The world is rocked when Kai (J.K. Simmons) a large giant creature who, along with his jake warriors, wants to seize control of China. Kai is using his knowledge and mastery of Chi to to take China’s legendary leaders including Oogway (Randall Duk Kim). 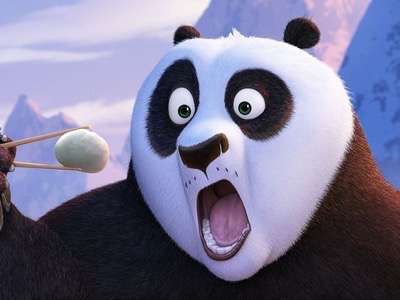 That’s a lot going on for a family animated film featuring a large Panda who is trying to master Kung Fu. I applaud the fact that the script doesn’t pander to it’s audience, it deals with emotional issues and really allows the voice actors to create compelling and interesting characters. Bryan Cranston is so good as Li, you forget it’s simply a voice performance. 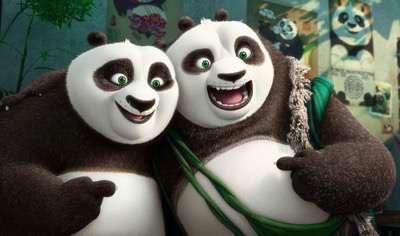 The relationship between Li and Po, and subsequently Po and Ping really drives the emotional core of the film. James Hong is equally awesome as Ping and steals practically every scene he’s in. 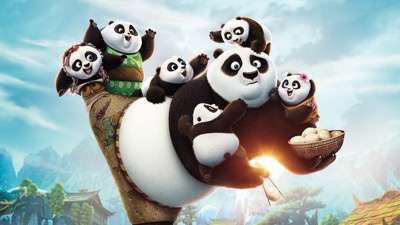 Kung Fu Panda 3 arrives on Blu-ray in an excellent transfer thanks to Dreamworks Home Video. I’ve said this several times but animation is really the medium that shows the high definition and quality of Blu-ray. The details are extraordinary, you can see every individual follicle of fur, and the color gradient is really wonderful. Even the background landscapes are like individual works of art. Very impressive. 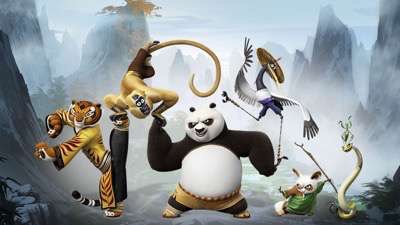 Everybody Loves a Panda Party – This is the Kung Fu Fighting production number with the films cast. A sing-along version is also included.

Po’s Poster of Awesomeness – Po tries to explain away a series of posters featuring him on the wall of his adoptive father, Mr. Ping’s noodle restaurant.

Panda Paws – Mei Mei tries to audition for the lead role in a play. A cute little mini movie.

Make and Panda Party Paper Pal – Po gives viewers insight on the art of paper folding and shows them how to make a mini panda figure.

The Origin of “Skadoosh” – Pretty much how it sounds, Po explains how he came up with his catchphrase.

Gallery of Epic Artfulness – A photo gallery from the film.

Theatrical and promo trailers – The original theatrical trailer for Kung Fu Panda 3 along with some sneak peak clips from other Dreamworks animation titles. 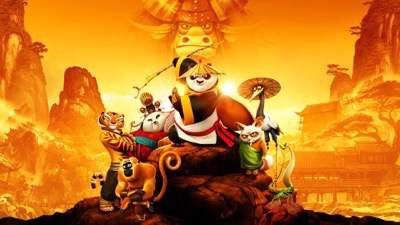 Overall, If you loved the first two Kung Fu Panda films, there’s no reason you won’t love Kung Fu Panda 3. It’s very well done and has emotional heart and resonance. I highly recommend checking this out, it’s a perfect addition to any home video collection! 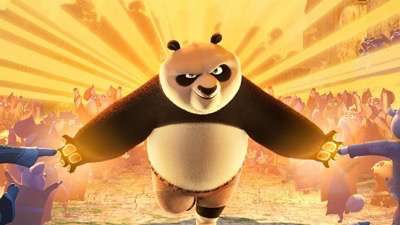 Kung Fu Panda 3 is out now on Blu-ray!