James has another awesome report to share from the London Film Festival! He went out to the Labor Day premiere for Kate Winslet, josh Brolin and Jason Reitman. Sadly, there was some heartache (at least for me it would have been heartache, lol) along the way.

However, James did get one of the people he’s been wanting in director Jason Reitman!

A nice short post from me today. After a few days off from the Film Festival (gutted I missed Julia Louise Dreyfus on Saturday, but you can’t be everywhere), I made the trip back up to Leicester Square yesterday for Labor Day, Jason Reitman‘s latest film starring Kate Winslet and Josh Brolin. I’ve met Kate (twice) and Josh (once) before, so I wasn’t too worried about either of them; Jason however I really wanted to meet – he directed one of my favourite films (Juno) and introduced me to Anna Kendrick through Up In The Air, another film I love.

I got to Leicester Square and met a couple of friends, only to find the barriers rather empty. Worryingly empty in fact, my first thought what to wonder what was happening elsewhere that was more interesting (cough Robert De Niro I mean you), so rather than wait in the cold we stayed in McDonald’s for a couple of hours.

Finally headed out when the crowd looked more promising, which meant we only had a 45 minute wait or so for arrivals. First to arrive was Josh Brolin, who’s PA said he would deal with the press first then start signing. All good and well, just he started signing further down from where we were. Ah well, can’t say I was too bothered having met him last year. Kate Winslet followed, and much the same happened. Press first, signing second, and again further on from where we were. Again, I’m not worried – I’ve met Kate twice before, and have no doubt I will again another day. 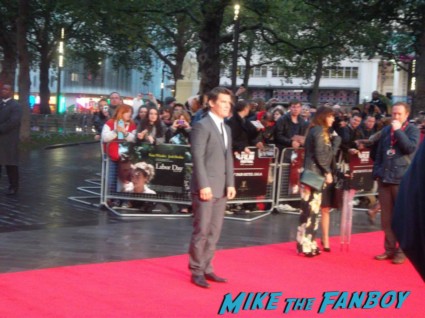 Last to arrive was Jason Reitman. No one else really seems to care. I’m shouting for him to come over whilst he’s posing for the photographers, he catches sight of the mad person pointing at a DVD sleeve with a sharpie and comes on over. He’s really chatty,  signs my Up in the Air DVD sleeve and an index card, and also poses for a photo with me. 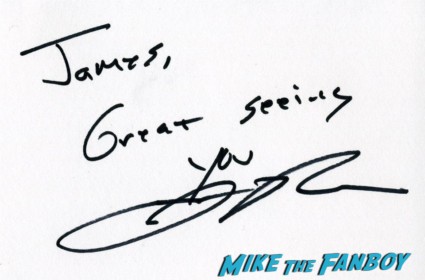 Result! Unlike the others he’s in no rush, and spends a short while talking (mainly about how cold it was). Happy James! 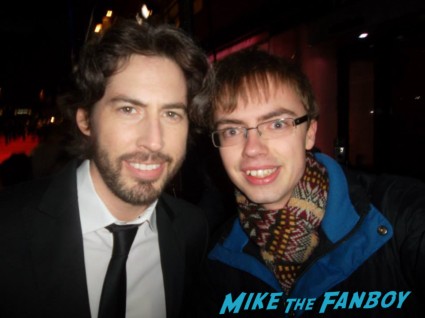 and that was that. a 45 minute wait for, to me, a rather awesome director. Hopefully there’ll be more of the same later today (it’s midday London time as I type, even though knowing me this won’t be published for a while!) with Joel & Ethan Coen. But more importantly, Carey Mulligan! 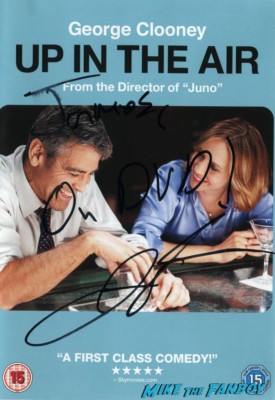