You just never know when you’re going to meet someone. BMart was on campus and none other than Glee star Lauren Potter came to speak at his college. She was doing a seminar about people with disabilities and her experience in Hollywood while on Glee.

BMart was able to meet the star and get a photo with her as well!

Hello everyone! So as a college student, now grad student (I graduated college in 3 years and getting my masters in a year at age 22/23) at the University of Nevada, there are some perks. One is that important people come and speak at the university. This happened to be Lauren Potter from Glee, speaking about disability awareness and her experiences in Hollywood. This is the first celebrity we have had in years so I was super excited to go. It helps that I’m a huge Glee fan.

The event started at 7 with doors at 6:30. I met up with my other graduate friend at 6 because I thought it would fill up fast. It is a smaller room than the bigger ones on campus because I assume the other ones had classes going on. You needed a student ID to get in but I forgot mine. Luckily, my friend was working the door so I got in. It started on time and she gave a speech for about 20 minutes. Here are pictures of my seats: 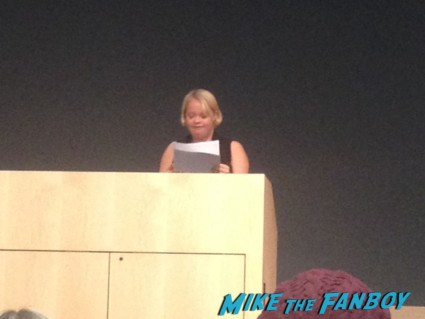 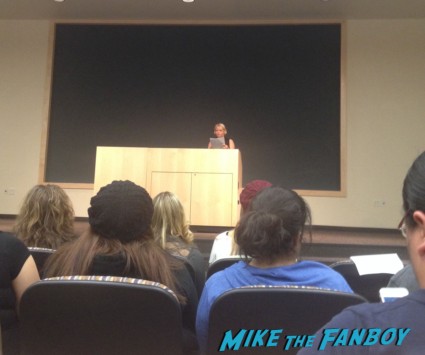 She then moved on to a Q/A, which lasted until about 8. She got asked questions about everything you can think of and was always nice and super funny. Her mom was there with her. (side note: It was the night that Cory Montieth’s memorial episode was playing and she was very fond of him, according to her questions. She held up very well for such a tragic event) 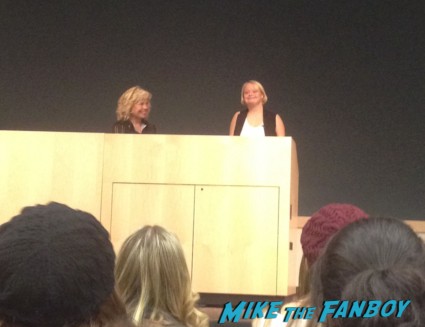 It’s autograph time! Everyone rushed the stage but they forced us to make a line. I was in the middle with my friend. They moved us along quickly because there was a lot of people wanting to take pictures with her. She took her time with everyone and was super sweet. She signed whatever you brought her too. It was awesome and I loved it! 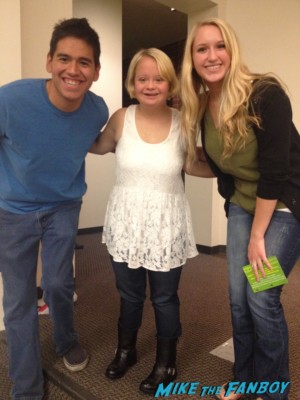 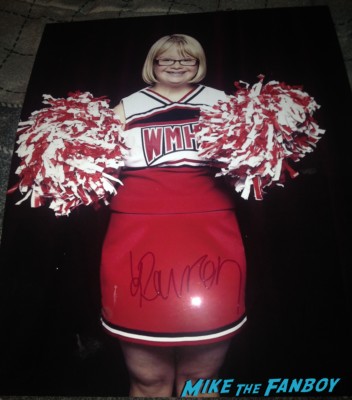