I have a soft spot for any movie that’s set in the city of sin… Wait… That didn’t sound right but it’s true! Much like New York City there is just something about the vibe and energy of Las Vegas that can not be denied. Even now, when it seems like there’s a new casino sprouting up on every corner, Las Vegas holds a certain allure.

That same allure draws young Beth (Rebecca Hall) to fabulous Las Vegas to better her life and become a cocktail waitress. Once in the city of sin Beth realizes it’s not that easy to find a job and with the urging of Holly (Laura Prepon) she interviews with Dink (Bruce Willis) who runs a gambling empire. 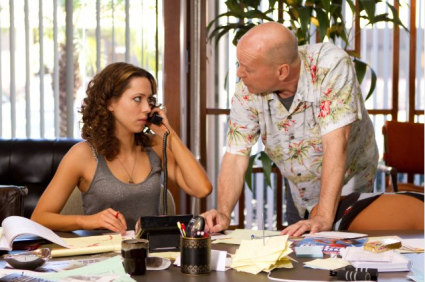 Beth realizes that she has a head for numbers and Dink takes her under his wing. When Dink’s wife Tulip (Catherine Zeta-Jones) gets a look a Beth she’s none too pleased and chaos ensues.
Dink and Tulip strike a deal because Dink thinks that Beth is good luck. However once his luck takes a turn for the worse he and Beth are no longer on the same page. Lost once again, Beth runs to New York with the impossibly perfect Jeremy (Joshua Jackson) who falls in love with her. Swoon. Then Beth pairs up with Rosie (Vince Vaughn) a gambler Dink warned her about and helps run his gambling empire. 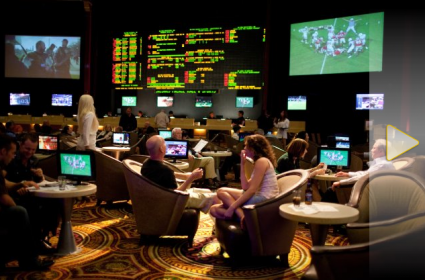 When one of Beth’s gambling contacts threatens to squeal to the Feds, Dink and Tulip head to the big apple and save the day.

Lay the Favorite was shuffled in and out of theaters faster than a roulette wheel spins. It’s honestly too bad, since this pleasant little movie deserved better. 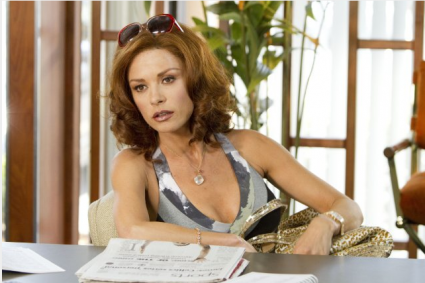 The cast is clearly A-List caliber and Rebecca hall really gives it her all. She carries the film on her shoulders and that’s no easy task. Catherine Zeta-Jones is hilarious as Tulip and makes a character you would normally dislike into campy fun. Vince Vaughn does his usual schtick and doesn’t really breathe anything new into his character.

The real weak link in the film is Bruce Willis. While he’s never been a master thespian he really phones it in here. I half expected him to have his script under his leg so he can look at his lines before he actually does a take. 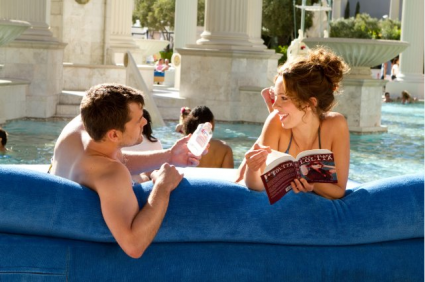 Don’t let that discourage you from picking up the film however. Lay The Favorite isn’t going to be you top pick of 2013 but it’s a nice mildly amusing film that makes for easy evening viewing.

Special features are sorely lacking. There are a number of deleted scenes that don’t add or detract from the overall film except it’s clear that Laura Prepon’s character had a bigger role in the overall arc of the movie. There’s not even a theatrical trailer for the film which is a tad disappointing.

Lay The Favorite is out now on blu-ray combo pack and DVD! 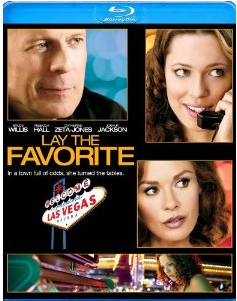