Okay, I know I tease Ace all the time about going out for random people but today he was nice enough to head out with me for someone I’ve wanted to meet forever.

When I was cough, cough younger… I was watching HBO and came across this show… It was like nothing I have ever seen. My friend Vanessa and I, quite literally spent the next six hours watching a marathon of this series… The name, you may ask… OZ!

The prison, soap opera drama was quite literally unlike anything I have ever seen.

The star of the series Lee Tergesen was doing a play in Westwood and I had to go down and have him sign my Oz mini poster and DVD cover. I already had David Zayas, Lauren Velez, and Edie Falco sign it. It’s been a slow mission.

Ace was super excited to head out with me. I mean, a day of fanboying with Mike is really a rare treat. Ace has his collection of mini poster for “The collection” and a small photo, I mean an 8×12 photo for Amy Brenneman from Marky Mark’s Fear. 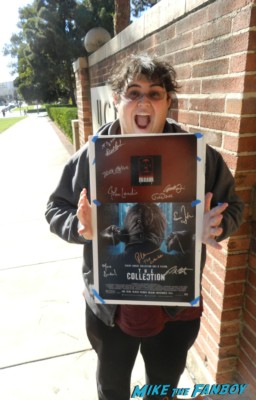 It’s a beautiful day and we’re hanging out. Thankfully, Ace’s hoodie is preventing the beams of sunshine from touching his alabaster skin. It’s important to layer in sunny California. It’s known to be chilly… and 75 degrees outside… At least today.

There is a bus parked outside the theater from a retirement home. We know that the play hasn’t let out yet because the bus is still there.

And so we wait. Honestly, it hasn’t been that long.

Oh… Oh… and the play is letting out. Ace and I head on over and let’s just say the patrons aren’t moving like the speed of lightning.

After a few more minutes Amy Brenneman comes out and Ace pauses. Amy looks at us like, yes… It’s me! Sigh… She was very nice and saw the Fear photo and said, “Oh, this was Marky Mark’s first movie!”

She called him Marky Mark! Loving it!

After Ace got his two photos he settled down and we waited for Lee Tergesen. Finally, Lee left and he couldn’t have been nicer. 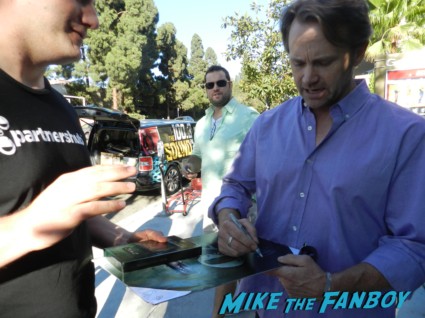 He was happy to sign my OZ DVD and mini poster and then talked to Ace about his “collection”mini poster. He asked where he got everyone to sign it, and Ace said they had a signing, “those fuckers didn’t invite me!” Lee Tergesen said. lol… He was so nice and was happy to take a photo with me as well. 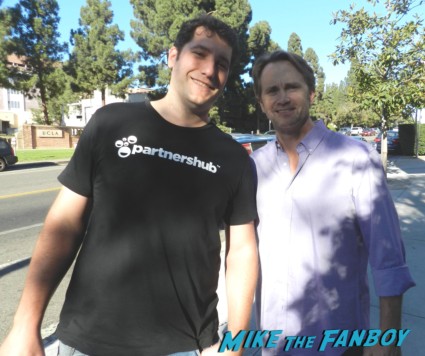 It was a really nice day! Thanks again to Ace for heading down with me! 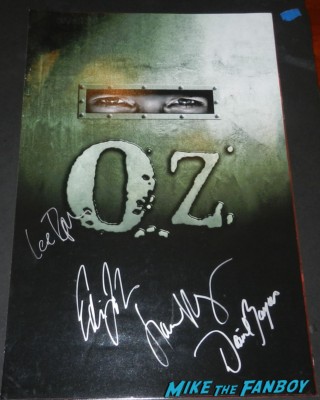 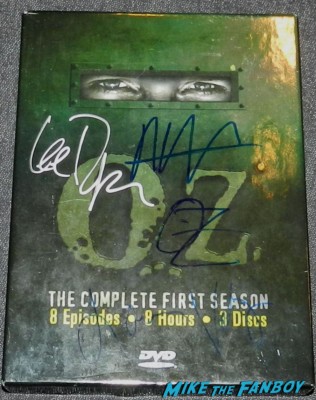