This week, Scotty and I headed to a q and a for The Revenant with Leonardo DiCaprio. Now, usually q and a’s go pretty well, but there’s been a couple this year that just have been rough. Since it’s FFF I guess you can see where this one lands.

The film itself was good.. It was long, and I’m still trying to figure out how a man could get mauled by a bear, get his wounds hand stitched with no antiseptic by fur traders, buried alive, get covered in pussy sores, survive gauntlet-like white water rapids with no boat, suddenly be able to walk again, ride over a cliff into a tree on a horse where the horse was decapitated and he just gets up like everything’s fine, gets to camp, takes a bath and heads out to find Tom Hardy like he’s perfectly well. 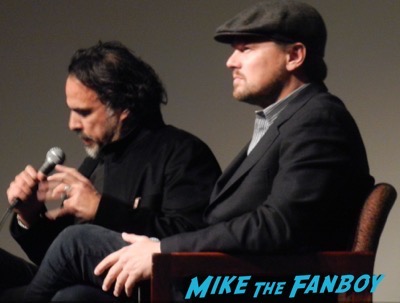 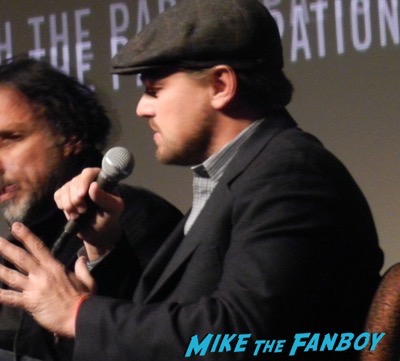 The q and a itself was fine, Leo talked about eating a real raw liver during a scene, which was odd since there was a giant fire not a foot away. You don’t want to cook that liver? Just saying. 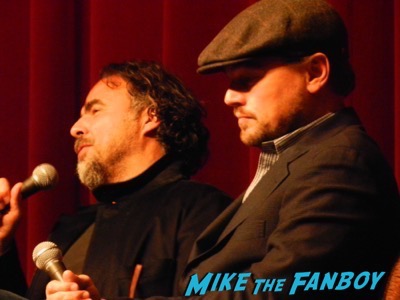 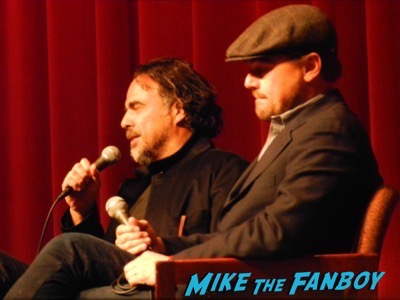 Also at the q and a was Alejandro González Iñárritu, an amazing filmmaker to be sure. I love his work. I didn’t love The Revenant, but generally he’s great.

They talked about the deep snow and how hard it was to film in those conditions, how they figured out the ending during the editing process and didn’t really know what it would be going into the film. 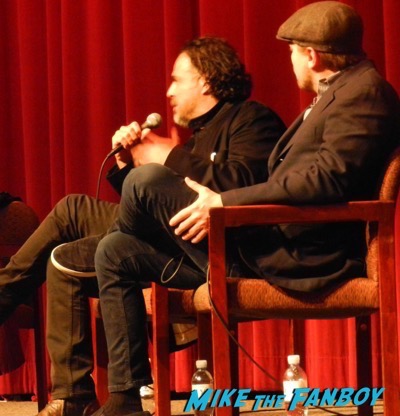 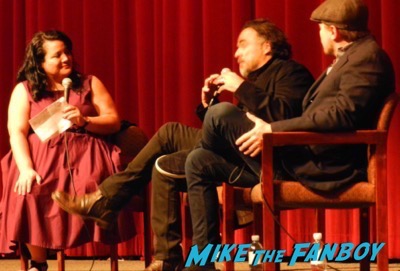 After the q and a Scotty and I got right up to the stage with about 20 or so other people and Leo wouldn’t even look. He smirked and walked off without even a wave to the crowd.

I guess when you’re the Oscar frontrunner you don’t need to be cool to the fans. Doh! After Suddenly Susan’s fail, this one is strike two!