Ian McKellen, who I adore, was in Los Angeles promoting Mr. Holmes.

I tried once before to get him after a q and a but that was a fail.

This time I bought tickets to go inside with Scotty.

We watched Mr. Holmes which wasn’t a bad little film.

There was a q and a with Ian McKellen and Laura Linney after.

The q and a was good, I could listen to Ian McKellen speak all day long. He was spry, telling fun amusing stories and in such good spirits. 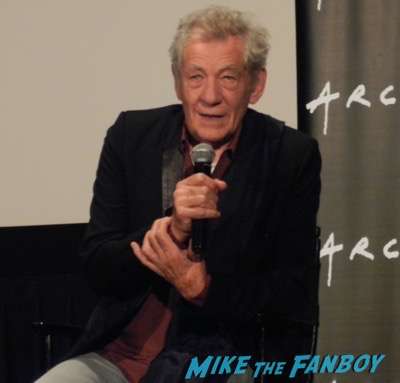 Laura Linney was also in a great mood as well. 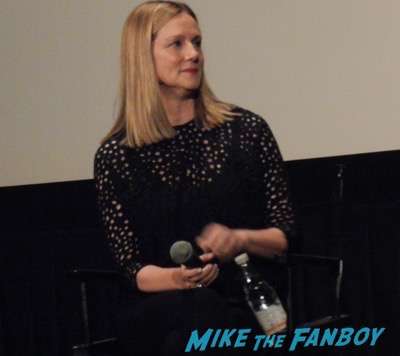 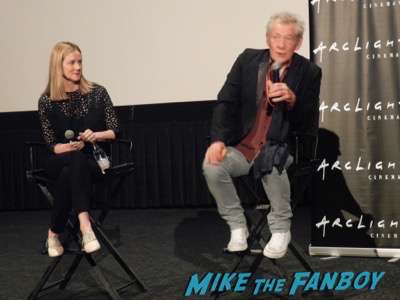 Now, Ian McKellen literally asked everyone in the audience to spread the word about how good the movie was and help them get the word out.

Now, here’s the thing. This is the second time I’ve been to a q and a where the star of the film asks that and then… either they bolt out or don’t sign or pull the “I don’t have time to talk to fans.” 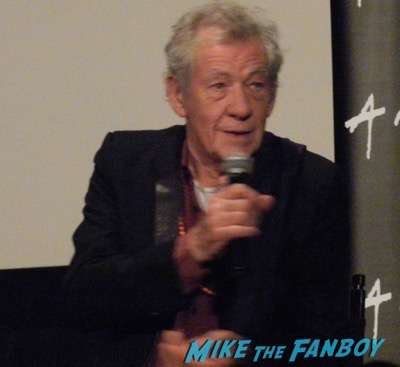 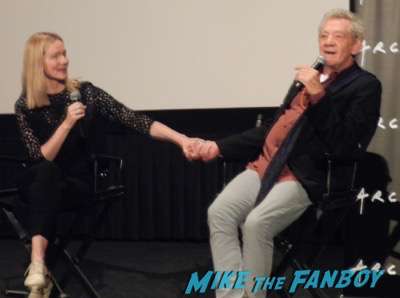 Well, look. Don’t ask people to help spread the word about your movie and then claim you don’t have time to say hi. It’s kind of B.S.

After the q and a, a woman ran up with her Lord of the Rings poster and Ian McKellen signed it, but then… It was madness. The security tried to usher him out, Ian McKellen honestly did try and sign but I think it was overwhelming, and I don’t honestly blame him per se in this situation.

But, his “handler” was such a jerk. At the end, I wasn’t even close to Ian McKellen and the guy ran over to me and pushed my poster down smacking it. I’m about five people deep and I wasn’t even holding it up to get signed because Ian McKellen’s back was to me. Hello dude.

It was just disappointing to say the least. If the guy would have damaged it, I would have been charging him about a grand because I have over 11 people on it including Hugo Weaving.

My Ian McKellen experiences haven’t been that great so far. Grumble.

What can you do?