Hollywood was buzzing last night. Mortal Instruments, The Butler, and a bunch of events were taking place. Now, I decided to head out to a talk show for Liam Hemsworth and Kick Ass 2 star Chloe Grace Moretz.

I love Chloe Grace Moretz from Kick Ass and I’m super excited for Carrie. Now, during Dark Shadows for some reason I didn’t get her on my stuff. I know, people hate Dark Shadows, I like it! So there!

Liam I haven’t been that lucky with. This is try three… I give people passes for whatever reason but after three times, I feel like I can safely say, if you don’t do it, you’re a douche. Sorry, I’m pretty good about giving people passes. Three strikes you’re out.

There are about 40 people here now. Not too bad really. 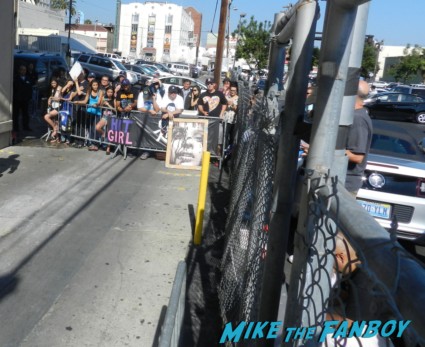 Ace is here and is sporting his brand new charcoal grey hoodie. Along with a sweatshirt because you know the 70 degree weather was just a little too chilly for him… The beads of sweat pouring down his face would seem to indicate he’s hot, however he still feels like he should have a hoodie… Perhaps it’s a nod to the crispy Seattle weather? 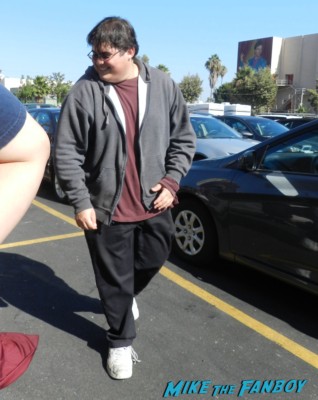 Either way a hoodie is not the latest in this years fall fashion.

Oh wait… As Ace pointed out… This isn’t a BLACK hoodie… It’s Charcoal grey! In that case… Way to change it up Sparky!

Also on the scene today is MTF reader Jim who is here from PA… You may remember Jim from his awesome success with Steve Martin a little bit back. Yep, I’m jealous… Still. LOL… A big MTF Congrats to Jim as he’s in La La Land to get married! He’s taking a little time out for Fanboying before the big day! A man after my own heart!

A car is arriving… It’s Liam Hemsworth. He is getting out and gives everyone a semi-wave before heading in. Doh! 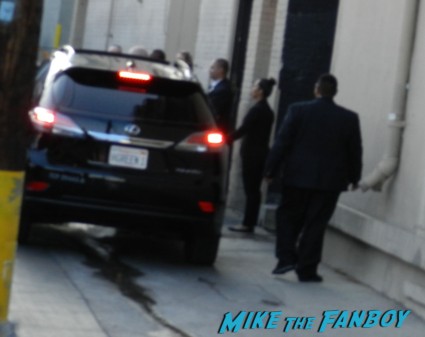 Then another arrival it’s Chloe Grace Moretz! She is very cute and says she will sign on the way out. Okay, well… that’s one at least right?!? 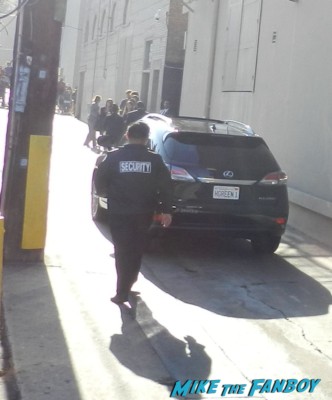 Ace is making to sure he points out he has a new hoodie… We know brother. We know. 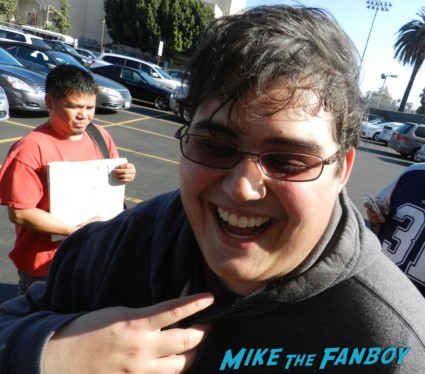 Billy Beer is here along with CB. They look how I feel like this day is going to go. Doh… 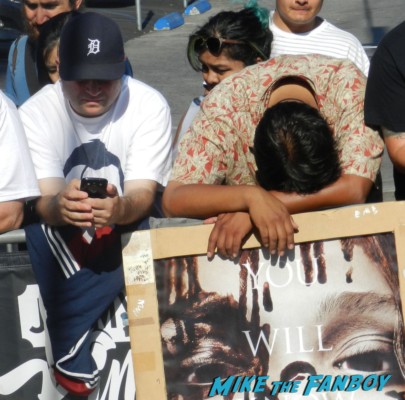 We wait and wait. Everyone is having a decent time hanging out, until finally the show is over.

Liam Hemsworth is having his car pull to the door… Really? I rarely see this happen. Most people (including John Goodman, Harrison Ford, and a gimp legged man dressed as Jesus) can walk the four feet to their car. 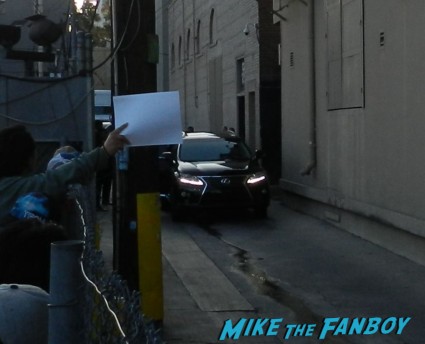 Liam walks out and sticks his hand up before his handler opens the car door for him to get in. Really Gale? Really? He jumps in and drives off ignoring everyone. 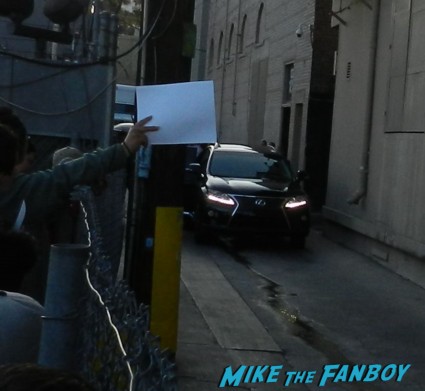 You know… I loved Hunger Games… I thought it was great, but if Liam Hemsworth thinks that was because of his five minutes of screen time and him staring blankly at Jennifer Lawrence, he’s very wrong. I keep hearing he has more to do in the next few movies but he’s getting the douche label. Sorry. I don’t want to get flamed by those few of you who thought he lit up the screen in Hunger Games but I call a spade a spade.

So, after brushing off that fail, we wait for Chloe Grace Moretz to leave.

True to her word she runs over and says she’ll start at the end barricade and come along the fence. 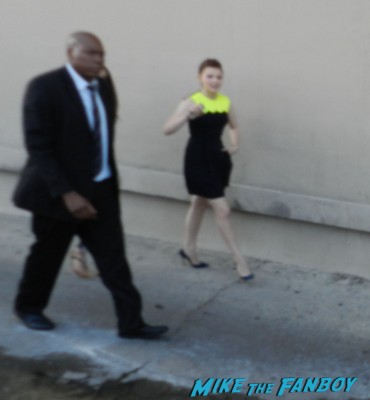 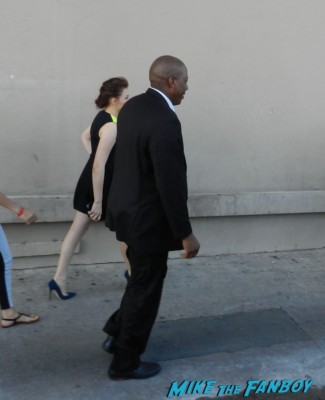 So, Chloe Grace Moretz signs and signs, she does photos and I hear from Billy Beer that she’s super nice and cool. 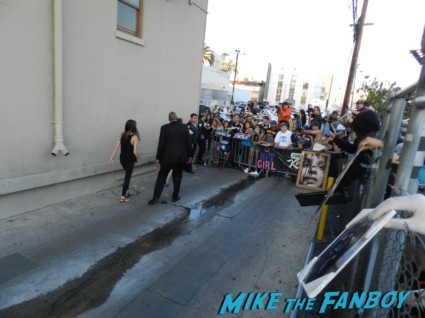 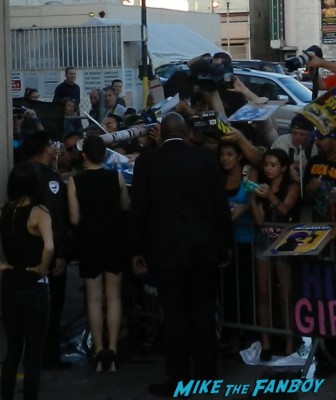 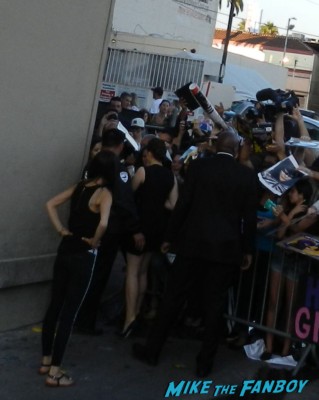 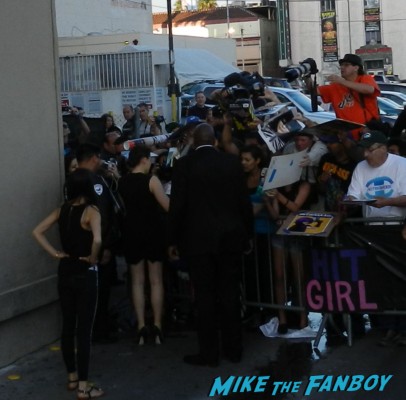 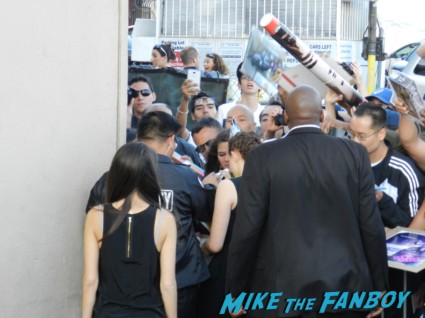 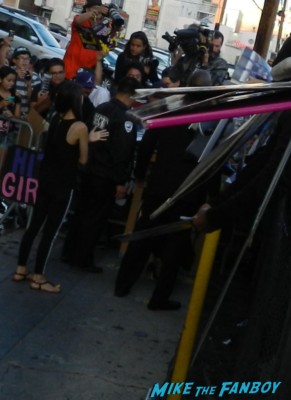 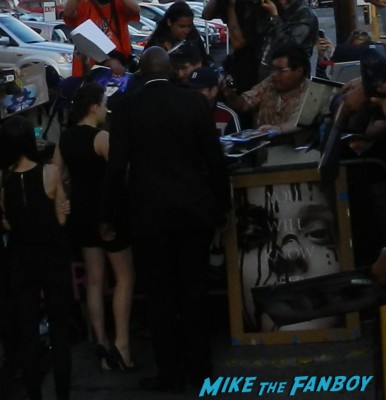 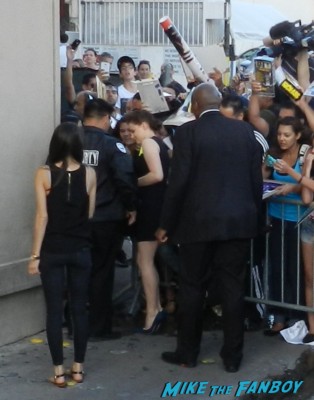 Once she hits the fence however, and I don’t know why but she stops way before me! Chloe Grace Moretz puts her head down and runs off.

I’ve got pretty good luck when it comes to getting people but this is ridiculous! Here’s a note, it’s worse when people come over and only sign for half the people there. Either do it or don’t. I’ve been on both ends of the coin. I’ve gotten people when they’ve only signed a couple and I’ve missed people when they only did half. It sucks when you get something and your friends don’t because you can’t get excited and when you don’t get something it just plain sucks. I hate it. Plus, she was signing and again from what I hear really nice. So what’s the deal security. She had to walk this way anyway? Why have her skip half the line and then cause everyone who missed her to run after the car or run into the street.

I’m going home and watching Sons of Anarchy to wash this day away! Ugh…