There are people who you love but just… Who just are not that cool.

One of those people for me is Liv Tyler. She’s never out and when she is, let’s just say she’s not that cool.

Liv is doing a rare talk show appearance along with Conor McGregor the MMA fighter.

I arrived and there was a bit of a crowd for Conor McGregor. But I was able to get a front row spot on the barricade.

Scotty soon joined me and we played the waiting game.

Liv Tyler arrived and did a wave and bolted inside. Ugh… That doesn’t look good. 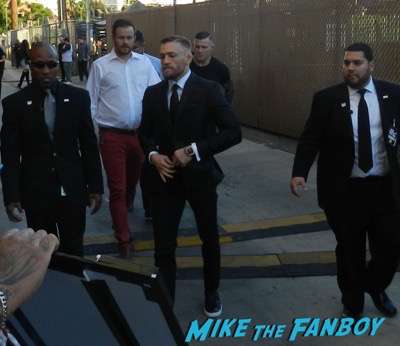 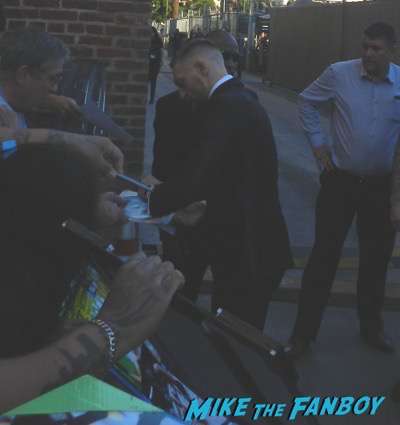 Then Conor McGregor arrived. He came right on over and signed for people. He didn’t make it down the full line but said he would come back. 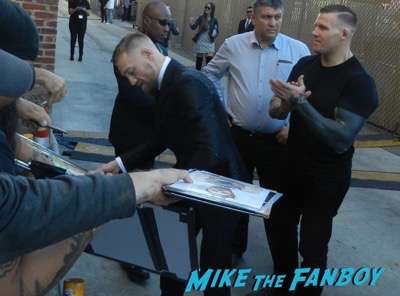 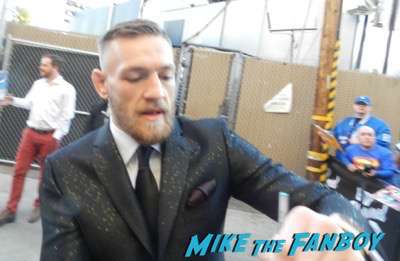 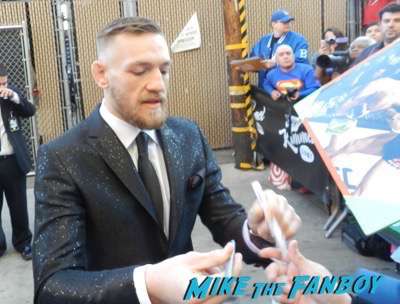 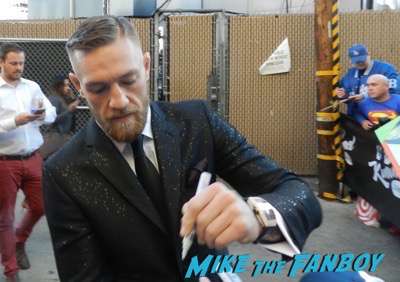 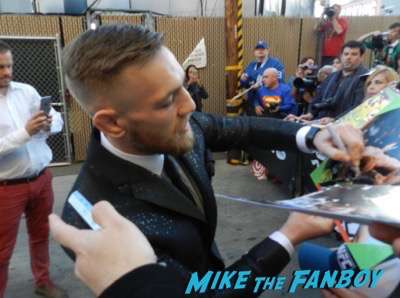 I was able to get my photo signed so that was good. 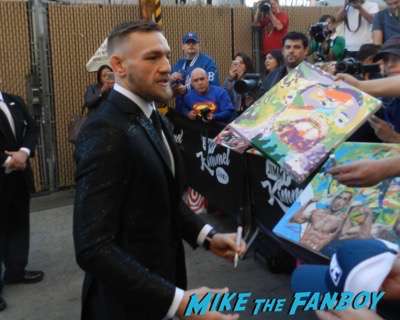 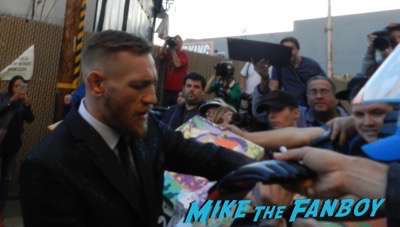 And now, we wait for Liv to leave.

As I previously mentioned Ben Affleck showed up and was really nice. You can check that out here.

As the minutes, hours, ticked by, I kept quoting Aerosmith songs. I couldn’t help it to be honest.

Because Liv Tyler is clearly Crazy and Doesn’t Want To Miss A Thing. Yep, that’s what the conversation entailed.

Sadly, security put up a big giant black wall. What I didn’t know is that is was only for our side. A bunch of people ran to the other side and could see clearly.

I saw the flashes of light and heard people yelling for Liv. I tried to run around, but it was no use. She didn’t sign, she just ran to her car and tore off.

Sigh… Maybe she didn’t want to miss a thing? Maybe? 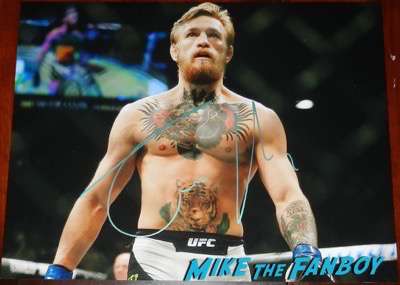