It’s a nice Sunday afternoon and I’m hanging out with The Lovely Erica and The Scott Files. Scott really wants a photo with Logan Marshall Green who was in Prometheus and since Erica and I both have Prometheus mini posters… We have to get them signed right?

Logan is doing a play at a theater here in Los Angeles called, Miss Julie, and we’re going to have a review of it posted soon. In the meantime we’re going to head on over to try and get Logan on our stuff. At a different play in the same theater (two stages one location) is Freddie Rodriguez from Six Feet Under.

Now, I’m a huge Six Feet Under fan. It’s one of my favorite shows of all time, as Erica like to remind me… “it’s art.” Okay, I may have babbled that to Alan Ball one time, but I was sincere about my babble.

So, off we go… Honestly, there are so many times I love meeting people who are not as large as say… Angelina Jolie. Generally speaking, it’s a nice pleasant encounter, you get a m to talk, and it’s nice.

We arrived at the theater and we’re hanging out. We got here a little early and had a horrible lunch. LOL… My stomach is not feeling it. lol… 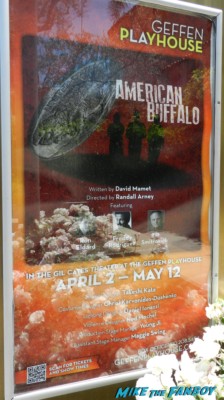 In fact, I think this contributed to the fact that Scott, Erica and I missed Logan walking right past us! sigh… I said… Is that him and he went right on in… Fanboy Fail! LOL…

Only us… Seriously… Ah well… 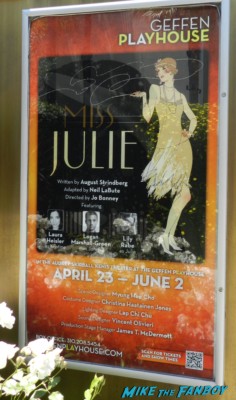 After a few hot seconds, I see a car and it’s Freddy Rodriguez, he’s dropping off a box of gift bags. It’s the last day of his play… Ahhhh, that’s adorable!

Freddy took in the gift bags and then I asked him if he would mind signing. Erica snapped a couple candid photos. 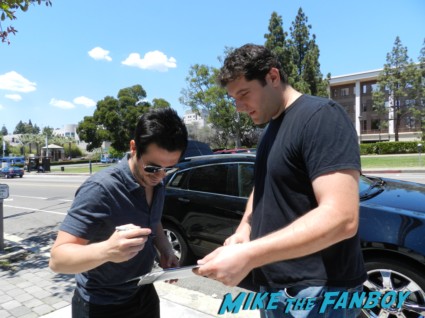 Freddie was super nice. He signed my Six Feet Under mini poster which has seen better days.

I’m convincing myself it will be fine once it’s framed.

Then I showed Freddie my mini poster for the new movie CBGB, which I’m really excited for. He actually never saw it and we chatted about it for a hot second. 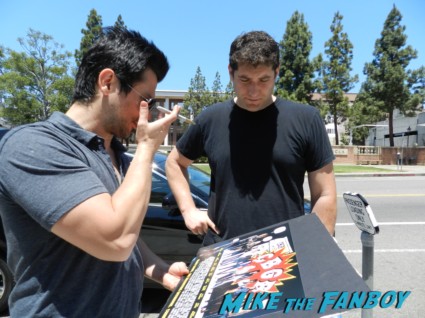 He kept staring at it and said, he really liked how the movie came out. 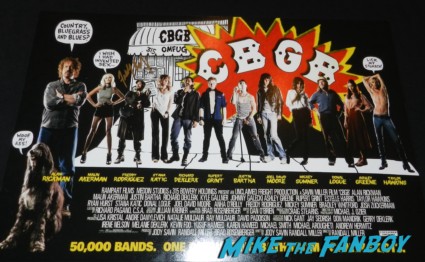 I love that era of music so I can’t wait for that film. 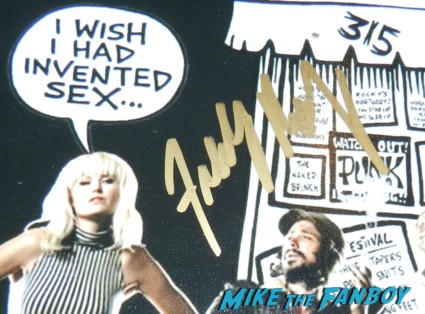 Plus with a cast that includes Malin Akerman, Alan Rickman, and more… It’s going to be good. 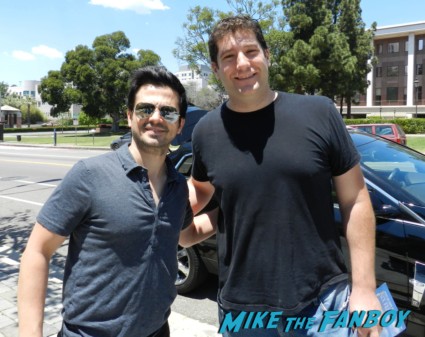 That was pretty awesome. A good start to the day right?

So, The Scott Files went into the play and like I said, we’re going to have a review coming up. #goseeit

Erica and I hung out for a bit, got some boba, bought some magazines, and headed back to see the play let out. Scott left and was really excited to meet Logan Marshall-Green. He’s been a fan for a while an it was funny to see him getting nervous.

A couple minutes later out comes Logan Marshall-Green and Erica approached him and asked if he would mind signing. He was very nice and cordial. Signing Erica’s poster and then my two mini posters. Erica has an awesome Prometheus mini poster from the premiere. And Logan Marshall-Green commented on the fact that they were the lenticular versions. 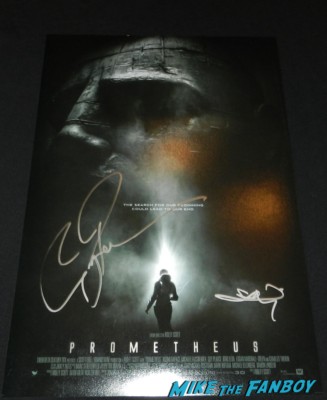 Then Erica said, “would you mind if my friend gets a photo, he’s a huge fan.” pointing to Scott. Logan Marshall-Green was like sure! He said, ‘Hi, I’m Logan.” and then took the photo with Scott. 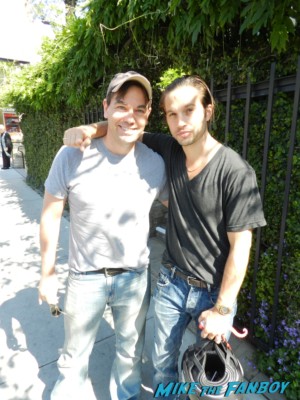 I got a quick photo as well and we thanked him. 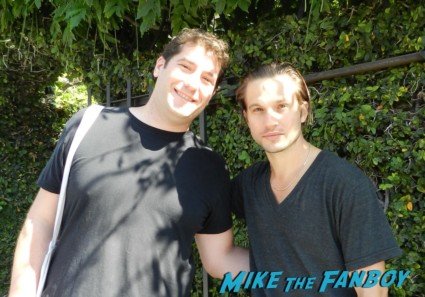 Short, sweet and nice. Plus we chatted about the play for a hot second.

I love days like this. Fun, simple and easy. 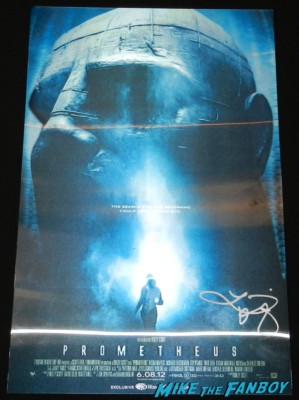