One of my most anticipated movies of the summer is Prometheus. I’ve been looking forward to it for a long long time. Ridley Scott returning to Alien… After all this time. How can you not love it!

Erica is also a huge fan of the franchise and decided to head over the pond to check out the premiere! That’s right guys, all the way to the UK! Talk about racking up those Frequent Fanboy miles!

Check out Erica’s recap of the day after the jump!

My very, very first movie premiere was in 1987 when, on vacation in London, The Living Daylights was having its royal premiere. The entire area was closed off so we wound up watching all the star-studded arrivals on TV in the hotel, (including the part where Princess Diana breaks a bottle on Prince Charles’ head).

Fast forward many years later and I’m in London for the world premiere of Prometheus! This time, I’m prepared and have my 3D (lenticular) mini-poster from Wondercon which proves to be my savior for this day! 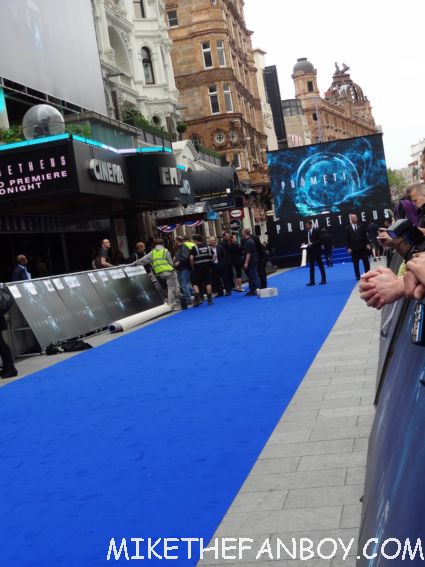 I have a good view to see all the arrivals, but London premieres are 3x more chaotic than LA premieres and there is a lot of random luck needed!

Thankfully I met Guy Pearce in LA since he, like quite a few others, skipped my section. 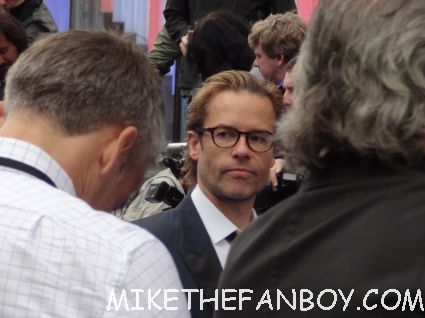 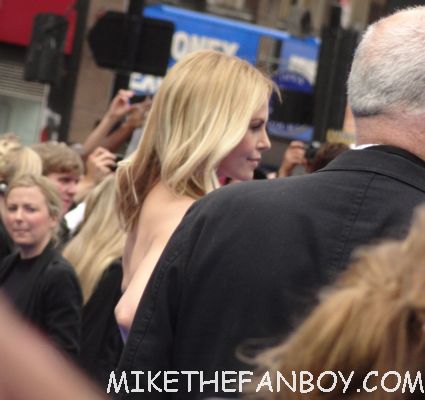 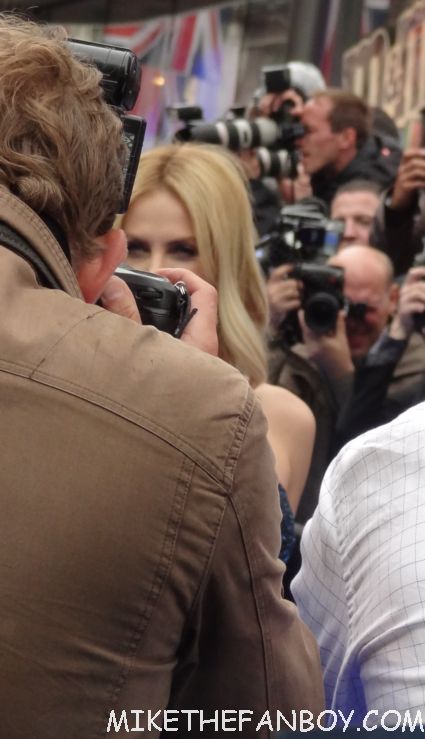 However, my luck starts to change a bit later and it’s all due to my 3D poster:

Reason #1 As soon as the first person arrives, it starts to rain. Since I have a waterproof poster, it’s one less thing to worry about.

Reason #2 It helps to attract attention since no one else had one. HR Giger (the artist who designed the Alien) is actually here for the premiere (!!) and his assistant made sure he came over to sign my poster. Woo hoo! 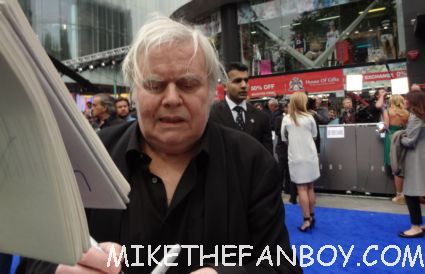 Reason #3 It looks cool! Sir Ridley’s girlfriend took extra pains to make sure he signed for me (thank you!!!). Ridley took one look and snapped his head back – he points to my poster and says: “That’s in 3D!” I respond “Aren’t you used to seeing things in 3D now?” and he chuckles. 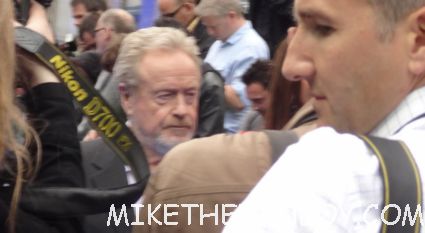 The hero of the carpet was Michael Fassbender – the one person who made sure he covered the entire fan pit! He’s been great with fans each time I’ve seen him. Love him! 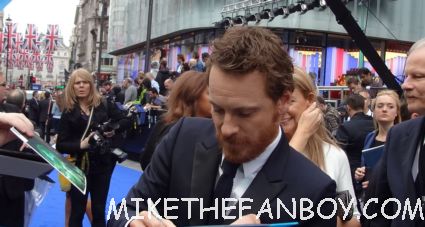 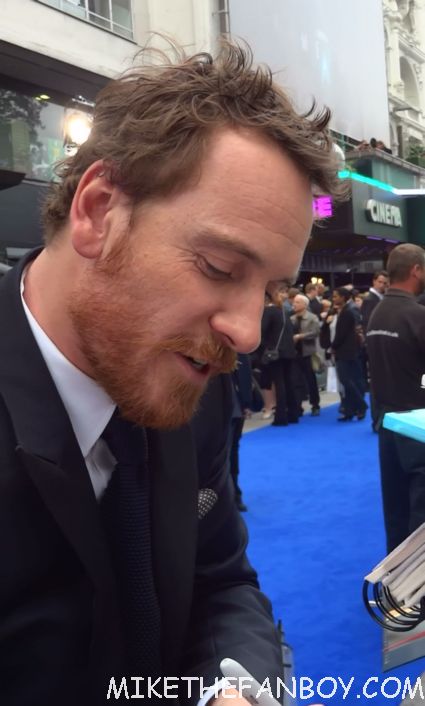 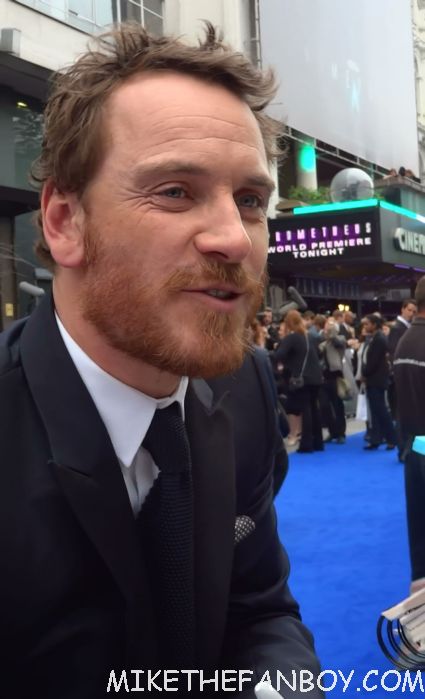 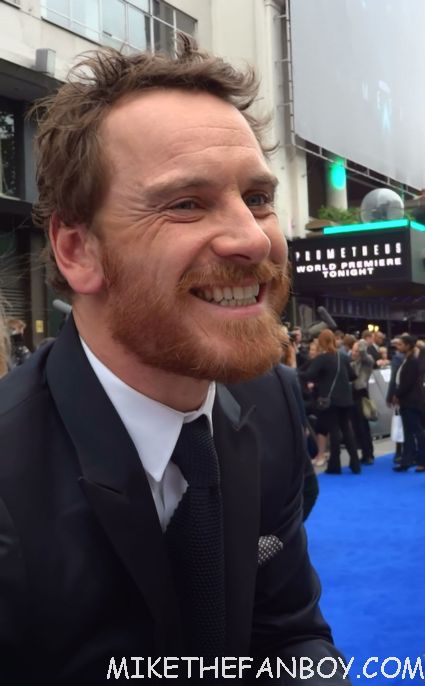 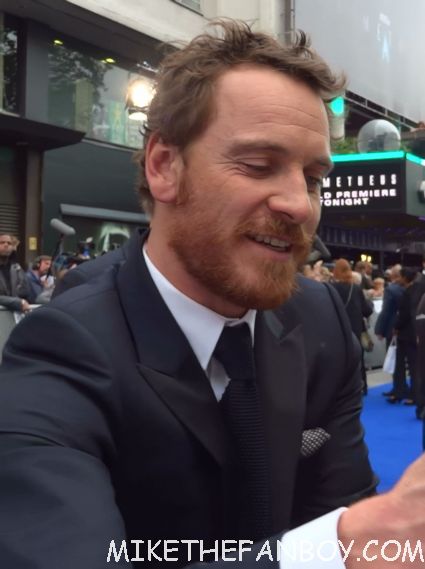 Noomi Rapace arrives a bit later and thankfully signs in my area. Yeah!
Unfortuantely she signed pretty crappy and right over Michael. Boo!
At least they used different colored pens so you can tell them apart. 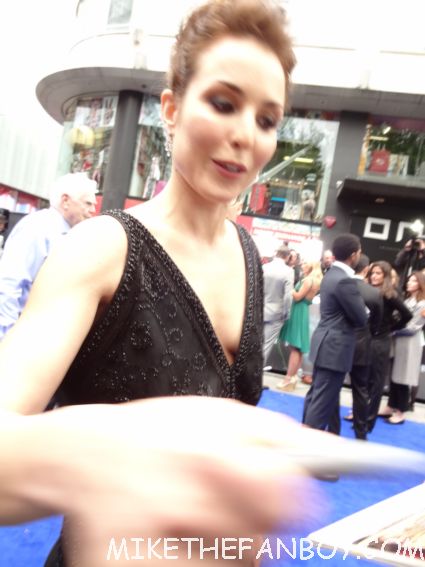 I’m also able to get a few other supporting cast members including Kate Dickie, Benedict Wong and Sean Harris. Overall, I’m pleased with getting Ridley, HR Giger and the marvelous Michael Fassbender so it’s a good day. 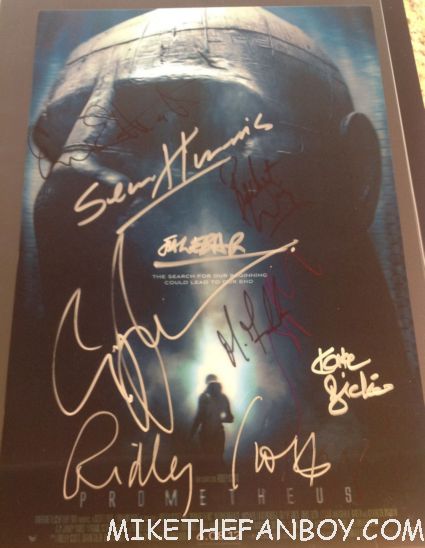 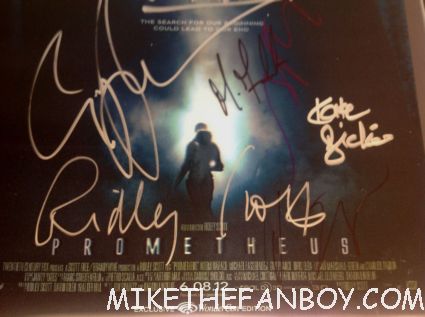