So, here’s a little story. It starts out with Comic Con of 2013. On Saturday, they had some great signings. Gravity with Sandra Bullock, Edge of Tomorrow with Tom Cruise… That’s pretty damn good.

Flash to 2014. When signings for The Hobbit and Mad Max were announced, I was pretty stoked. Now, the participants for both were TBA, so there was no guarantee. When I talked to some people at WB they said “Oh, Tom Hardy and Charlize Theron.” I was like… Oh hell yes.

I figure worse case scenario. Only Tom Hardy would show, but I love Tom Hardy so even that would be okay.

The camp out begins, Suddenly Susan, Billy Beer, myself, Alan, and a few others take turns in the line of death that is the exhibit hall line.

We were all smelling fresh as you can imagine.

Then we make the mad dash to hall H. There was yelling, there was fighting, oh… it was nuts.

Finally, it’s my turn and luckily, I got a wristband! Woo to the hoo!

It’s first thing in the morning, so after going through the FOX line I head down. 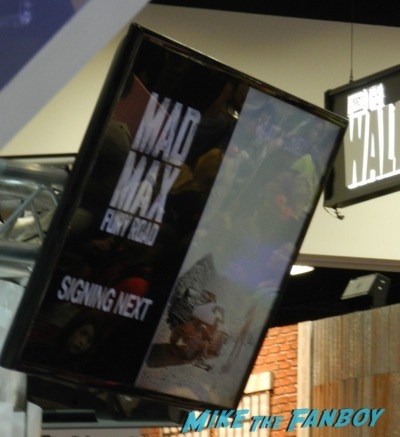 I was stoked, Billy, Susan, The Other Mike, all of us I think opted for this one. Then… dread.

Even though we were “told” it was the two stars, all I could see was the director’s name placard. Oh dear. This might just bode badly.

Everyone in line was in a state of panic. Who was going to be here? and then…. Our worst fears were confirmed. It was simply director George Miller.

And you feel bad for George Miller, the man directed every Mad Max movie, Witches of Eastwick, etc.. and was really nice…. But… let’s face it, you’re not going to camp out overnight for George Miller. 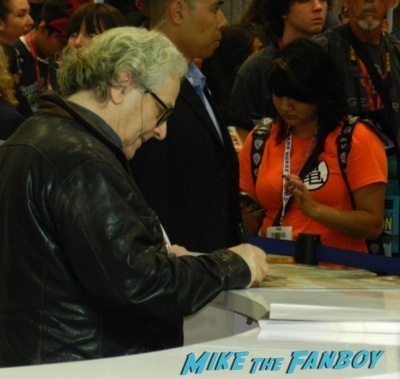 We headed up one by one and got our posters. It really was a letdown.

But what can you do right?

This started off the disaster that was my saturday at SDCC. Sigh… 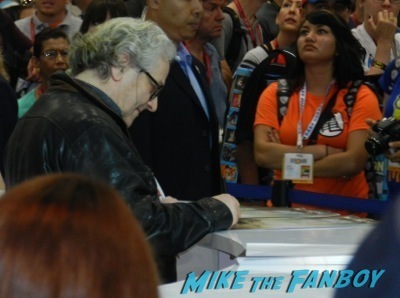 This one still hurts. At the very least WB could have said, hey it’s only the director in the listing and not spread the rumor that Hardy and Theron would be there.

Oh well… Lesson learned… When in doubt, pick The Hobbit! 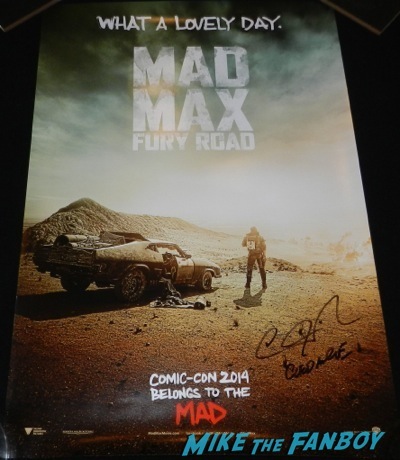