I was just here thinking of some stuff and since the awesome Ms. Pinky is freezing her little butt off at Sundance, I thought I would do this weeks Manic Monday. But what to do… What to do?

Then it hit me… Cougar Town has just premiered on TBS (and I’m going to have an awesome write up about when I visited the set) but this… This Manic Monday is the first time I met Courteney Cox.

Now, it’s not secret I love Courteney Cox! LOVE HER! And I had this really random piece of memorabilia I wanted her to sign. Okay, I might own her original hero costume from Scream 2. There, I said it. Don’t judge me.

Anyway, so I decided I really want Courteney Cox to sign her costume from Scream 2 and so I brought the top with me. Yes, here I am with a woman’s top and a silver sharpie. How did this get to be my life? LOL… Oh, I chose it. Ah, that’s right.

My friend and I waited and waited for Courteney Cox to leave. She was taping a talk show and I believe she was promoting Dirt at this point. It was before Cougar Town but after Friends.

Anyway, we waited and waited. Security came over and asked us if we were waiting for Courteney. We said yes and he said he would ask her if she would come over. Then he asked what we had for her to sign. I said, “Her costume from Scream 2.” The security looked at me and said, “Okay…” lol… Only me…

Courteney Cox came out and we were waved over. Courteney Cox was so sweet, she remarked about the costume and was happy to sign it. 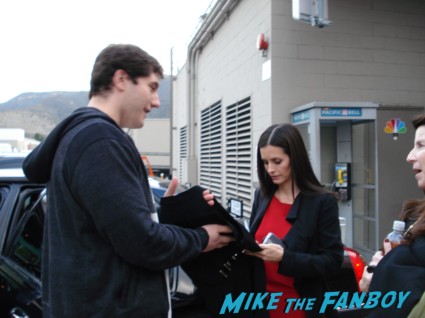 She even commented about how cool it was that I had it and how sick she was of signing 8 x 10 photos. 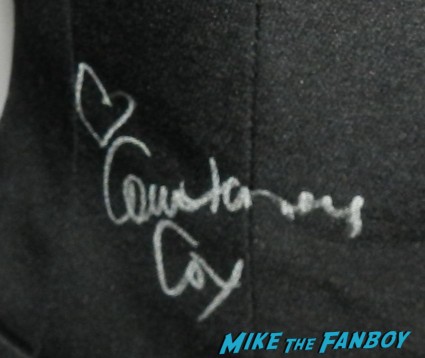 Courteney was happy to pose for a photo as well and was very sweet. 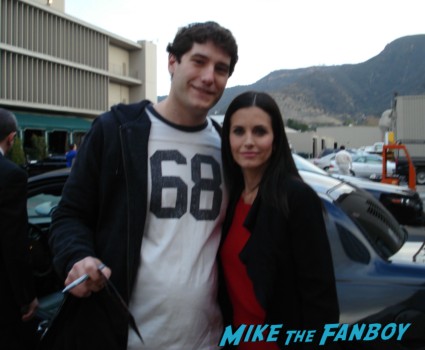 Out of all the cast of friends, Courteney is most definitely the coolest. And I have to tell you, Monica is and will always be my favorite Friend! 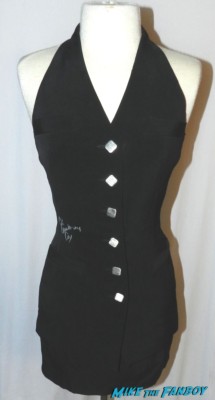